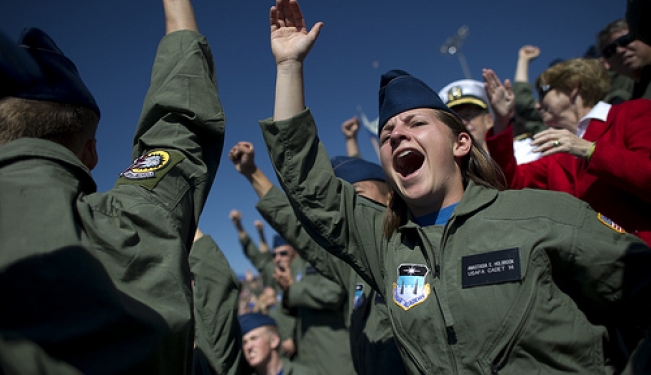 Critical insight into the Department of Defense's policies on hiring independent contractors.

In the ten years since the tragic events of September 11th 2001, the U.S. Department of Defense (DoD) has undergone a metamorphosis, adding hundreds of thousands of personnel to its payroll. But, the vast majority of them do not wear military uniforms and many are not even American citizens – they are service contractors. In Iraq and Afghanistan contractors outnumber DoD uniformed personnel and nearly 75% are not U.S. citizens, according to a recent analysis by the Congressional Research Service. In fact, the DoD could fire more than 100,000 contract workers in Iraq and Afghanistan without firing a single American.

The rise of contractors at the DoD has been extraordinarily costly for taxpayers. The Commission on Wartime Contracting recently reported that U.S. taxpayers have lost more than $30 billion—and perhaps up to $60 billion— to contract waste and fraud in Iraq and Afghanistan. Overall contractors are the most expensive component of DoD personnel. Since fiscal year 2003, when the war in Iraq began, more than half of all spending on U.S. national security has gone to Department of Defense (DoD) contractors. Spending on weapons programs has long been dominated by contractors. A much lesser known fact is that contractors also receive a majority of all dollars spent on DoD personnel. In other words, DoD service contractors earn more than all DoD uniformed personnel, even though there are more uniformed personnel than service contractors. Should we really be paying more of our tax dollars to defense service contractors than to all of our men and women in uniform?

The exorbitant cost of contractors has contributed significantly to the massive increase in defense spending since September 11th. U.S. defense spending is now higher than at any point during the Cold War, even adjusting for inflation. No other country in the world even comes close to the amount we spend. While some argue that cuts to defense spending would be “devastating,” given the rise of China, the simple fact is that the U.S. spends more than five times as much on defense as China. In fact, the U.S. spends nearly as much on national security as the rest of the world combined.

As we commemorate the tenth anniversary of the tragic events of September 11th, we should take comfort in the fact that all attempted terrorist attacks on U.S. soil since that fateful day, known and unknown to the public, have been thwarted. We should also look towards the future of national security – being mindful of Admiral Mike Mullen’s reminder that the national debt is now our greatest security threat – and ask policymakers to defend us from excessive defense spending.