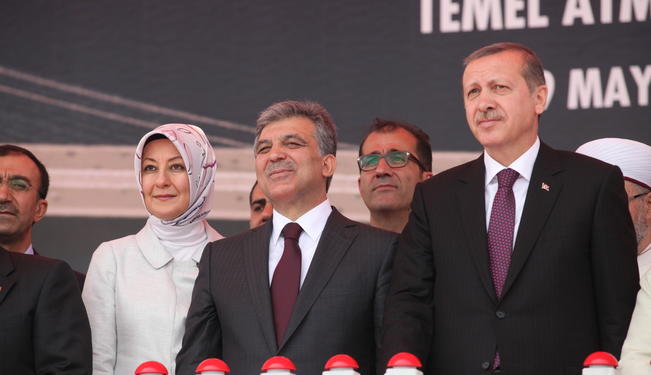 Corruption cases have a devastating impact on political parties. Turkey was recently hit by a corruption probe that shook the country's government. On December 17, 2013, Turkish police detained over 50 people as part of an investigation into alleged corruption.

What made the probe significant was the fact that three of the detained were sons of ministers in the ruling Justice and Development Party (AK Party).

The Impact on the AK Party

The investigation has the potential to harm the AK Party's image. The AK Party came to power in a landslide victory in the 2002 elections with stated commitments against corruption, which was a characteristic of previous Turkish governments. Prime Minister Recep Tayyip Erdogan’s most noticeable argument was his claim of being different to previous administrations in terms of fighting corruption.

Therefore, accusations of corruption have the potential to negatively impact the AK Party government, which has gained public sympathy for its democratization efforts and clean politics, more so than any political party in Turkey.

Nevertheless, the impact of the probe on Turkish politics is highly related to how the government will handle the issue, since it may damage the political bases the AK Party stands on. The AK Party's commitment to fight against corruption should always be on the agenda. Otherwise, to remain indifferent to the allegations of corruption will be costly for the government in the upcoming elections.

However, there is another side of the coin in the corruption probe capturing the attention of Turkish media more than the accusations themselves. The political effects of the probe are on the agenda rather than its legal side.

The investigation may be affected by public opinion due to the fact that over 50 people, charged with allegations from three separate incidents, were arrested at the same time as if the cases were related to one another. For many, this raises serious questions over the legitimacy of the charges.

This is why the AK Party considers the corruption investigation to be a politically engineered plan as well as an attempt to influence the upcoming vote — Turkey is set to hold local elections in March, presidential elections in July, and general elections in 2015.

There is a certain perception shared by the majority of Turkish people regarding the corruption probe. It is highly plausible that members of the Gülen movement from within the ranks of the police force and the judiciary had something to do with the investigation.

Fethullah Gülen, the US-based conservative Islamist leader, has a vast network of schools within Turkey as well as outside and has been an important actor with recent developments. Gülen's followers hold key positions in certain government departments, especially within the police and judiciary — both of which are conducting the investigation.

It is not new to Turkey that Gülen’s conservative movement has spoken out against governmental policies. Therefore, the current probe can actually be seen as a continuation of previous stances and actions by the group.

The movement's first opposition to the AK Party can be traced back to the Mavi Marmara incident in May 2010, when nine activists were killed and dozens wounded after Israeli commandos raided an aid flotilla heading from Istanbul to the Gaza Strip. The Gülen movement never approved of the Turkish government’s stance against Israel following the incident as well as the AK Party's foreign policy, especially on Syria.

Another crack in the former alliance between the Gülen movement and the AK Party developed in connection with the Kurds. Erdogan’s government initiated the ongoing peace process, with Abdullah Öcalan and the Kurdistan Workers' Party (PKK) at the center of negotiations.

Followers of the Gülen movement, however, conducted court cases against the Union of Communities in Kurdistan (KCK), the umbrella organization of the PKK. The cases still have the potential to undermine the Turkish government’s peace process with the Kurds.

The well-known February 7 crisis was a key turning point. The pro-Gülen prosecutor conducting the KCK case called upon Hakan Fidan, the chief of National Intelligence Organization (MIT), following talks in Oslo between the MIT and PKK over the disarmament of the Kurdish group. That signaled a direct attack by the Gülen movement against the will of an elected government in its bid to solve the Kurdish issue.

The last but not less important move by the Gülen movement took place after the Turkish government revealed its plan to abolish private prep schools, since they lead to inequality of opportunities among students. As the Gülen movement owns approximately 20-25% of those schools, it conducted a widespread campaign against the AK Party and employed all of its means, including television channels, newspapers, social media and judicial-bureaucratic power. This also resulted in the December 17 corruption probe.

After the investigation was initiated, Gülen broadcasted four different speeches of his own regarding the case where he threatened the AK Party. Although Gülen denies the movement's role in the ongoing corruption investigation, his letter issued to Turkish President Abdullah Gül can be read as a quiet confession that the group was behind the probe.

However, there is evidence that the Gülen movement's members infiltrated the judiciary, police, and the country's bureaucratic channels. Plus, the pro-Gülen prosecutors and police officers launched a secret corruption probe against the AK Party government.

All these developments led to the ongoing debate over a power struggle between the AK Party and the Gülen movement that overshadowed conversations regarding the actual corruption allegations.

Other than the easily remembered details — such as the money found in shoeboxes in Süleyman Aslan’s house — of the police-judiciary joint operation that was professionally leaked to the Gülen movement's media outlets, no one knows the exact content of the corruption charges.

The AKP and numerous commentators emphasized the unlawfulness of the probe since the unrelated investigations, charges, and cases were merged into a single file and portrayed to the Turkish public as if there was a corrupted organization within the government. Another reason was the fact that the investigation has been secretly carried out for 18 months by a few prosecutors who did not inform their superiors within the judiciary.

Considering the amount of alleged corruption money, said to be approximately 133 million Turkish lira or $64.5 million, it is impossible for a single prosecutor to handle the case on their own. An investigation of this magnitude requires one to handle millions of pages and could only be executed by a few members of law enforcement. That is why the High Council of Judges and Prosecutors (HSYK) appointed five prosecutors to investigate the case properly.

There is also the claim that although the investigation had been completed months before, the police-judiciary operation was carried out immediately after the private prep school discussions had begun.

Since the start of the probe, Gülenist media such as Zaman, Bugün, Today’s Zaman, and some TV channels have accused the AK Party of reassigning the police officers who were carrying out the operations and of influencing the judiciary. However, some images of the operation were handed to pro-Gülen media organizations by the police or judiciary itself, while it is illegal to leak evidence.

Later, several judicial bodies voiced their concern regarding the ongoing probe. Two prosecutors, who ordered the corruption investigation on December 17 and 25, stand accused of misconduct while carrying out operations. The prosecutor of the second case was also removed from one phase of the corruption investigation, following allegations that he had violated the confidentiality of the probe by the HSYK.

Istanbul Chief Public Prosecutor Turan Çolakkadı held a press conference and criticized the prosecutor for the way he handled the case. Çolakkadı also hinted that it might have been the prosecutor who had leaked some information regarding the investigation to the media.

The Impact of the Probe on Turkish Politics

In sum, these developments have allowed Turkey's corruption probe to evolve into a discussion about a power struggle between the AK Party and the Gülen movement. It has led to a belief that there is a hidden political agenda behind the allegations.

At this point, the corruption investigation has a particular aim to influence civilian politics. The Gülen movement’s actions highlight the fact that the group has developed an autonomous structure within the state. The movement acts according to priorities of its own group rather than the ones of Turkey.

Such an organization does not have any legitimacy, nor any legal basis. The Gülen movement prioritizes its group identity and interest over public ones. Moreover, it exerts power to benefit its group agenda, even though it lacks democratic legitimacy for doing so. The unlawful nature of the group’s activities turns it into a legal issue and provides the ground for the AK Party to take further action.

Therefore, there are two main scenarios for Turkey — both of which will directly influence the election results. Public opinion is predisposed to see the corruption investigation as an attempt to tarnish the AK Party's image just before the upcoming polls. On the one hand, if the AK Party tries to cover up the allegations, it will harm the very basis that its political success depends upon. On the other hand, if the government persists and solves the issue, the AK Party will reap the rewards.

The AK Party's commitment and ability to fight against autonomous groups within Turkey should not lead them to overlook the allegations of corruption, because the cost will be dramatically paid for at the upcoming elections.