The proliferation of terrorist attacks like the Bardo Museum incident in March have put pressure on Tunisian authorities. Terrorism has moved from the mountains and border zones to urban areas. Instead of targeting security forces and the military, these attacks now focus on politicians and civilians.

With this radical shift in terrorist strategy, a host of intellectuals, journalists and security specialists, along with many Tunisian nationals, have called for a prompt revival of the Anti-Terrorism Law, which was previously introduced by the regime of former President Zine el-Abidine Ben Ali in 2003. The heated debate over this law, which Ben Ali exploited to liquidate and crush political opponents, was sparked shortly after the tragic attack on the Bardo National Museum, which caused 22 deaths.

There have been relatively minor amendments to the law after the 2011 revolution. Observers expect the law in its latest version to be presented in front of parliament for ratification, having been approved by the council of ministers on April 8.

Supporters of the Counter-Terrorism Act consider the new legislation to be a guarantee for enforcing the authority of the state and affirming its determination to fight terrorism. They believe this law can remarkably reduce the number of Tunisians affiliated with extremist groups, as it consists of harsh punitive sanctions that leave anyone suspected of terrorism with no leeway to escape punishment.

Key sections of the law include Chapter 11: “Whoever intentionally disrupts in any manner whatsoever the normal operations and the smooth running of military institutions and establishments shall be punished by imprisonment for a term of three years and a fine of 15,000 dinars.” Another important section is enshrined in Chapter 14: “Whoever participates, among unarmed assemblies, in any attack on the institutions and establishments of the armed forces shall be punished by imprisonment for ten years and a fine of 50,000 dinars. The penalty is doubled for whoever carries a hidden or a wholly or partially visible weapon.”

Supporters also see the Counter-Terrorism Act as a way to enable security officers to take the initiative in tracking, chasing and gunning down suspects in case of non-compliance with the orders of the police and armed forces. It will allow authorities to confiscate money and property of individuals, groups, associations, charitable organizations or citizens who are suspected of having any affiliation with groups labeled as extremist.

During the term of former acting-Prime Minister Mehdi Jomaa, and during the reign of incumbent Prime Minister Habib Essid, a large number of nongovernmental organizations (NGO), private educational institutions, Islamic kindergartens and media outlets were dissolved on the grounds that they incited terrorism, contributed to the dissemination of extremist ideas or provided logistical support to terrorists. Their funds and assets were seized not following a decision announced by an official court, but according to the provisions of a decree issued by a “crisis cell” composed of Prime Minister Essid and the ministers of interior, defense, foreign affairs and justice.

Further adding to the ambiguity of the Anti-Terrorism Law are paradoxical declarations by Tunisian officials. Minister of Justice Mohammed Salah Ben Aissa told al-Araby al-Jadeed on March 14 that the “anti-terrorism law safeguards freedoms” and is consistent with the protection of liberties. However, Tunisian President Beji Caid Essebsi said after the bloody terrorist attack on the Bardo Museum that “freedom ends when terrorism begins.”

Such an assertion has raised concern among observers and human rights activists. Analysts argue that President Essebsi’s speech reveals the endeavor of Tunisia’s ruling regime to limit freedoms in its fight against terrorism, thus giving precedence to security over human rights in this difficult transitional phase. Justifiably, fears are heightened when one recognizes the implications of the new Anti-Terrorism Law.

The draft law provides victims of terrorism with guarantees of compensation, thereby entitling them to free health care. However, it also includes a number of gaps and flaws. It enables the government to crack down on public and personal freedoms—such as freedom of belief, opinion and expression through, among other things, censorship on Facebook and bank accounts—while disregarding the requirements for fair trials of suspects. The new law, by giving priority to security measures, legitimizes tightening control over the personal data of Tunisian citizens through strategies such as wire-tapping, surveillance of electronic correspondence and monitoring online social networks. One of its other aims is to prevent access to terrorist-related websites on cellphones.

The draft of the new law does not include sufficient judicial control procedures that enable the judiciary to check and counterbalance the executive branch and its security agencies through supervision. It seems the government’s agenda is to expand the powers of security officers in dealing with the problem of terrorism. The Anti-Terrorism Law, as it stands, gives judges exceptionally broad powers, enabling them to order non-public trials, restrict the presence of lawyers and bar the presence of the media or human rights organizations. The crux of the problem in the draft of the Anti-Terrorism Law lies in the fact that it does not supply a specific and conceptually clear definition of “terrorism.” Its definition of terrorism as “each individual or collective project that aims, by its very nature or context, to spread terror” is broad. It serves to legitimize strict state control over the public sphere, making it possible for the government to crack down on the right to protest.

Particularly worrying is that Article 13 of the law considers “damaging public and private property or public facilities and disrupting transportation” to be terrorist offenses. This provision redefines, albeit indirectly, any popular protest action such as demonstrations. Sit-ins in public squares, streets and roads—as forms of protest against the country’s economic or social policies—become instances of terrorist acts endangering public good and threats to social peace and national security. In this draft law, it is viable to find the seeds of future power abuse that will culminate in cracking down on the freedom of assembly and protest, and in the containment of citizens in public life.

In this critical period of Tunisia’s transition from a dictatorship to a democracy, the Anti-Terrorism Law draws legitimacy from a variety of factors. The security of the country and regional concerns in North Africa—due to the conflict in Libya, the rising tension at the border with Algeria and fear of the Islamic State’s emergence in Tunisia—explain the siren call for the ratification of the Counter-Terrorism Act.

But the law in its entirety must be adapted to the new developments that have changed the status of human rights in Tunisia since the 2011 revolution. To defend the argument of “safety and security” to the exclusion of the fundamental rights of citizens is dangerous, because it may lead to a new conflict between the state and citizens and to a strained relationship between citizens, the police and security officers.

The ratification of the Counter-Terrorism Act, without introducing crucial revisions, may lead Tunisians to live once again under the tightened grip of a repressive police state. It is true that counterterrorism is essential in order to ensure public safety. But in order to succeed, it requires awareness-raising over the dangers of extremism, a reform of security policy, the education and training of police officers and a restructuring of the armed forces.

Extremism cannot be completely eradicated by simply enacting punitive laws. Successful counterterrorism measures also entail a diagnosis of the reasons behind extremism. Fundamentally, such initiatives should involve the adoption of cultural, psychological, educational, social and economic policies to effectively deal with extremists.

The main concern for Tunisia is how to guarantee security while avoiding any attempt to jeopardize the country’s newly gained civil liberties. Therefore, in reviewing the articles of the law, legislators must give the fight against terrorism the importance it is due, but without violating human rights.

The Tunisian citizen of today is what we might call a parody of the Cartesian argument: “I think, therefore I am.” Unlike 2010, Tunisians of 2015 are more likely to hold a placard that states: “I am a citizen, therefore I am free. I am free, therefore, I am.” 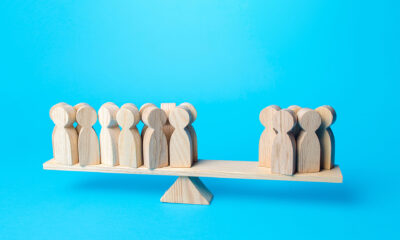 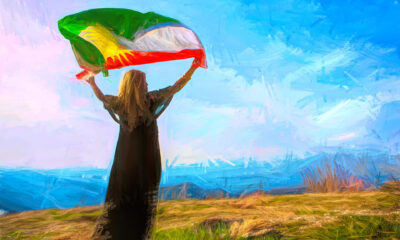 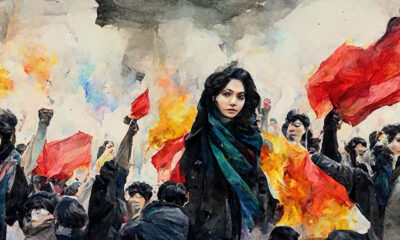