If refugees formed a country, it would be the 24th most populous in the world.

To paraphrase William Gibson, the post-apocalypse is already here—it’s just not evenly distributed.

Many of our post-apocalyptic stories—Mad Max, The Road, World War Z—feature desperate people on the move in a friendless and resource-poor environment. The world hasn’t ended quite yet, but these modern nomads have nearly lost hope. Something terrible has happened in the past, and the future looks no less bleak. They are propelled, often without volition, from tragedy to tragedy. It’s an endless series of frying pans and fires.

That’s “reality” at the Cineplex. Unfortunately, it looks a lot like the reality of a refugee. Like the movie denizens of the dystopian future, today’s refugees are fleeing the end of their worlds and hoping to find safe haven somewhere else. The odds are long. Just ask the border guards.

According to the latest United Nations (UN) report, we face an unprecedented refugee crisis. Nearly 60 million people are now classified as refugees, more than at any time since such records have been kept. Perhaps our civilization won’t end with a bang or a whimper. We’ll all simply become—failed state after failed state—refugees in a heartless world.

Every day, 45,000 people slip into the post-apocalyptic world of refugeedom. Every month, the equivalent of a San Diego joins the surplus army of the dispossessed. In 2014 alone, 14 million people became refugees. More than half of all refugees are under the age of 18. I can’t think of a better way to prepare the next generation of angry, anti-state terrorists.

Here’s the most depressing statistic of them all: Of the 14.4 million people displaced from their countries, only 126,800 of them returned to those countries in 2014. That’s less than 1%, the lowest percentage of return in over 30 years.

The nearly 60 million refugees include the internally displaced, but not economic migrants or those who fled because of natural disaster. War and the collapse of states have been the primary sources of the crisis. According to The Washington Post: “The four-year-old war in Syria has been the single biggest driver of the surging numbers. Last year, 1 in 5 displaced persons worldwide was Syrian. The country in 2014 became the planet’s largest source of refugees, displacing Afghanistan, which had held that dubious distinction for three decades.”

If refugees formed a country, it would be the 24th most populous in the world, between South Africa and Italy.

Refugees usually make it into the headlines only when they try to storm the ramparts of the developed world. Only when hundreds of thousands of refugees have tried to bust their way into Europe, by boat across the Mediterranean, does the continent acknowledge a crisis—and then only begrudgingly.

Even though the refugee statistics for 2013 were almost as overwhelming as those of 2014, the issue didn’t hit the media in a big way until the European Union engaged in an epic fail. French journalist Sylvie Kauffman describes the tragedy as it developed this spring:

“Finding land borders locked, refugees had taken to the sea. Overwhelmed and frustrated by a lack of European solidarity, Italy had ended its Mediterranean rescue mission in December. Suddenly, the human tragedy was there for all Europeans to see: rickety boats capsizing every day; refugees drowning by the hundreds. So far this year, at least 1,868 people have died or disappeared in the Mediterranean, compared with 448 in the same period last year.”

But as the UN report makes clear, the burden has not fallen on Europe or the United States. Consider the example of Syrian refugees. The US, since the war began in that country, has taken in 700 unfortunates out of approximately 4 million. No, that’s not a typographical mistake. The Obama administration is willing to push the number up to 2,000 by this fall. But according to The Washington Post, “the plan is stirring pushback from Republican lawmakers in Congress, who are increasingly vocal about the fear that terrorists may sneak in with the refugees.”

The rich have not stepped up to the plate. Rather, it’s largely the poor who shoulder the responsibility of dealing with refugees. The developing world hosts 9 out of 10 refugees. The top host countries, in terms of the number of refugees per capita, are Lebanon, Jordan, Nauru, Chad, Djibouti, South Sudan, Turkey and Mauritania. Only when you get to the ninth place on the list does a truly rich country appear: Sweden. 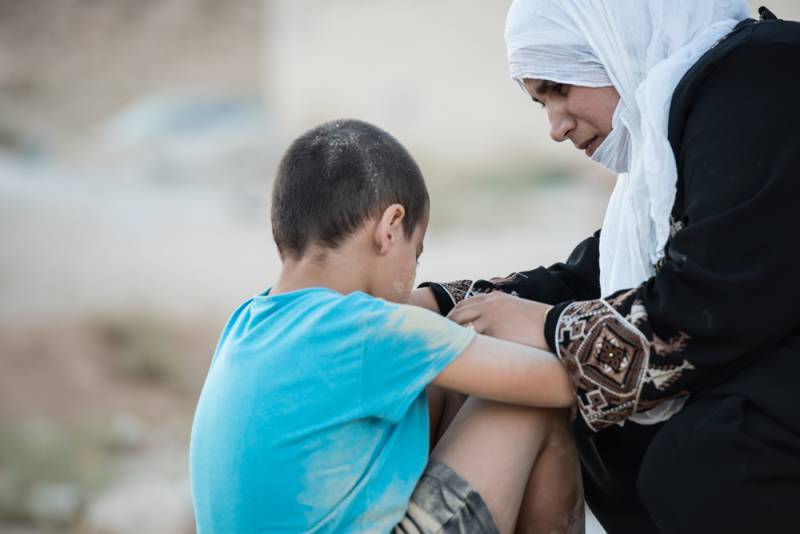 Post-apocalyptic films reflect a collective anxiety that the developed world can fall easily into the pell-mell war of all against all. We’re all just one natural disaster away from hell on earth—just ask the denizens of New Orleans during the Katrina crisis or the Japanese near the site of the Fukushima meltdown. First comes the taste of internal displacement. Then comes the breakdown of all order. The poor and the war weary can tell us all about it.

Refugees don’t vote. What little money they once had has gone to pay the coyotes and the traffickers that facilitated their escape. With no power or voice, they elicit little interest from the economically and politically powerful. They are truly the most disenfranchised people on earth.

It’s no surprise, then, that Pope Francis has singled them out for special attention. In 2013, in his first official trip outside Rome as the new pope, Francis visited Lampedusa, a tiny island off of Sicily. There he held a mass to call attention to the thousands who had died in attempting the crossing from Africa to Europe. He railed against what he called the “globalization of indifference.”

In his latest encyclical devoted to the dangers of climate change, Pope Francis made sure to address the impact of the growing environmental crisis on refugees:

“There has been a tragic rise in the number of migrants seeking to flee from the growing poverty caused by environmental degradation. They are not recognized by international conventions as refugees; they bear the loss of the lives they have left behind, without enjoying any legal protection whatsoever. Sadly, there is widespread indifference to such suffering, which is even now taking place throughout our world. Our lack of response to these tragedies involving our brothers and sisters points to the loss of that sense of responsibility for our fellow men and women upon which all civil society is founded.”

At some point, the number of refugees fleeing drought, soil erosion, rising waters and the like will rival the refugees of war. But the refugees of war can go to peaceful countries and hope that one day the conflicts in their own countries will subside. In a world transformed by climate change, where can the environmental refugees go?

We take care of our own, or so the saying goes. The luckiest refugees have families to welcome them in. Sometimes the dispossessed can find refuge among fellow nationals: in the Syrian community in Turkey, the Somali community in Kenya, the Ukrainian community in Poland. Co-religionists provide shelter through churches, synagogues, mosques.

But the current refugee crisis has overwhelmed these traditional bonds of solidarity. Family, nation and religion no longer provide sufficient sanctuary. Indifference, as the pope has stressed, is global. Solidarity must similarly go global. The richer half of the globe must open its doors at least to the extent that the poorer half already has. Simply put, we have the resources to do so. We just don’t have the will.

It goes without saying that to reduce the number of refugees in any significant way will require addressing the roots of the crisis: the wars, the persecutions, the unchecked climate change. But that’s a function of money, diplomacy and policy.

The pope is getting at something else—our loss of responsibility for our neighbors irrespective of who they are and how they might relate to us. They are humans, the pope reminds us. That’s all we need to know. 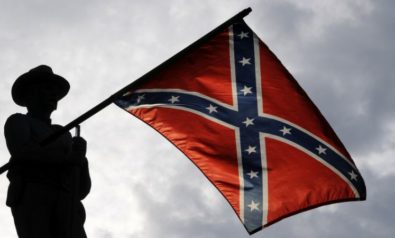 The World This Week: Race, Refugees and Russia