Akbar Hashemi Rafsanjani’s political transformation took him from being one of the founding members of the Islamic Republic to one of its biggest critics.

The late Iranian politician and former President Akbar Hashemi Rafsanjani had accrued many nicknames throughout his career. Most notably he was referred to as the “pillar of the revolution,” for his role in the Iranian Revolution, and “kingmaker,” for advancing the reform movement.

Two million Iranians poured to the streets to bid farewell to Rafsanjani who died of a heart attack on January 8th, 2017. The funeral precession is believed to have marked the biggest public gathering since the 1979 Islamic Revolution. While Rafsanjani played a major role in the revolution that overthrew the shah and consolidated the Islamic Republic, his politics transformed over time.

This transformation represents his own, personal revolution. Never quite a hardliner, but undeniably a conservative in the past, Rafsanjani emerged as a pragmatic leader who sought to reconcile Iran and the West and reform the political system.

Pillars of the Revolution

Rafsanjani served as the chief agent of Ayatollah Ruhollah Khomeini when the religious leader was exiled by the shah for advocating for the overhaul of the Pahlavi monarchy. In Khomeini’s absence, Rafsanjani helped channel his messages to the opposition inside Iran. He spent accumulative four years in prison for his contentious activities. He may have been considered a founding member of the Islamic Republic, but it would be the early years of the new government that would define his role in Iranian politics.

The Iran-Iraq War that began in September 1980 proved to be a pivotal turning point in Rafsanjani’s political career and helped solidify his standing among the hardline elites. Two years into the war, the then President Ali Khamenei and Prime Minister Mir-Hussein Mousavi wanted to accept Saddam Hussein’s ceasefire. However, Rafsanjani convinced Khomeini to invade. The war lasted another six gruesome years and led to the deaths of over one million Iranians. Despite his later pivot toward more pragmatic politics,Rafsanjani’s insistence on prolonging the war would produce long-lasting effects.

Rafsanjani won the presidential election in 1989, shortly after the death of Ayatollah Khomeini. Even though he called for the invasion of Iraq, he had grown wary of rising polarization in the country. Rafsanjani believed that the hardliners’ dogmatic contempt for the West could threaten the survival of the revolution. At the same time, he criticized the left for expanding state control over the economy and exacerbating its existing downturn following the war. As president, he hoped to serve as a counterweight to the country’s growing political divide—but not without securing his power first.

Within the first year of his presidency, Rafsanjani abolished the post of prime minister, which strengthened both his own role as president and that of the supreme leader’s. He was also complicit in the mass state-sponsored executions of hundreds of political prisoners that year and assassinations of Iranian intellectuals abroad. While this muddied his reputation among the left, he impressed them with his calls for political reform. These included revamping the educational system and encouraging higher student enrolment, establishing more women-focused organizations and, most notably, his calls to broaden Shia jurisprudence to allow for greater interpretation.

Rafsanjani’s main priority as president was to restructure the economy; his greatest efforts to reform the political system would come after his presidency. The war-distressed country suffered from high unemployment and inflation rates, a rapid decline in per capita income and low oil-production. The new president launched two successive five-year development plans to stimulate the economy that largely revolved around opening it up to foreign investment and shifting toward a more free-market model that included reducing government spending and promoting privatization.

Although Rafsanjani had helped create the Islamic Revolutionary Guardian Corps (IRGC), he advocated for its integration into the regular army in a bid to cut down on military spending. Government hardliners feared this integration would mean the loss of the IRGC’s revolutionary identity and successfully blocked the move.

Rafsanjani’s reforms sparked economic growth for three years, but were halted by rampant corruption, nepotism and rent-seeking by political elites. However, the reform revived the stock market, established free-trade zones and lowered the barriers to foreign investment, even though his efforts to both open up the economy and reform the political system fell short. His reforms met with a backlash from both sides of aisle—by the Islamic left for being too neoliberal and by the right for threatening to weaken the Islamic governance.

As Iran’s hardliners moved too far to the right, Rafsanjani began to distance himself and pivoted closer toward the center. However, this departure compromized his relationship with the supreme leader, whose support he desperately needed in order to achieve reform. As a consequence, he was unable to push any significant legislation through parliament as the political rifts grew deeper and limited Rafsanjani’s ability to politically manoeuvre.

Rafsanjani continued to serve in the Assembly of Experts and Expediency Council after his presidency, where he hoped to change the government from within. He tried running for president again in 2005 but lost to ultraconservative Mahmoud Ahmadinejad.

Throughout his presidency, Rafsanjani criticized Ahmadinejad’s mismanagement of the economy and excessively confrontational behavior toward the US that only led to more economic sanctions. He also accused the president of undermining the stability of the country by exacerbating political and societal divisions through his zealous rhetoric. Their antagonistic relationship was no secret, illustrated by Ahmadinejad’s glaring absence from Rafsanjani’s funeral.

It was only until 2009—in response to state-sponsored repression of what emerged as the Green Movement in protest to the re-election of Ahmadinejad—that Rafsanjani began openly vocalizing support for reform. This included a Friday prayers sermon at the height of the crackdown, in which he called for the government to release political prisoners and allow journalists to operate freely. While authorities detained the movement’s leaders, Mir-Hossein Mousavi and Mehdi Karroubi, Rafsanjani was left alone. Although strained, his relationship with Khamenei was strong enough to maintain his political power.

Rafsanjani’s public speeches were calculated and punctuated by praise for the the supreme leader and the Islamic Republic. He knew that the greatest contribution he could make to the reform movement would be from within the government, as long as he maintained a good relationship with Khamenei and his allies.

After being disqualified from running in the 2013 presidential elections, Rafsanjani threw his support behind the reformist candidate Hassan Rouhani. He organized a coalition of both moderates and reformist elites that helped bring Rouhani to victory. His endorsement was a game-changer for Rouhani because of his ability to garner support throughout Iranian society. After the elections, Rafsanjani worked closely with Rouhani. His most notable contribution included helping solidify a nuclear deal with the US and achieving one of his own major goals as president: opening the Iranian economy through the lifting of sanctions and rapprochement with the US.

Rafsanjani’s death will be felt by the reform movement. Many fear that hardliners will take advantage of his absence and crackdown on reformists. Rouhani may have lost a crucial ally inside government, but Rafsanjani did not leave him entirely empty-handed. Rafsanjani’s greatest political contribution to opening up the Iranian political system occurred just last year when he helped reformists and moderates make major gains in the parliamentary and Assembly of Experts elections. Reformists can continue to push for political change through these political channels as long as they remain open.

Rafsanjani went from serving as a pillar of the revolution to becoming one of its greatest critics. Disillusioned by the growing radicalization of the hardliners who he feared would threaten the survival of the Islamic Republic, Rafsanjani increasingly pushed for greater political and economic reforms. He rightfully earned his kingmaker moniker for manoeuvring through the delicate political system without landing himself in prison. His undeniable contributions to the 1979 revolution also allowed him to hold onto power.

At his funeral, Supreme Leader Khamenei and President Rouhani stood side-by-side looking mournful over Rafsanjani’s casket. Behind them loomed other politicians—hardliners, moderates and reformists. The vast number of his supporters and allies who attended his funeral epitomizes the magnitude of Rafsanjani’s influence on Iranian politics throughout the years and his own journey of transformation through Iran’s political landscape. 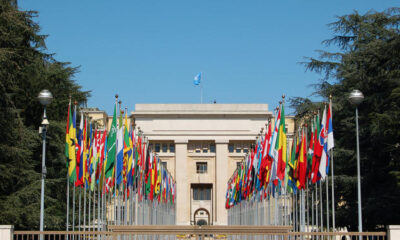 Iran’s Interests in the Nuclear Negotiations 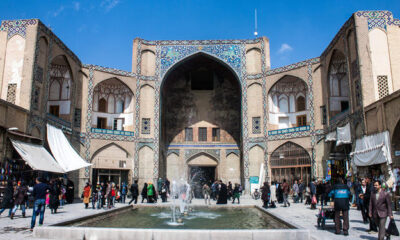 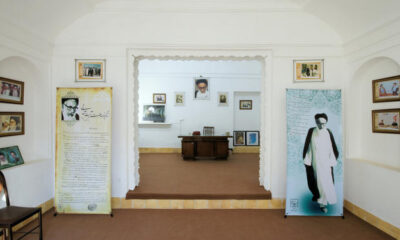