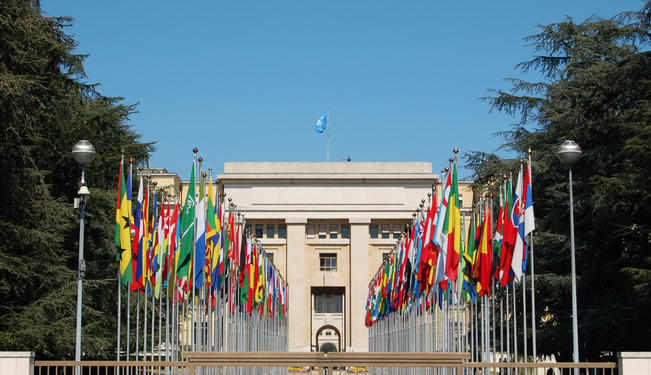 Iran’s goal in the nuclear negotiations is not just an easing of sanctions.

Iran’s catastrophic economic situation is seen by many observers as the Rouhani government’s central motive to end the nuclear standoff – and the sanctions against Iran – as quickly as possible. However, there are other reasons, including the domestic political moderation and the new consensus among the security elite. The changing regional dynamics also play an important role.

At the start of the nuclear negotiations, two political camps opposed each other in Tehran: those who in good revolutionary tradition assumed that the West was secretly working on regime change because of Iran’s Islamic identity and its independent – that is, anti-Western – policies. In this view, the West’s willingness to negotiate is just a sham and any resolution is impossible to reach. Opposed to that were reformists under the leadership of Mohammed Khatami and pragmatists led by Akbar Hashemi Rafsanjani, who posited that a resolution through negotiations was possible and necessary, and that it could be achieved through determined and constructive talks.

Khatami's concessions in 2004 and 2005 (halting enrichment and signature of the Non-Proliferation Treaty’s additional protocol) has to be seen in the context of these domestic struggles. Regardless of his personal views, Supreme Leader Ayatollah Khamenei, who is responsible for holding all currents of the regime together, stood between both positions — of course, he is seen as an eminent critic of the West. He did not obstruct the constructive progress of talks under Khatami.

The Iranian position became more complicated during the presidency of Mahmoud Ahmadinejad. The highly gifted populist ruined the Iranian negotiating position with his controversial statements about Israel and the Holocaust. Nevertheless, he was actually interested in an agreement on the nuclear question and an improvement in Iranian-US relations; a stance that irritated his followers.

At the end of his term in office — from at least the end of 2011 onwards — Ahmadinejad's intentions became clear: by reaching an agreement on the nuclear question and improving relations with the US, he could have been able to gain more power domestically than Iranian presidents usually enjoyed. His quiet disempowerment by Khamenei from 2012 was paralleled by a strengthening of Saeed Jalili, the chief nuclear negotiator. Jalili’s policy of “resistance diplomacy” was applauded by those well-connected extremist circles that had disappointedly turned away from Ahmadinejad.

However, during the presidential elections in 2013, it became clear that no Iranian president would gain a political mandate if he banks on a confrontational course with Iranian society and the international community. All candidates, except for Jalili and the mostly unknown Mohammad Gharazi, spoke out in favor of dialogue with the international community. Among those were candidates like the mayor of Tehran, Mohammed Qalibaf, who was supportive of a confrontational course 15 years ago.

This moderation in domestic and foreign policy of the political right (the so-called principalists) began in 2009, when the regime realized that it had to at least partly win back the population’s trust. This involved the return of experienced technocrats from Rafsanjani’s camp, the integration of certain reformists, and the support of most important representatives of the political right. All these actors are advocating for a foreign policy which is supposed to preserve Iran’s nationalist (and not Islamist) defined interests, end the isolation, and lead to an easing of sanctions.

With the experienced Dr. Hassan Rouhani, who is one of the most important clerics out of the security apparatus and enjoys Khamenei’s full trust, it was assured that none of the extremist splinter groups would dare to seriously obstruct the negotiation process with the international community. There has never been more support in the domestic political arena for a negotiated settlement. Moreover, ever since the revolution, there has never been a time where talks in Tehran about a potential arrangement with the US have been this open.

One of the reasons for that is the common threat that terrorist networks, under the banner of “Al-Qaeda,” pose to the West and Iran. Thus, the Iranian position on Syria transformed from an offensive policy, where the Assad regime was supported according to a strategic power projection (the “Axis of Resistance” against Israel), to a defensive one which is mainly about fighting Al-Qaeda.

The sectarianism associated with the Syrian conflict which could develop into a Shi’a-Sunni wildfire across the whole region, makes the triangle confrontation between the US, Iran, and the Al-Qaeda networks more difficult and unsustainable for Tehran. A quiet agreement about regional policy with the US is becoming more important for Iran — and this is only possible with a resolution to the nuclear conflict.