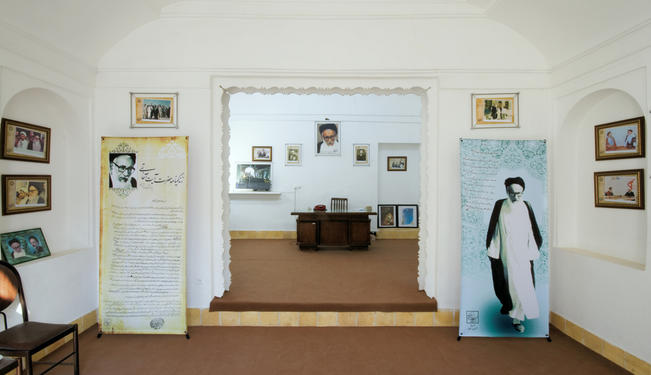 Rouhani is likely to impact the style but not the substance of Iranian foreign policy.

The victory of a new reformist Iranian president has been welcomed by the international community. For many, President-Elect Hassan Rouhani's pragmatism breaks with Mahmoud Ahmadinejad's hard line, and it is expected that Iran's foreign policy will consequently shift toward greater moderation and cooperation. If there is little doubt Rouhani is likely to change the style of the country's external relations, whether his election will imply a substantial shift in Iran's foreign policy is much more debatable.

A historical perspective is needed in order to identify the key features of Iran's foreign policy which, according to Ruhi Ramazani, is “neither linear, nor dialectical, but kaleidoscopic.” It encompasses a wide range of actors, interests, drivers, and goals. Above all, the president of Iran represents only a tiny fraction of Iranian centres of power, since main foreign policy decisions are taken by the supreme leader and/or the Supreme National Security Council. Such a contextualisation is necessary to assess to what extent, and in what ways, the election of Rouhani is likely to change Iran's foreign policy as a whole.

Rouhani will surely impact the style of Iranian external relations. Indeed, a first trend in Iran's foreign policy is that it is highly influenced by the leaders' own vision of the country's national interest and role on the regional and global stage. Under Reza Pahlavi, the Shah, priority was given to maintaining a “positive equilibrium” between the US and the Soviet Union in a geopolitical environment shaped by the Cold War. Pahlavi's foreign policy aimed to take the least controversial stand possible, to avoid causing concern in either Moscow or Washington.

In the wake of the 1979 Revolution, Ayatollah Khomeini's perception of the US as “the Great Satan” contributed to shift the country's foreign policy from a secular and pragmatic stance to a religious and more aggressive one. During the 1990s, Ayatollah Khamenei, Khomeini’s successor, and then-President Akbar Hashemi Rafsanjani initiated a transition towards greater pragmatism, while the presidency of Mohammed Khatami marked the partial rise of the reformists.

The election of Ahmadinejad in 2005 conversely signified the rise of the hardliners. Thus, the Iranian president plays a role in determining the country's foreign relations. This is why the victory of Rouhani is very likely to represent a shift in the style of the country's foreign policy.

His conciliatory and pragmatic attitude have earned Rouhani the nickname of “the Diplomatic Sheikh.” In the past (2003-2005), the president-elect played a leading role in nuclear negotiations. His efforts towards dialogue and confidence building during the Saadabad negotiations in 2003 concluded with the suspension of certain parts of Iran's nuclear activities. Many commentators in the West praised Rouhani for his understanding attitude, whereas he was internally blamed for being too accommodating.

Rouhani is recognised among many in Western countries as “moderately religious.” Therefore, there is little doubt that the style of Iran's foreign policy is likely to evolve towards a more pragmatic and less aggressive stance. Rouhani is well aware of the impact of the nuclear sanctions on the domestic economy. Thus, he will probably seek to accommodate the West in order to relieve the country from external pressure.

In his first press conference in Tehran on June 17, the incoming president declared he wanted to “increase mutual trust between Iran and other countries.” Regarding Iran's nuclear programme, Rouhani ensured his country would “show more transparency and make it clear that measures of the Islamic Republic of Iran are fully in international frames.” Undoubtedly, this represents a break with Ahmadinejad's conflicting and intransigent position.

Between Pragmatism and Ideology

However, it is unlikely that the substance of Iran's foreign policy will change, as the country's outlooks have, in general, remained the same over time. First of all, it is worth nothing that Iranian external policies have been characterised by the constant oscillation between pragmatism and ideology. If we take a look back in history, it is true that the Shah generally cooperated with the West at a time when Iran was then seen as one of the two key pillars of US foreign policy in the Middle East. Nevertheless, he also projected a heightened sense of Iran's cultural and historical superiority. Therefore, his foreign policy was not driven only by pragmatic considerations, but also by the idea that the Iranian people were a "Great Civilisation."

Likewise, leaders of the Islamic Republic of Iran have all demonstrated an ability to adopt pragmatic policies. The presidencies of Rafsanjani and Khatami have undoubtedly paved the way for the emergence of a reformist cadre seeking to rejoin the international community. Ahmadinejad himself has been quite pragmatic as well in using the issue of Iran’s nuclear programme as a tool to gain bargaining power at the international level.

Rouhani will probably not escape this rule. His own background is emblematic of the ambivalence of Iranian foreign policy. If Rouhani is hailed for his moderation and desire to soften relations with the West, he remains, nonetheless, deeply tied to the religious conservative establishment. He was born into a pious family and started religious studies in 1960. His birth name was Fereydoun, but he changed it in the 1980s to Rouhani, which means “cleric.”

During the 1960s, Rouhani became involved in political activism by supporting Khomeini's Islamist project. He was the first secretary of the Supreme National Security Council between 1989 and 2005, and the supreme leader's official representative for many years. In fact, the president-elect was allowed to stand for election only because the Guardian Council approved his candidacy. This further shows his acceptance by the conservative establishment, as the Guardian Council determines who may or may not run for presidential elections.

His victory is partly due to his clerical background, which appeals to many religious Iranians. During his campaign, the president-elect was very careful not to cross the red-lines of the conservative establishment, notably regarding the Iranian nuclear programme. Hence, Rouhani is first and foremost a revolutionary who believes in the values of the Islamic Republic. In this respect, it is hard to believe he will abandon Iran’s revolutionary Islamist ambitions.

Another reason for being cautious about the ability of Rouhani to impact the substance of Iran's foreign policy is that the country's key external objectives have been fairly consistent through history. These are:

During the Cold War, the Shah's strategic manoeuvring between America and the Soviet Union was primarily aimed at protecting the country's sovereignty, which was threatened by British and Soviet rivalries over its oil. Likewise, the Islamic Republic's motto has been “independence, freedom, and the Islamic Republic.” Despite evolutions in style and methods, all Iranian leaders have sought to achieve these three goals.

Once again, Rouhani is unlikely to be an exception. He has already formally announced he would not stop Iran's nuclear programme. He declared that “sanctions tools are backwardness tools” and called for the official recognition of “the Iranian nation's rights, including the nuclear right.” For some experts, if Rouhani has been allowed to run for presidency, it is precisely because he is intending to — and capable of — accelerating Iran's nuclear programme.

His stance on Syria does not break with that of his predecessor either: “resolving the Syria problem is up to the people of Syria.” He added that: “The ruling government of Syria must be recognised as the government of Syria by all other countries in the world.”

Two Sides of the Same Coin

Even though Rouhani is willing to soften the tone of the Iranian government on key external issues, his leeway is restricted, as Iran's policy-making is highly complex. First, the Supreme National Security Council remains the highest decision making body. Any policy of Rouhani's will need to be approved by the council.

Second, Iranian politics are characterised by a multilayered decision-making process that includes formal and informal groups. Consequently, personal networks are often stronger than institutional power. Moreover, internal politics remain fragmented and operate on the basis of two hierarchies of authority (elected and “religious”). Rouhani will have to cope with this too.

Third, ultimate decisions rest upon the supreme leader. Ayatollah Khamenei maintains his authority through patronage and a network of over 2,000 clerical “commissars.” They are representatives selected by the supreme leader, who allow him to have a look at every state policy without formally controlling them. Therefore, it would be wrong to think that the election of a new reformist and pragmatic president alone will provoke a watershed in Iran's foreign policy. Rouhani will be but a cog within the existing policy-making machine.

Ultimately, the election of Rouhani has raised many expectations. Some of them will probably not be met. Yet, Iranian domestic and foreign policy are two sides of the same coin. All Iranian leaders have used external relations as leverage in internal affairs. The Shah adopted a conciliatory attitude towards the great powers and countries in the region, because he needed “breathing space” at the international level in order to achieve his objectives at the domestic level.

Ahmadinejad also employed aggressive rhetoric in foreign relations for domestic propaganda purposes, in order to counterbalance the loss of credibility of his social policy. Rouhani may be tempted to change his attitude in the future if internal discontent grows, following the post-election state of grace.