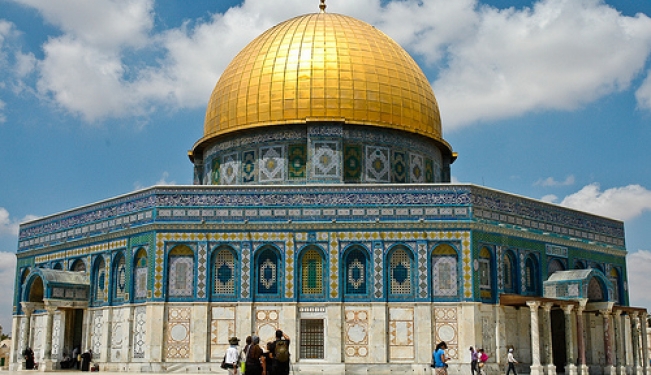 The best thing that could happen is to return to negotiations; but if not, it's imperative to prevent a return to a violent intifada.

Many people, including Israelis and Palestinians, are asking me what will happen after September. The most accurate answer I can think of is “October.”

The idea that whatever happens in September will produce immediate changes on the ground is irresponsible because it raises expectations to dangerous levels. The most important thing that should not happen after September is a new round of violence. That should be avoided at all costs, and both sides must take responsibility so that it does not occur.

Prior to September, the best thing that could occur is for the parties to return to the negotiating table. In order for that to take place, there must be a seriously prepared table set up by responsible members of the international community, led by the United States. The table must be set with the parameters delineated by President Barack Obama last month in his two Middle East speeches. My suggestion would be for the president, in the framework of the Quartet, to issue invitations to the parties with those parameters specifically framed as the terms of reference. The Quartet should also agree on a new mediator to replace George Mitchell, whose task will be not only to convene the talks but to serve as an active mediator in any dispute. The role of the mediator must be to allow the parties to present their positions, and then to propose bridging proposals.

The role of the mediator in such a complicated negotiation is also to be the drafter of the agreement. Just as president Jimmy Carter and his team used the “single-text negotiation” method at Camp David and successfully brought about agreement between Israel and Egypt, so too the same approach is again necessary. After so many years of failed negotiations, it is time to finally understand that in it takes three to tango, not two. Israel and Palestine cannot do it alone.

If the parties should not arrive at negotiations before September, then it is imperative that they each take steps to prevent a return to a militarized intifada. It is always important to remember that absolutely no political achievements were gained by the second intifada. Thousands of people lost their lives, tens of thousands were injured, billions of dollars were lost to both economies, the fear of each other rose to almost unbridgeable levels, true hatred developed across both societies, the children of the second intifada carry with them bitter, indelible memories of those years, the peace camp in Israel was destroyed, Palestinian society went deep into chaos, and the lawlessness of streets controlled by guns took over. The achievements of the past several years, during which the Palestinians have engaged in active state building, are too precious to be destroyed by a return to lawlessness.

Nevertheless, and in recognition of the urgent need to preserve the “two-states for two-peoples” solution, both sides must take steps which are “out of the box.”

The government of Israel should accept the Obama parameters because they will not improve in Israel’s favor. Israel’s standing in the international community will continue to deteriorate despite the support it has in the US Congress.

Assuming the Palestinians are determined to bring the issue of “partition” back to the United Nations and to formally request UN membership, the timetable is quite tight. The 66th Ordinary Session of the General Assembly will open in mid-September. A request for UN membership to the Secretary General should be submitted at least 35 days prior to that, meaning by the end of July. The Security Council will have 35 days to submit its recommendation to the General Assembly. Time is short, and it is essential to match public expectations with practical outcomes.

If by some miracle the US decides to abstain or to vote in favor, the resolution will pass and Palestine will become a member of the UN, which will make possible all kinds of legal and political means to advance Palestinian interests (which I believe are also Israeli interests). Non-membership resolutions in the General Assembly could also be useful, albeit less powerful. In both cases, additional steps can be taken that will help end the Israeli occupation and bring peace.

If we end up without a framework for negotiations, the Palestinian leadership must articulate a clear strategy that will lead to negotiations with a greater chance of reaching an end of the occupation and a peace treaty. This should include the issuing of a Palestinian declaration of peace with Israel, spelling out clearly the basis for Palestinian-Israeli peace. That declaration should be the heart of a UN General Assembly resolution to replace previous UN Resolutions 242 and 338 as the points of reference for future negotiations. The Palestinian leadership, together with the grassroots popular committees, need to develop a non-violent strategy against the occupation and for peace.

If Palestine is to be a state, it must behave like a state. It must remove the very symbols of Israeli control that determine the existence of that control. One of the best examples is to simply cease cooperating with the Israeli population registry. All births, deaths and places of residence are essentially monitored and controlled by the Israeli civil authority. The Palestinian government would simply issue new identity cards with new numbers, and not share them with Israel. Obviously, that would mean Palestinians would no longer be able to apply for permits to enter Israel. If that is the price of freedom, so be it.

Palestinian leaders should no longer accept that the Israeli authorities have closed roads and blocked transportation. Palestinian state officials should themselves use bulldozers to open road blocks for Palestinian traffic. Palestinian convoys of hundreds of cars would ride on settler-only roads and settler bypass roads to assert their authority over those roads.

The Palestinians should also call on Israelis who want to end the occupation and bring peace to join them on the front lines of their non-violent struggle. With mainstream Israelis alongside them (that is Israelis who support the two-state solution), the chances are much higher that violent Israeli responses will be mitigated. For this to happen, the Palestinian non-violent struggle must be really non-violent, not “sort of non-violent” meaning that even stones should not be thrown. It also means that there must be a clear articulation of the goals of the struggle which verbalize not only the end of occupation, but also peace between the two states on acceptable grounds to both sides. Many more ideas can be offered to advance these goals; the more we talk about them and define them the more likely we can shift the deadlock into positive movement toward peace.

*[This article was originally published by the Jerusalem Post and the Israel/Palestine Center for Research and Information (IPCRI) on June 6, 2011]