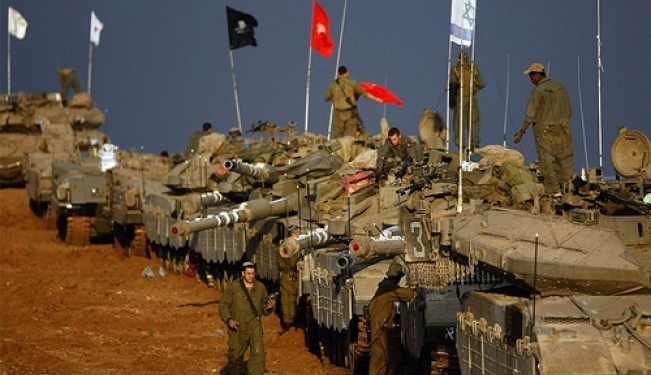 An editorial on the upcoming vote on Palestine, and the need for a universal recognition of Palestine's rights.

The convening of the United Nations this week is likely to be memorable for more than just the traffic jams.  In order to put pressure on Israel (and presumably on the United States), Palestinians have indicated they will pursue a resolution for full membership.   The effort will fail, since the United States has indicated it will exercise its veto in the Security Council.  The Palestinians will then probably attempt to achieve an upgraded membership through a vote in the General Assembly, where the United States has no such privilege.   If that effort succeeds, it would be a diplomatic embarrassment for Washington.

Accordingly, American officials have warned the Palestinians against going that route.  Members of Congress have written to Palestinian President Mahmoud Abbas, informing him that "current and future aid will be jeopardized if you abandon direct negotiations and continue your current efforts."

In the past, such warnings may have been effective, but what if the Palestinians don’t care anymore?  What if they feel that honor comes before money?

That, after all, is the biblical story of Esau.   When Esau sells his birthright to Jacob for some food because he is hungry, his behavior is viewed as dishonorable: he has “despised his birthright.”

That same spirit has, not surprisingly, underpinned the Arab Spring.  As Raj Shah, the Administrator of the US Agency for International Development, has stressed, the demonstrators in Tunisia who initiated the Arab Spring chanted “dignity before bread.”

Americans should recognize this sentiment.  Our Declaration of Independence ends with the signatories pledging “our Lives, our Fortunes, and our sacred Honor.”  They were willing to sacrifice their fortunes to preserve their honor.

“Let Facts be submitted before a candid world,” the Declaration further proclaims, listing a host of grievances justifying the break with Britain.

The message is clear: Our cause is just.  You should support us.  And it was with foreign support that the United States achieved its independence.

So far, the Arab Spring has been focused on local causes.  Could the Palestinian effort at the United Nations change that, as countries–and peoples–choose which sides they are on?

Some commentators in the region are anticipating such a development.  “Ever since the original Arab renaissance project, with its focus on development and economic integration, the promotion of justice and democracy, the construction of the modern Arab state, and the confrontation with Israel, have been existential issues,” Galal Nassar has written in Al-Ahram Weekly. “It will not be long before this project reasserts itself and shines again.”The Jordan Times similarly editorialized that “the course of events in the region and beyond will be decided this fall by the world organisation, with, no doubt, a great impact on the ongoing Arab revolts.”

Those who scoff at such a possibility should remember what happened a century ago.  When Austria presented its ultimatum to Serbia, Vienna did not expect Russia to come to Serbia’s assistance.  Russia had not provided any help before, so expressions of solidarity were regarded as rhetoric.

But something snapped in Russia when Austria delivered its demands.  “They are convinced that Austria has been acting in bad faith,” the German military plenipotentiary in St. Petersburg reported to Berlin.  “All this has turned opinion very much in Serbia’s favor, which country Russia considers it her duty to protect.”

The danger of a conflict in the Middle East expanding in a similar fashion is heightened by the role being played by Iran.  The regime in Tehran has made no secret of its hostility to Israel.  "Surely, the day will come when the nations of the region will witness the destruction of the Zionist regime,” Iran’s Supreme Leader, Ayatollah Ali Khamenei, has predicted.

To achieve that goal, Iran under his leadership has cultivated ties with Hamas, Hezbollah, and Syria.  Tehran has also sought to improve relations with the Egyptian government following the overthrow of President Hosni Mubarak.  Given its position on Israel, Tehran would doubtless use any improved relationship to undermine the peace treaty between Egypt and Israel.

And that brings us back to the parallel between Palestinian diplomacy and the American Declaration of Independence.   The Declaration was a political document, but it was also, in effect, America’s first declaration of war.

To be sure, that is not the way the Palestinian statehood effort is being presented, but it is taking place in a revolutionary environment, and revolutions tend to be associated with wars.  There is talk of a third intifada, there have been incidents in Sinai, and the border between Lebanon and Israel, the scene of a brief but intense conflict in 2006, is highly fortified.

In short, the Palestinian diplomatic effort will take place in a combustible environment.  If anyone throws a match, the conflagration could spread, and we may be powerless to stop it.