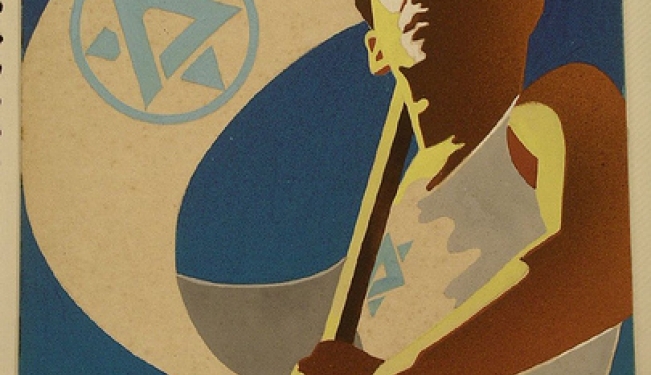 After years of state building activities and a long period of full cooperation of the Palestinian authorities with Israel and the West, the country now seems ready to become a full member of the UN. It is time for the US and Europe to welcome this timely and legitimate bid, argues Rene Wildangel

At the 2010 General Assembly US-President Barack Obama had, once again, formulated high hopes for the peace process: “When we come back here next year, we can have an agreement that will lead to a new member of the United Nations – an independent, sovereign state of Palestine, living in peace with Israel.”  What was he thinking?  Not once since world leaders left New York in autumn last year and the Israeli government refused to continue a settlement moratorium in September 2010 have Palestinians and Israelis met for talks.

Palestinian frustration with such grandiose promises by the US is understandable, especially since President Abbas and Prime Minister Fayyad in recent years were exactly the “Partners for Peace” which Israeli governments had long asked for, showing willingness to compromise on every single issue of the peace process as the “Al Jazeera leaks” from March 2011 have shown. In reaction to the absence of negotiations, the Palestinian leadership decided to start a diplomatic initiative at the UN. Although it is by no means clear what is going to happen during this year’s General Assembly, the discussion on Palestinian statehood is in full swing.

Many argue that any such process will not be more than political theater, with no changes on the ground and potentially negative consequences for the Palestinians, such as a serious blow to relations with the US or renewed violence in the Middle East. But President Abbas has left no doubt that he is going forward with the initiative he described on 16 May in the New York Times: “This September, at the United Nations General Assembly, we will request international recognition of the State of Palestine on the 1967 border and that our state be admitted as a full member of the United Nations.“

In fact, it would hardly differ from Arafat’s 1988 Algiers “declaration of independence”, which many hoped would be a boost for the legitimacy and international recognition of Palestinian independence – but changed nothing on the ground. One year after the 1987 intifada had started, on 15 November 1988, the Palestinian National Council proclaimed a state within the 1967 borders (not mentioned directly, but by recognizing the “resolutions of the United Nations Organization since 1947”). On 15 December 1988 the General Assembly adopted Resolution 43/177, which “acknowledges the proclamation of the State of Palestine” and “affirms the need to enable the Palestinian people to exercise their sovereignty over their territory occupied since 1967”. This de-facto recognition of the declaration of a Palestinian state was supplemented by another paragraph, which changed the designation of the Palestinian observer status from “Palestine Liberation Organization” (established in 1974) to “Palestine”. Ever since, PLO-representatives sit behind a Palestine sign at the UN, and the term is used in all official UN documents.

Now, more of the same symbolic moves resembling the 1988 declaration will be in vain, and may even have negative consequences. President Abbas’s claim that 120 countries have already bilaterally recognized the State of Palestine is futile given that between the Algiers declaration and the start of the Madrid conference in 1991 about the same number of states had done the same. But more than 20 years after the “declaration of independence” there is, of course, still no Palestinian state. Instead, a flawed peace process, several road maps and peace initiatives later, the number of settlers in the West Bank has grown to over 300.000 and the prospects for conflict resolution are dimmer than ever.

Therefore, the only meaningful step for the Palestinians at the UN, and possibly the peace process as such is full Palestinian UN membership. It is obvious that membership status will not end the occupation. Some warn of high expectations and renewed violence against Israel – but the expectations are already as high as they could be and even without the initiative, Israel will certainly be confronted with more “Nakba day”-style protests in the near future if the current deadlock continues. In the absence of negotiations and with ongoing settlement activity, which complicates a solution literally by the day, the Palestinian leadership’s demand for full membership of the United Nations is timely and legitimate.

The Palestinian initiative itself is now irreversible. Some US diplomats still hope to initiate new negotiations and avoid the UN track. But this is unrealistic given Netanyahu’s unwillingness to renew a settlement freeze. European attempts to draft a resolution with meaningful parameters will also hardly convince the Palestinians. In their view the problem is not parameters for a peaceful compromise, but Netanyahu’s right wing government with its refusal to freeze settlements and its newly created precondition to recognize Israel as a Jewish state. For these reasons, in September, some sort of resolution will be forwarded to the Security Council and the General Assembly. Vetoing it or trying to delegitimize it will further complicate any break of the current impasse.

Instead, the US and the EU should discuss how to turn the Palestinian initiative into a chance for a new, multilateral approach to peacemaking. President Abbas has pointed out that this diplomatic initiative is not a plan to replace negotiations. And those who lament Palestinian “unilateral action” (and calling a diplomatic process at the UN unilateral is somewhat ironic), i.e. the European Union and the United States, need to explain why ultimately Palestinian diplomacy at the UN and accepting the Palestinians as an equal member of the community of nations is such a bad idea. Instead they should look at the request for full UN membership in a more positive light:

1: In 1988 the bid for statehood came after a year of a violent intifada. In 2011 it comes after years of state building activities and a long period of full cooperation of the Palestinian authorities with Israel and the West. Despite continuing shortcomings, a functioning core government has been built. Years after the creation of the Palestinian Authority and billions spent on “governance” in Palestine major international institutions like the World Bank, the International Monetary Fund and the European Union assert that the Palestinians are ready for statehood.

2: The Palestinians claim that the most important prerequisites (according to the 1933 Montevideo convention) for a state are met: a permanent population, the capacity to have international relations, a government and a defined territory. For the Palestinians the definition of their territory is the June 4th, 1967 borders, and several U.N. resolutions support this. However, the final borders will be “based on the 1967 lines with mutually agreed swaps” as US-President Obama has formulated in his Middle East speech on 19 May. Accepting a Palestinian state on this preliminary basis as a member of the UN will turn the border issue into a diplomatic issue between two sovereign states. Determining the final border could be the starting point for a conclusive agreement, with an internationally backed border and security arrangement. Whether or not Hamas ultimately likes this development, a majority of Palestinians supports the move and will not accept a withdrawal of the UN membership bid. UN recognition therefore will not only put pressure on Israel, but also on Hamas and its obstructive approach.

3: With membership of the United Nations comes new responsibility for the Palestinian leadership since the first chapter, article 2 of the UN charter obliges all members to “settle their international disputes by peaceful means”. Also, article 2 specifies that: “Members shall refrain in their international relations from the threat or use of force against the territorial integrity or political independence of any state…” This calls on both Palestinians and Israel to respect the other state’s independence and determine their final borders. It would also oblige the Hamas leadership to accept the Palestinian Authority’s decision to join the UN and to respect the principles of the Charter.

4: Talking about Middle East peace in 2011 does not only involve the conflict parties plus the United States anymore, but also increasingly emerging countries such as Brazil, Russia or China. A US veto might stop full membership of Palestine in the UN. But it will not halt the internationalization of the Palestine question, the alarming international isolation of Israel and the growing impatience in Palestine. Many reasonable Israeli leaders, including civil society representatives as well as members of the former or current security establishment are worried about this, too, and demand a more proactive Israeli policy to end the occupation. Many of these critics of the current Israeli government see the continuing existence and enlargement of the settlements as a bigger threat to Israel than a Palestinian membership of the UN.

Whatever its final form and shape, the state of Palestine will ultimately be born only with the end of Israeli occupation. In earlier years, the Palestinian initiative might have been the time for another violent “Intifada”. It will be hard to explain to the Palestinian people why they should be punished for a peaceful, diplomatic initiative at the UN. Now is the time to welcome the Palestinians as the 194th member of the United Nations and finally start a new, multilaterally backed approach to the peace process.

*[This article was originally published in the independent online magazine www.opendemocracy.net on August 8, 2011]