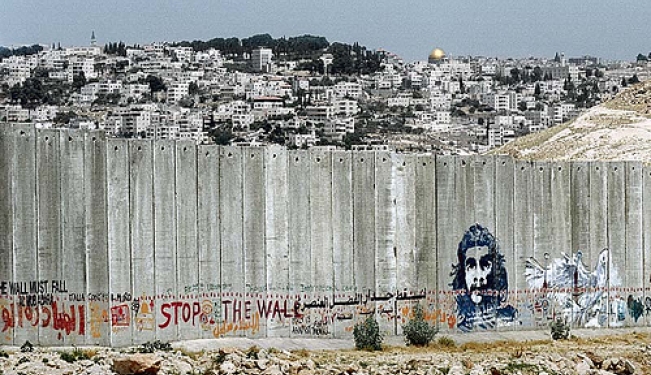 Commentary on the advantages of accepting the Olmert Plan in order to end the dispute between Israel and Palestine.

The Palestinian president, Mahmoud Abbas’ plan to unilaterally ask the UN for recognition of a Palestinian state was a bold and necessary move in the right direction. To ensure the success of his initiative, however, Mr. Abbas should have surprised the world and coupled his request for statehood with an equally bold acceptance of the peace-plan that former Israeli prime-minister Ehud Olmert tabled in 2008. By accepting Mr. Olmert’s plan, Mr. Abbas would have turned the table on those whose parochial self interests require that this dispute continue forever. With this two pronged message before the UN Security Council he might well have scored a home run and returned to Ramallah with a peace that has eluded Israelis and Palestinians for over half a century.

Al-Qaida uses the stalemate and America’s unconditional support for Israel to back up its narrative of a U.S.-Israeli compact to dominate Muslim lands. This narrative has made it very difficult to  win the hearts and minds of people in Afghanistan and Pakistan, and that in turn prolongs the decade old war in Afghanistan.

The narrative is a powerful recruiting tool for Islamic extremists. It is a narrative that America has found impossible to counter, even after the expenditure of millions of dollars spent on communications outreach.

The recent revolutions in Tunisia, Egypt, and Libya, together with the broader tide of change in the Middle East will likely take a course which will be harmful to American relations in that critical part of the world, especially if the Israeli-Palestinian dispute continues its present course. The changes in the Middle East will set the stage there for generations. America cannot afford to be on the losing side of these developments.

The Olmert plan is eminently sensible in that it is sure to please and displease both sides. The plan hinges on resolving the dispute by establishing a contiguous Palestinian state whose size will be equal to the size of pre-1967 West Bank and Gaza. Land appropriated by Israel for some of its settlements would be exchanged for other Israeli land to re-create Palestine’s pre-1967 size. Jerusalem would become the shared capital of both countries and its holy places placed under Jordanian, Saudi Arabian, and American protection. To ensure Israel’s security, the Palestinian state would not have a military and would agree to not form military alliances. Crucial to note is the fact   that the plan was never formally rejected by Mr. Abbas.

When World leaders gathered in New York last week to open the UN General Assembly, Mr. Abbas succeeded in putting the Israeli-Palestinian dispute front and center before the gathering. All eyes were focused on the high drama that Mr. Abbas created. He owed it to his people and to the people of Israel, to create both shock and awe at the UN.

“There comes a time in the affairs of men, which, taken at the flood, leads on to fortune…” Shakespeare wrote. If Mr. Abbas had startled his interlocutor, Israeli prime-minister Netanyahu, by accepting the Olmert plan, even as he forced a vote for Palestinian statehood, he might well have succeeded in ending this seemingly intractable dispute. He would have gone down in history as one of his generation’s leading statesmen.

*[A version of this article originally appeared in The Huffington Post on September 23, 2011]