Vision 2030 seeks to address Saudi Arabia’s economic challenges, but quick solutions are not necessarily on the horizon.

The Saudi Arabian National Transformation Plan and Vision 2030 have already over stimulated the saliva glands of banking and advisory community. Of course, these stakeholders are looking for fees from the Aramco IPO, forthcoming bond issues and the investments the proceeds will go into. Indeed, optimism about change is in the air—if not from those expats about to be taxed for the first time.

But Saudi Arabia’s problems cannot be fixed by financial engineering. Saudi Arabia is deeply dysfunctional, and the government survives because years of surplus oil revenues have compensated for and indeed created a culture of entitlement for the Saudi population.

With oil now well below Saudi Arabia’s budget break-even price—and likely to remain so—this situation can continue for only a few years.

This is the problem identified in Vision 2030. Saudi Arabia cannot go on as it does now subsidizing the lifestyles of the overpaid and on grand projects. The reality is that between now and 2030, gross domestic product (GDP) per capita will drop significantly, and every Saudi—except members of the Saud family—will become much poorer, particularly young Saudis who have been educated to expect a life of well-paid sinecure. How much pain they are willing to endure in this process is not clear, but it will be fertile ground for new political ideas. Here lies a great danger.

At the moment, about 70% of Saudi government revenue comes from oil. The Saudi public sector employs more than two-thirds of all Saudis, and together with unemployment benefit and subsidies, the share of Saudi household income coming from the government is on average about 80%.

This of course only applies to Saudi citizens, not to expatriate workers and their families—most of whom come from South Asia. Expats make up about one-third of the population, or about 10 million out of 30 million. It is these expats who do the vast majority of the actual work in the real economy—i.e., the petroleum, construction, personal services, retail, manufacturing, engineering, travel, tourism, utilities and agricultural sectors.

Although Saudi Arabia has no debt and reserves a little less than $600 billion—and valuable fixed assets such as Aramco and its oil—its demographics are a tsunami which these financial barriers will not be able to contain. Already, half the Saudi population is under 25, and by 2030 the number of Saudis aged 15 and over will increase by about 6 million and bring a further 4.5 million people into the labor market.

The result will be that the potential supply of Saudi labor will almost double to about 10 million from the current 5.5 million. This number will rise further if greater numbers of Saudi women seek to enter the workplace as well. Compare this with the 1.7 million jobs—mostly public sector—created for Saudis during the 10 years of the oil boom of 2003 to 2013.

McKinsey recently estimated that even if the government halted the immigration of expat workers, and replaced current expats with 800,000 Saudis, between now and 2030 there would still be a massive shortfall in available jobs and, as a result, unemployment among Saudis would rise above 20% with a similar fall in average household income. And this takes no account of planned reductions in subsidies or increases in taxation.

There is another major problem: the work culture among Saudi nationals. On average, it costs a company between four and six times as much to hire a low-skilled Saudi national as it does an expat worker, and no commercially run company will voluntarily do so even if Saudi nationals were willing to take any job—and there are many they refuse to accept as “demeaning.”

Public sector workers—all Saudis—earn on average about 70% more than their equivalents in the private sector. On this basis, the public sector cannot absorb the millions of Saudis coming to the labor market without the government running up gigantic deficits. The private sector cannot absorb these numbers without going bankrupt, unless Saudis are willing to take jobs and wages on par with expat workers.

This is the bind that Prince Mohammed bin Salman has described and the National Transformation Plan seeks to address. But no solution is likely to work unless the Saudi population is able reconcile itself to a substantially lower standard of living, to having to earn their pay rather than occupy a made-up public sector job, and crucially accept all this pain without demanding any political voice in the way these decisions are made.

Missing from Vision 2030 is any thought that the destiny about to befall the Saudi population should affect the Saud family itself. This is a fault line that will likely rupture and require a renegotiation of the current social compact.

When faced with a similar problem, Louis XVI assembled the Estates General. It didn’t go so well. 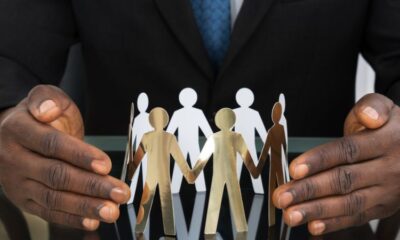 How African Governments Can Use Private Companies for Improved Project Delivery 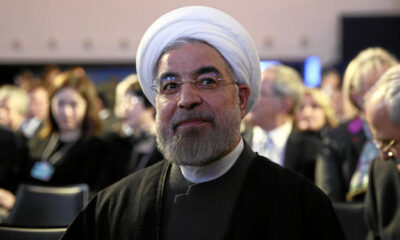 Rouhani’s Iran: Striking the Balance Between Continuity and Change 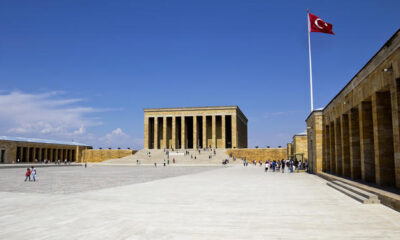