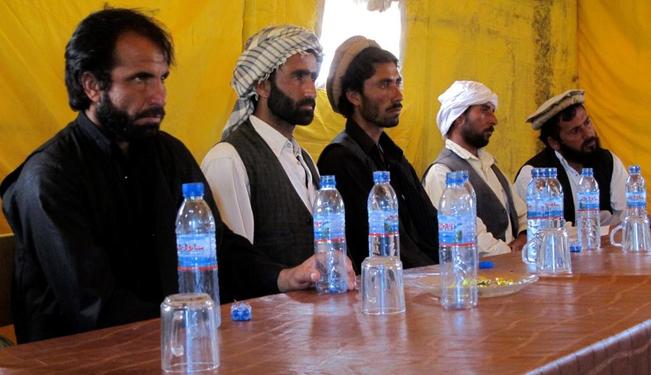 The Taliban seems committed to working with Iran for the purpose of enhancing its diplomatic leverage. This is the final of a two part series. Read part one here. [Note: This article was originally published by The Jamestown Foundation.]

Enmity has marked Iran’s relationship with the Taliban over the years. The Taliban’s style of ultraconservative Sunni fundamentalism has always been hostile to Shi’a Iran. The Taliban view Shi’a Muslims as heretics and apostates. The Taliban’s brutal treatment of Afghan Shi’a minorities such as the ethnic Hazara community, which has endured persecution and atrocities, reveals the extent of its hostility toward Shi’a Islam.

Iran threatened to invade Afghanistan in 1998 following the Taliban’s killing of Iranian diplomats in Mazar-e-Sharif in September of that year. Tehran's long-term support in coordination with Russia and India for the opposition Northern Alliance – the numerous militias that resisted Taliban rule from parts of northern Afghanistan over the years leading up to the 2001 US invasion — is another source of antagonism between Iran and the Taliban.

Iran’s antipathy for the Taliban was strong enough to disregard its hostility towards the United States: Iran lent the United States intelligence support to aid the US objective of toppling the Taliban and neutralizing al-Qaeda during Operation Enduring Freedom. Tehran quickly emerged as an important source of diplomatic, economic, and humanitarian support to the US-backed Karzai government.

In regards to their shared antipathy towards the Taliban and al-Qaeda, Iranian and American interests in Afghanistan, on the surface, have largely converged. However, the steady upsurge in tension between Iran and the United States, combined with a deteriorating security situation in Afghanistan, would eventually raise questions about possible Iranian involvement in aiding and abetting Taliban operations targeting US forces.

Questions remain regarding the extent (or veracity) of the political contacts forged between Iran and the Taliban in recent months. Nevertheless, what is clear is that Iran’s interests and influence in Afghanistan are extensive.

A sizeable segment of Iran’s population shares ethnic, cultural, religious, and language ties with millions of Afghans. As a consequence of their geographic proximity, the deterioration of Afghanistan has impacted Iran profoundly on numerous levels. Over 1 million Afghan refugees currently reside in Iran. The expansion of the Afghan opium trade – Afghanistan is the world’s largest producer – is blamed for being a contributing factor in the high prevalence of opium consumption among Iranians. Iran is widely believed to have the highest rate of opium addicts per capita in the world. The Iranians also struggle to secure the border with Afghanistan, which serves as a busy transit point for narcotics, arms and human smugglers.

These issues remain points of contention between Iran and the Taliban, even while both sides appear to be engaging in back-channel diplomacy. For example, the Taliban publicly condemned Iran for the killing of Afghan migrants in May by Iranian security officers, after they had strayed into Iranian territory from Afghanistan. The Taliban also advised Iran to approach future incidents through a consideration of neighborly rights and Islamic values.

The fluctuating geopolitics of the Middle East is also shaping Iran’s approach toward the Taliban. Given their history of animosity, Iran has an interest in mitigating potential security threats emanating from the Taliban. Iran is wary of a resurgent Taliban that is likely to emerge as the dominant actor in Afghanistan (and, potentially, Pakistan) following the withdrawal of US-led NATO forces.

The growing politicization of sectarianism in the Middle East is also affecting Iran’s outlook. Iran’s support for Syria and Hezbollah has rendered it a target of Saudi Arabia and other Persian Gulf monarchies that are lending support to hardline Salafist and other Sunni extremist currents around the Arab world and greater Middle East.

Iran is experiencing a renewed bout of terrorist and insurgent violence in its southeastern province of Sistan-Balochistan, by an obscure militant current that blends ethnic Baloch nationalism with an extremist Salafist discourse that is virulently anti-Shi’a and evocative of al-Qaeda’s kind of radicalism. The emergence of the Harakat Ansar Iran (Movement of the Partisans of Iran) and, more recently, Jaysh al-Adl (Army of Justice), appear to seek inspiration from the now defunct Jundallah (Soldiers of God) movement that was implicated in scores of attacks against Iranian security and civilian targets in recent years.

Iran has accused Saudi Arabia, among others, of supporting these organizations. Saudi Arabia was one of only three countries (the other two being Pakistan and the United Arab Emirates) to have recognized the Taliban before the September 11, 2001, attacks. As a result, Iran would be well-served to reach an accommodation with the Taliban, even on limited terms, so as to outmaneuver Saudi Arabia on issues that affect Afghanistan, Pakistan, Iraq and Syria.

On a more subtle level, Iran is also looking to position itself as an indispensable force for stability in Afghanistan following the eventual withdrawal of US forces. This amplifies Iran’s diplomatic leverage on a host of issues that extend beyond Afghanistan, including future deliberations over its nuclear program, the future of Syria, and the removal of economic sanctions.

Iran is also likely to be looking to bolster its position in light of growing regional and international interests – political, security, and economic – that are rapidly expanding their respective footholds in Afghanistan, particularly those of Pakistan, China, India and Russia. By the same token, Iran may also be seeking to cultivate contacts and sympathetic figures within the Taliban, should the situation in Afghanistan destabilize further after the eventual withdrawal of US-led NATO forces.

For its part, the Taliban also seems committed to working with Iran for the purposes of enhancing its diplomatic leverage in the current political environment with an eye on the day after foreign forces depart Afghanistan. The Taliban may also be trying to weaken Iran’s relationship with the Karzai regime and other traditionally anti-Taliban factions.

According to one assessment, the Taliban’s outreach to Iran is designed to persuade Iran to refrain from providing support to anti-Taliban forces when foreign forces leave Afghanistan. The Taliban delegation is reported to have assured its Iranian counterparts that factions representing different ethnic, religious and political groups will be formally represented in any future post-NATO order. Moreover, the political optics surrounding its alleged dealings with Iran was not lost on the Taliban. Cognizant of the Karzai regime’s current difficulties and its unease over the progression of regional diplomacy toward a peace agreement in Afghanistan, the Taliban touted a sampling of observations produced by analysts and journalists that present its position in a positive light in contrast to Kabul’s diminishing prospects in a report issued on its official website.

The report highlighted commentary published by Western and regional media outlets that portrayed the Taliban’s recent dealings with Iran as a sign of its growing international legitimacy in contrast to Kabul’s declining diplomatic leverage and growing nervousness over the course of regional events. It also referenced reports that described the Taliban’s representation in Qatar as serving the role of an official embassy.

Uncertainty continues to cloud the claims describing Iran’s back-channel exchanges with the Taliban. But the political sensitivities involved are conducive to surreptitious dealings, even on matters of great strategic importance. With Afghanistan expected to endure an especially tense and difficult 2014, its long-term future is as likely to be shaped by decisions concluded behind closed doors as ones made in the view of the Afghan public.