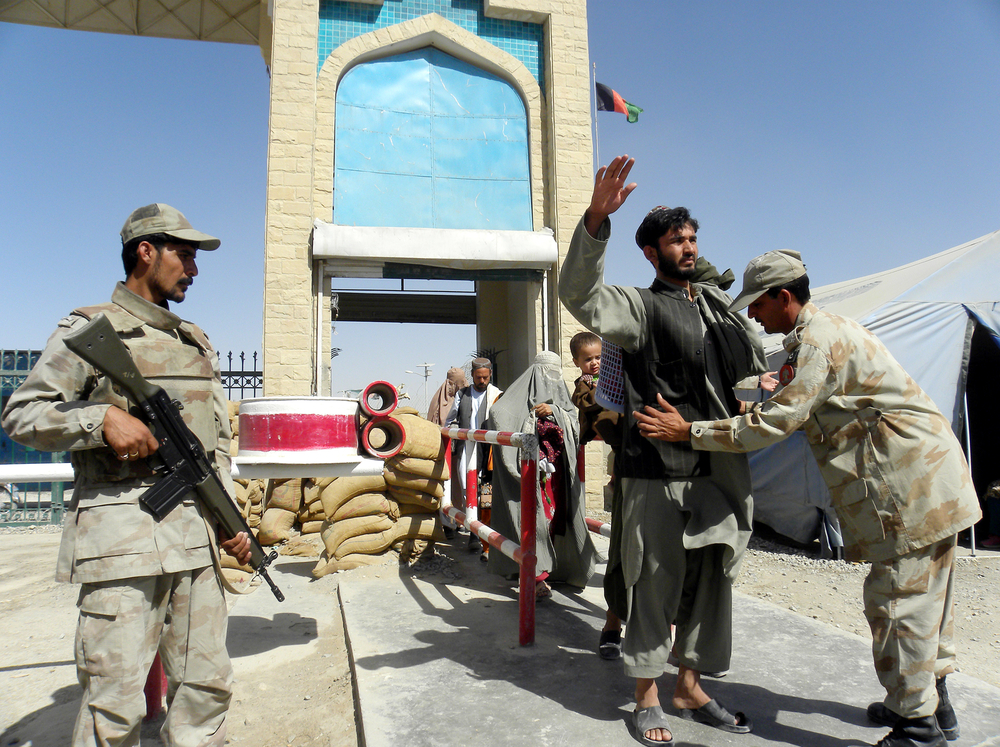 Islamabad’s “strategic depth” policy suggests turning Afghanistan into a client state that is beholden to Pakistan.

A Brief History of Afghanistan-Pakistan Relations

When Sir Mortimer Durand, foreign secretary of British India, drew a 2,640 kilometer line between Afghanistan and British India in 1893, his aim was to create a buffer state between imperial Britain’s territory and Czarist Russia. The border, popularly referred to as the Durand Line,‎ was established after an agreement was forged between Durand and the Emir of Afghanistan, Abdur Rahman Khan, to fix the limit of their respective spheres of influence. The deal sanctified Britain’s control over its Pashtun possessions by dividing Pashtun tribal areas and the Balochistan region. In the process, the Durand Line politically divided ethnic Pashtuns and Baloch who lived on both sides of the border.

Although recognized internationally as the western border of Pakistan, the Durand Line is disputed by Afghanistan as a “geopolitical myth” since it divides the Pashtuns. It is on these grounds that Afghanistan, an independent state for longer than Pakistan, opposed the latter’s creation and entry into the United Nations. However, Afghanistan’s relative small size, lack of access to the sea, and absence of geopolitical clout denied it the means to force a redrawing of the border.

While Afghanistan has sought to reintegrate the Pashtuns, Pakistan has come up with various arguments to justify a “fusion” of the two states. Pakistan argues that the Durand Line is a settled matter and Afghan reluctance to accept the border is the cause of many problems between the two states. Pakistani strategists often quote British historian Fraser Tytler who wrote, shortly after Pakistan was created, that: “History suggests that fusion will take place, if not peacefully, then by force.”

The Doctrine of Strategic Depth in Afghanistan

Several methods have been used to force this fusion. The first attempt saw a suggestion to create an Afghanistan-Pakistan federation. In the 1950s, Ayub Khan, Pakistan’s first military ruler, argued for a federation of the two states based on religion. He later expanded the argument, calling for a grand confederation of like-minded and territorially contiguous Muslim countries, including Afghanistan, Pakistan, Iran and Turkey. Khan’s argument was that such a confederation would help Pakistan stand up to India, as it would provide resources and strength in numbers to match its larger foe. Later, during the Soviet Union’s (USSR) intervention in Afghanistan, the Pakistani military’s support for the mujahideen was justified as seeking to prevent encirclement by India and a Soviet-backed Afghanistan.

The Pakistani military doctrine behind the concept of strategic depth suggests transforming Afghanistan into a client or subservient state that is beholden to the Pakistani security establishment.

The case that has been most often argued, especially since the late 1980s, is the Pakistani need for “strategic depth” in Afghanistan. In military terms, this broadly refers to the distances between the front lines and a country’s industrial nucleus, population centers, heartlands and locations of its military industry. The argument that underscores this concept is that a military commander must consider the vulnerability of its assets to an offensive, and consider whether it can withdraw into its own territory, absorb an initial thrust and regroup. Strategic depth is thus, essentially, a trade-off between space and time.

The concept was said to have been first articulated in the 1980s. It then became a policy to be pursued in order to respond to a potential military strike by India. Since then, the Pakistani military establishment has used this policy to justify manipulating the politics of Afghanistan, by using violence and terror as state instruments of control. In pursuit of this strategic depth, the military exploited the material-needs and nationalistic fervor of specific mujahideen leaders who sought support to fight the USSR,religious extremist groups and, more recently, the Taliban, in a bid to subdue, marginalize and decapitate the Afghan state.

After Pakistan went nuclear, the raison d’être of strategic depth diminished in relevance. The concept was reworked and, in early 2010, Gen. Ashfaq Parvez Kayani argued that Pakistan wanted “strategic depth in Afghanistan but [did] not want to control it.” He added that a “peaceful, friendly and stable” relationship with Afghanistan would ensure that Pakistan is not threatened with security problems on its western border. Kayani went further and asserted that Afghan state institutions, including the army and police, should be kept in check so they do not pose a threat to Pakistan’s “strategic interests.”

There are several inherent challenges in the concept of strategic depth. First, it seems militarily bankrupt since it implies that, in the event of an attack from India, the Pakistani army would retreat to Afghanistan — a near impossible feat — to regroup and launch a counterattack. The concept accords little consideration, if any, to the fate of the 180 million Pakistani civilians that the military would leave behind,  a politically impossible feat, to pursue this “depth.”

Second, what makes the concept unfeasible is the fact that Afghanistan has not diluted its claims to the Pashtun parts of Pakistan. No Afghan leader has accepted the Durand Line. It has been argued that even the Taliban, beholden to Pakistan for its very existence, could not do so.

However, there is an equally compelling argument that Afghan claims over the Pashtuns actually works to Pakistan’s advantage, as it gives them a rationale to continue meddling in Afghan affairs. Article 2 in the Durand Line agreement was, in fact, formulated to prevent this: “The Government of India [Pakistan] will at no time exercise interference in the territories lying beyond this line on the side of Afghanistan.” However, it should be noted that Pakistan’s record of adherence to bilateral agreements has been anything but consistent.

The Pakistani military doctrine behind the concept of strategic depth suggests transforming Afghanistan into a client or subservient state that is beholden to the Pakistani security establishment. Unchallenged pursuit of this policy could potentially widen the area of military conflict and drag Afghanistan into the Indo-Pak equation.

With the West increasingly wary of committing any further forces to Afghanistan, Pakistan seems to have won at least partial acceptance of its argument (to the West) that stabilizing Afghanistan is not possible without addressing Islamabad’s concerns. Senior US officials have privately argued that Pakistan, its nukes, and the public face of extremism permeating its society are a collective global challenge. Afghanistan is merely a “side show” when compared to the concern that Pakistan poses for the US and the West.

Western and Pakistani narratives suggest the proxy war is a new variant of the Great Game, now being fought between India and Pakistan. However, the question that one should ask is this: Do Pakistan’s policies in Afghanistan constitute a barely disguised land grab or are they an extension of the Great Game? Added to this, can the policies that originate from Pakistan’s imagined fear of encirclement by India be pursued at the cost of sovereignty of an independent nation? And is Pakistan simply seeking to splinter Afghanistan on ethnic lines and, in the process, enlarge its size, secure its elusive “strategic depth” and quell Pashtun nationalism?

The sooner policymakers in Delhi examine these issues, the more likely they will be to prioritizing their approach to post-2014 Afghanistan.