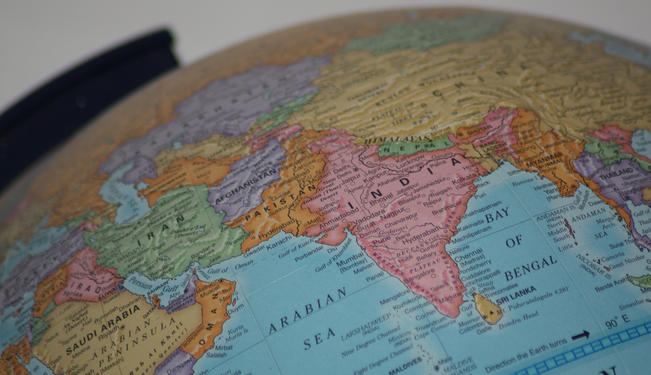 It has become customary to assert that the centre of gravity of world politics has shifted to the Asia-Pacific region. The ascent of several regional states such as China and India has made this notion almost indisputable. But is this popular cliché crowding out attention on geopolitical issues elsewhere?

Recent months have shown that West Asia remains at the fulcrum of world politics and the arena of the next hot war. The West’s conflict with Iran has spread to Syria in what appears as a serious thrust against the two uncooperative but pivotal states in an otherwise vast sphere of western influence in the Greater Middle East.

Syria’s geopolitical importance is two-fold. First, Syria serves as a strategic and logistical rear base for Hezbollah in Lebanon to resist Israeli power. Second, Syria is a potential outlet for Iraqi oil and gas resources into the Mediterranean and onto Europe. Iran has the world’s second-largest gas reserves, is the second-largest Organisation for Petroleum Exporting Countries (OPEC) producer and a capable military-industrial nation. As an aspiring regional power, it is a potential threat to the Western-allied Sunni Arabs and an obstacle to America’s Afghanistan strategy as well as its access to Central Asia’s and the Caspian basin’s energy wealth. Iran also sits on the mouth of a vital maritime chokepoint — the Strait of Hormuz — through which 35% of the world’s oil tanker traffic passes.

From a Western geostrategic perspective, it is logical that such nationalist regimes would be replaced by friendly and accommodative governments. The extent of Western pressure being applied is perhaps also underscored by its timing to coincide with the withdrawal of US ground forces from Iraq and therefore aimed at pre-empting regional interference in Iraqi affairs.

However, a repeat of a “Libyan scenario” where NATO air power pulverised the country after unilaterally interpreting a UN Security Council mandate to topple a regime has been prevented. On this occasion, the difference seems to be that other great powers, particularly Russia, have entered the fray and are covertly and politically assisting Damascus and Tehran from being overwhelmed by the extraordinary pressure emanating from the West and its regional allies. In October 2011, Russia, followed by China, vetoed a UN Security Council draft resolution condemning Syria for its crackdown against an insurgency. India, a non-veto member, abstained from voting on the resolution.

But it is Russia’s strategic support to Iran and Syria that has complicated the matter and raised the cost of a Western military intervention. In December, Iran reported that it had captured America’s most advanced stealth drone — the RQ-170 Sentinel — that had been conducting high altitude surveillance missions over Iranian airspace operating from its base in Kandahar, Afghanistan. Some analysts have speculated that Russia played a role in enabling Iran to intercept the drone. In October, Russia delivered a sophisticated electronic intelligence and jamming system, the Avtobaza, that probably assisted Iran’s cyber warfare units to detect the invisible drone, jam its encrypted GPS signal with a US satellite, and finally command the drone to land in Iran. Russia’s moves on Syria have been even more explicit. In early December, Russia delivered 72 Yakhont supersonic anti-ship cruise missiles to Syria. Similar to the Brahmos missile that Russia and India have co-developed, the Yakhont’s 300 km range would deter any hostile navy from pressuring the 300 km-long Syrian coastline.

A Russian naval flotilla led by a nuclear-armed heavy-aircraft carrier has also reached the Syrian port of Tartus, Russia’s only foreign naval base, to underscore Russian support to the Syrian regime. A former Russian naval chief remarked that “an attack on any Russian ship would be regarded as a declaration of war with all the consequences”. In other words, Russia is counting on its strategic capabilities and has extended its nuclear umbrella to Syria to deter the American Sixth Fleet from escalating the conflict. Moscow has clearly drawn a line in the sand and is unwilling to abandon its last and only foothold in the eastern Mediterranean, and a source of political leverage and influence in West Asia.

Amidst the great game in West Asia, Asia-Pacific’s rising powers like China and India are on the sidelines of the ongoing conflict. This is not because they are unaffected by events in Syria or Iran.

The immense energy wealth of the Persian Gulf region and its intricate link with Asia-Pacific’s economic engine implies that any conflict in West Asia will severely dent Asia’s economic stability. All of Asia’s rising powers are energy-starved economies. Japan, China, South Korea and India all rely on high oil and gas imports flowing mainly from West Asia. India alone spent nearly $130 billion on oil imports in 2011 with 70% supplied from West Asia. India purchased $12 billion worth of crude from Iran, its second-largest supplier accounting for 12% of total imports. Nearly 80% of Iran’s oil exports flow to Asia-Pacific. Thus, energy security alone implies that sustaining this interdependence should be a strategic imperative.

The only meaningful leverage that Asia’s rising powers possess in shaping the outcome of this conflict is to weigh up their economic relationship with Iran. If China and India go ahead and align their energy policies to suit Western embargoes on Iranian oil and gas, that would seriously undermine the Iranian regime and strangle its economy. Yet the costs of such a foreign policy choice would also be borne by the average Asian and the industrial sector, which would face spiralling energy costs and shortages as 2.5 million barrels per day of Iranian oil exports were taken off the international market.

Alternatively, standing firm and allowing Indian and Chinese refineries to purchase Iranian oil would be a modest but important geopolitical contribution by Delhi and Beijing to the great game. The year 2012 will reveal whether Asia’s rising powers are serious about shaping the emerging balance of power or content with being relegated to passive spectators as the great powers tussle it out.

*[A version of this article was originally published by the Tribune]. 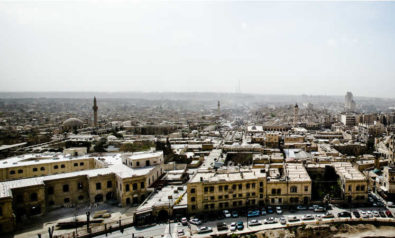 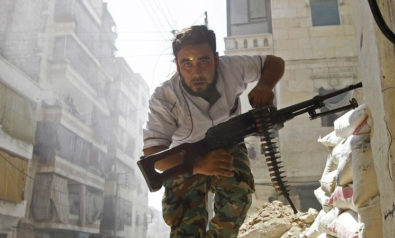 The Geopolitics of the Syrian Civil War (Part 1/2) 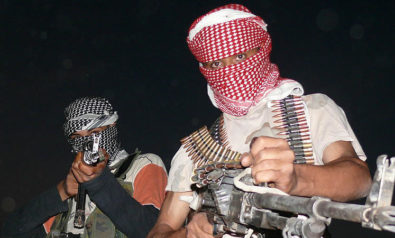 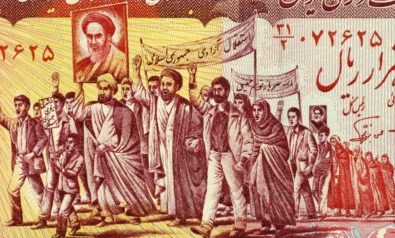 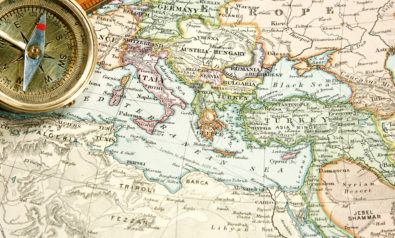 100 Years Later: Lessons for the US in Syria 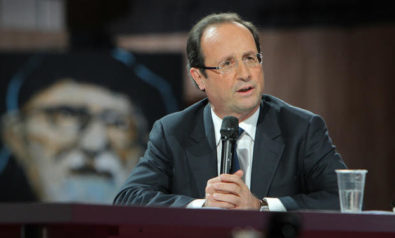 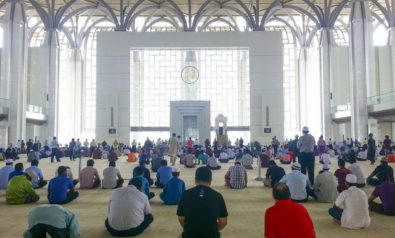 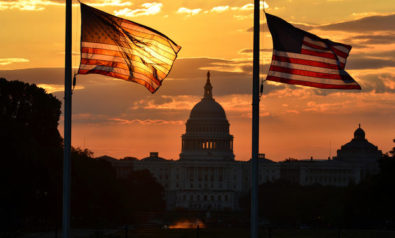 Policy From Inside the Perimeter: No Finger in the Wind 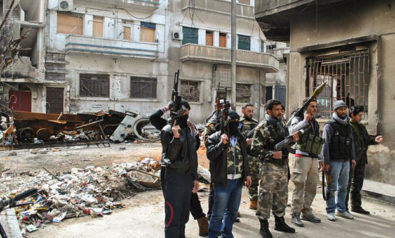 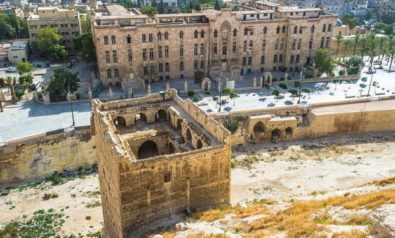 The End of a Unified Syria 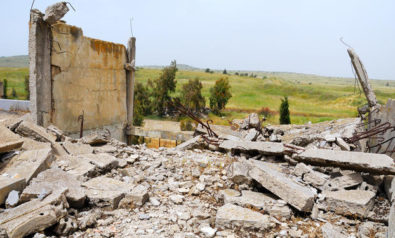 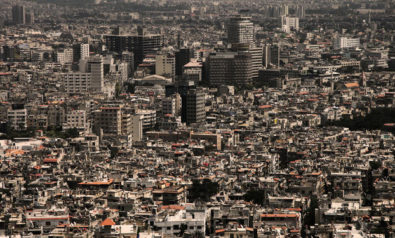 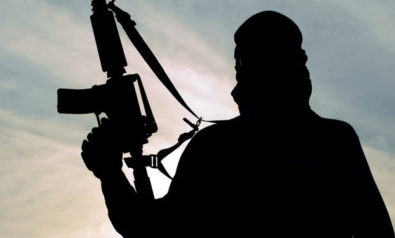 International Jihad and the Syrian Conflict 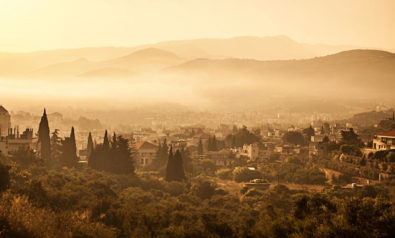 Syria and the Crumbling Region: A Look at Lebanon 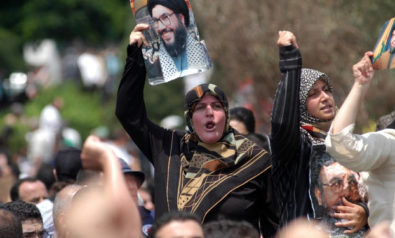 The Prevalence of Sectarianism: Hezbollah and the Syrian Civil War 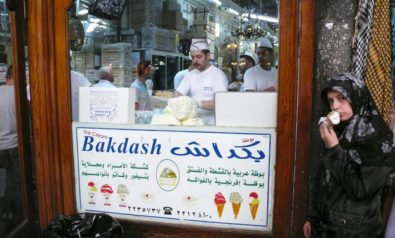 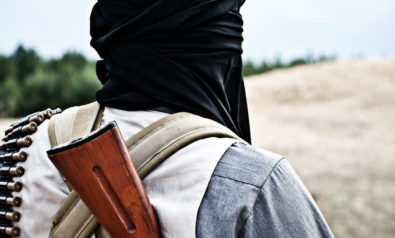 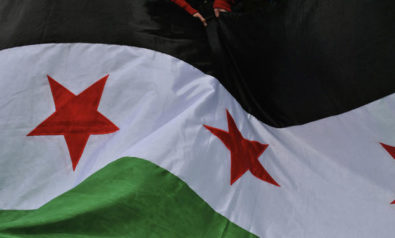 Syria: All the King's Horses... 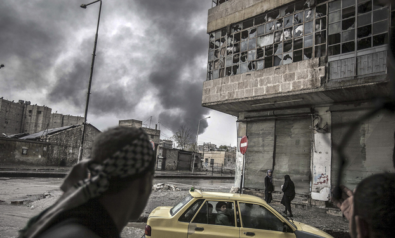