The most striking aspect of today’s Cuba is a people still strengthened by their revolutionary fight for true independence.

Cuba has made it to 2016 with no help from the United States. Cuba today is independent, nobody is hungry, it has a 99% literacy rate, a significantly lower infant mortality rate than the US, and admirable racial and ethnic harmony. In fact, the country has managed to make it this far in spite of America and its senseless economic embargo, an amalgam of laws that has economically isolated Cuba from the US for well over 50 years. As if the embargo were not enough, earlier US intervention in Cuba includes a mid-20th century organized crime invasion and a late 19th century real invasion.

But now, both countries seem poised to try to develop a mutually beneficial economic relationship that has been set in motion by the recent renewal of diplomatic relations. President Barack Obama has scheduled a visit to Cuba for late-March that should further advance development opportunities for Cuba and trade and investment opportunities for US interests.

To see for myself, I recently traveled on my own for three weeks in Cuba. I speak Spanish pretty well and was able to obtain valuable social, economic and cultural insight speaking to Cubans in their language. I learned a lot. Most of what I learned had little to do with the lost dreams of Miami Cubans still awaiting the return of pre-revolutionary wealth or with reported human rights abuses. These are the dual lenses through which most American reporting about Cuba are filtered.

Those distorted lenses leave much of the story untold. First and foremost, the Cuban people are honest, hardworking and encouraged by the prospect of a path to a better economic future through increased private enterprise and increased trade and cultural exchanges with the US.

Furthermore, I did not encounter anyone who seemed at all reluctant to discuss life in Cuba, including the hardships, Cuban history, the American embargo and its negative impact, or the Cuban government. This part of the narrative simply does not square with the frequent US depiction of Cuba as a police state—overt police presence is scarce and mostly concentrated on traffic supervision, and the Cubans with whom I spoke expressed no fear of speaking candidly to a foreigner.

So while the Cuban government’s human rights record probably leaves a good bit to be desired, America’s critical stance strikes some Cubans as hypocritical. (Note: For example, no one has been executed in Cuba since 2003, and no one is presently under sentence of death.) While US politicians debate their version of Cuba’s future, there should be no doubt that the Cuban economy could greatly benefit from normalized relations with America, as that economy has already benefited from normalized relations with the rest of the world (Europe, China, Russia, as examples). At present, the continuing US economic embargo is increasingly used by international business interests to undermine future American business and investment opportunities on an island that is the largest nation in the Caribbean with a population of over 11 million.

As future US involvement unfolds, however, the key issue facing Cuba today is how to ensure that private enterprise opportunity for some will engender greater economic benefit for Cubans across the board. Will a growing tourist industry result in hungry tourists (yes), willing to pay a premium for locally raised fresh chickens (yes), that will result in an increased wage for Cubans producing the chickens (not clear)? Similar questions can be asked about manufacturing and export opportunities.

In this context, the good news for Cuba is that both the people and their government appear to be appropriately wary of the potential price of US economic intervention. While the debate about income inequality rages in the US, concerns abound in Cuba about equitable distribution of the results of increased free enterprise. Even though Cubans have a positively skewed view of life in the US, many seem to understand that private investment will not be about Cuba, but about investor profit, and that without appropriate governmental controls, US investment and a flood of American tourists could overwhelm the island with net negative consequences.

As if to mirror this notion, the primary mantra on the lips of virtually all foreigners visiting Cuba now is a desire to get to Cuba “before the Americans come.” There appears to be some notion that once American tourism and investment are freed of the “blockade” (as the Cubans call it), the resulting invasion will destroy a large part of travel paradise and Cuban culture, and endanger Cuba’s hard-fought independence. (Note: From Europeans traveling in Cuba, the words are uttered without reference to Europe’s glorious past invasions of the Americas that brought smallpox and guns to the previously idyllic American soil.)

While I do not know how the immediate future will play out for Cuba and its people, my journey suggests a bright long-term outlook. The island is beautiful, with vast tracts of environmentally protected areas, its people are outgoing and welcoming, and there is significant infrastructure and human capital to build upon. Perhaps most striking is a people still strengthened by their revolutionary fight for true independence and the ongoing struggle to fulfill the revolutionary promise.

In Cuba today, there is a refreshing “culture of solidarity” that has survived intact for over 50 years. That solidarity is a good part of what has carried Cubans through their recent past and is very likely to provide a firm foundation for the political, social and economic changes that have begun already. These winds of change will blow with or without US involvement and will carry with them the expectations of the Cuban people for a brighter future. 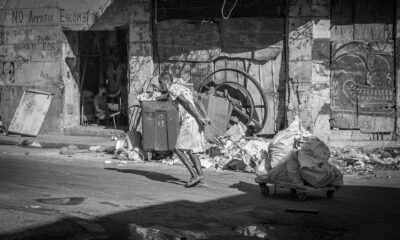 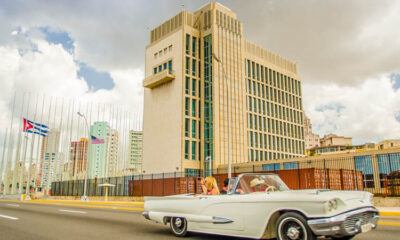