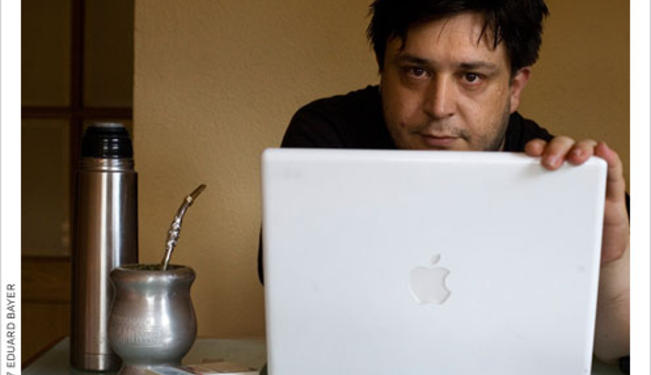 Hernán Casciari founded Orsai magazine in 2010. The magazine publishes chronicles, essays, fiction, short stories, feuilleton and comics. It combines the best of cultural magazines from the early twentieth century with a look to the future. The project started as a blog and merged into a magazine in 2010.

By 2011, it had become a publishing house and cultural bar. Orsai is becoming more established because readers perceive it as their own, as a model of “what a literary magazine should be in the 21st century”. Orsai contains no publicity. In Argentine soccer jargon, orsai is used as a deformation of the English “off-side”. By extension, in colloquial River Plate language, orsai applies to anyone who does or says something inappropriate or out of place. Orsai strays from traditional modes of distribution: anyone in any part of the world can become a bimonthly distributor, and is paid in advance. Orsai has been selling 5,060 annual subscriptions in 20 different countries.

Because Orsai was born from genuine spontaneity, it involves people in a way that the biggest editorial firms cannot. Did you revive the critical and community spirit of the people?

I think I deserve little merit here. People will always be more involved in amateur projects with no lucrative ends, especially if they can identify with its ideas, than in professional projects that get their funding from the market. Thanks to internet networks many such projects have emerged.

Are you demonstrating the fact that another (editorial) world is conceivable?

A few years back it became possible to turn things around because intermediaries stopped being necessary. Projects like Orsai will only be remembered as the beginning of a transition that had to happen – in editorial fields and all others, too. We aren’t demonstrating anything: readers are simply taking an active position. And authors, little by little, are starting to understand this trajectory.

How did the creation of Orsai fit into your life’s journey?

Orsai was born as a blog ten years ago when there were barely any blogs. Its texts then turned into books during a time when there were hardly any books born from blogs. Later, it turned into a magazine with no publicity when magazines like that were hard to find. The idea is to venture, to see what lies beyond, to find enjoyable crags to follow along. In this respect, Orsai and myself are very similar.

Did you get to the right place by doing everything backwards?

If my wife were here to interrupt us, she would tell you that “doing everything backwards” is my approach to all situations. There isn’t any merit in this, either; I always do everything backwards, and 90% of the time, things turn out terribly. But whenever that 10% turns out well, it gets a lot of press.

How many copies does Orsai sell and in which countries?

This year we printed 5,000 copies. We don’t need to sell any more to cover our costs. Argentina and Spain are the two countries where it is distributed the most, but the magazine reaches 18 more countries. Senegal, Aruba, the Virgin Islands, and New Zealand are some of the most exotic of these. We have two distributers in Germany – one is in charge of our readers in the north, the other one of the south. Our magazine is very popular in Europe.

We will have a long talk with Chiri, Orsai’s editor-in-chief, in October or November. He wants to turn Orsai into a university. I want it to become a women’s hockey team. There will be conflict.

By embarking on Orsai’s voyage did you turn into an editor and did it change you as a writer?

My friend Chiri is much more of an editor than I am. He speaks with the authors, he takes care of them and goes over drafts with them. He is the one that looks out for collaborations to see if there is anyone we might like. I also do that sometimes but my role as project director takes me to other areas: logistics, web hosting, distribution and so on. I don’t feel like an editor. I wish I could dedicate myself entirely to editing, but in this stage of the project I am like a small town orchestra: I play a lot of instruments but I don’t tune any of them.

We started April with 4,300 annual subscribers, so we only need 700 more to meet our goal. We will get those before the end of the semester and I believe this will make our website very interactive. Reaching 5,000 will change our project entirely. It will be lovely.

Some of your early followers complain that they cannot get loose copies anymore. Have you thought of an option for readers who are getting cast out of the Orsai 2012 model?

Yes, of course: the free PDF.

How do you think you and Orsai will evolve in the project? Will your role as editor replace your role as author eventually (which was the original propeller)?

No, I think that 2013 will be a year of writing for me. I need it. Orsai’s evolution as an editorial project will stop taking up so much of my time and energy. What we are doing now is winter work so that later on, we can enjoy the summer.

*[This article was translated from Spanish to English by María Cristina Fernández Hall.]