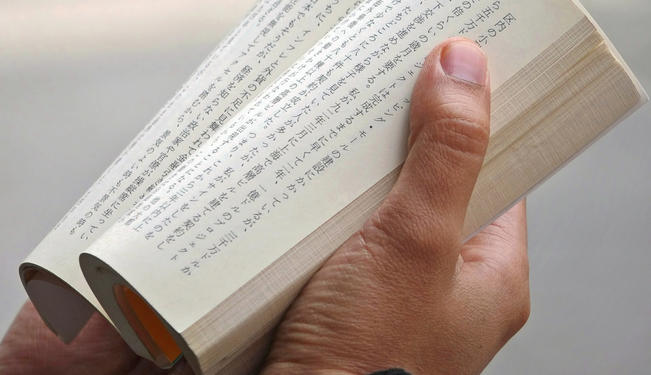 The study and stature of Chinese literature died a slow death following the country’s economic resurgence. But there are signs of a revival that would strengthen the form’s most traditional aspects.

Young people have traditionally stood at the front-line of modern Chinese literature, but with the untimely death of the 1990s writer Wang Xiaobo, no new standard for young intellectuals has emerged. Significant side-traditions in the story of modern Chinese literature have continued to grow, for instance in wuxia novels, in the dime-book romances of Sanmao and others, and in chatty fictionalizations of court-intrigues such as “Mingchao naxie shier” (“Gossip from the Ming Court”), now quicker than before with the rise of China’s internet community. But what has disappeared is a serious literature, written by contemporary Chinese authors that engages with and challenges the reader.

This is perhaps surprising when the writer played a truly significant role in shaping public opinion from the inception of Communist Party rule until the 1990s. Though this role was strictly curtailed during the Mao years, for many it was still possible to produce good, essentially nationalist literature that both supported policy and urged people to be proactive in their role in a revolution that made many feel increasingly impotent. This was evident in the profusion of poetry and short stories dealing with the harrowing ’60s and ’70s by those writing in the 1980s, the so-called “scar generation”.

So what happened? Firstly, there was a general deterioration of trust between intellectuals/students and the state, the rebuilding of which remains one of China’s most severe internal problems, and will no doubt grow more pressing with the government’s attempt to spread its “soft power”. Secondly, my impression is that many parents “foresaw” nothing coming for future writers and so actively discouraged their children from engaging with contemporary writing. With the unprecedented turn in Chinese education towards the study of western languages and business, such skills seemed like a waste anyway.

The writer was abandoned by his natural friends and supporters and was left with very few roads to take. Chinese art generally has shown a regrettable tendency towards extreme or just shocking behaviour, the origins of which all seem to lie in the 1990s. Ma Liuming’s body-art managed to be risqué without being tasteless to so many, but there is a direct line between this school and the later extreme artistic creations of Zhu Yu, famous for his “eating-people” photo series. Jia Pingwa has produced saucy tales galore for his limited public, but the tendency was inevitably taken too far in Annie Baobei’s stories, which once described a sex act with a European on university campus, right in front of the mandatory and, in many respects, sacred Mao Zedong statue.

Chinese authors have also managed to commit partial self-destruction by making alliances with western academics and often consciously pandering to western ideals of what a writer in China should be like. This is no doubt seen as an act of treachery by the government and others in China, but interestingly enough has proved so ineffective in raising an author’s cultural cache amongst their own people that publishing parties for English translations of banned books have been held right in the centre of Beijing.

So have all the three actors discussed above – politicians, proletariat and writers – combined to make Chinese literature as good as gone, pure history?

I think the answer is that this holds more or less true for the current generation, which has no reason to become excited about its own nation’s literature. But the generation that follows, perhaps those Chinese being born today or within the last, say, ten years, will quite naturally find something, even if it is simply an economic incentive in hauling Chinese literature out of its self-dug grave.

I think we can be confident in this assertion because of the parents of this new generation, especially urban parents. Many of these people already have the funds and contacts to allow a child freedom from the gruelling Darwinian grind that has been the spectre of so much of their own lives. This is not to mention the simple fact of property, which they want quite justifiably to simply hand down to their children in joint living arrangements. These children will be free to develop a range of interests, and we will see a surge in demand for those attributes which, in Chinese society, can differentiate two people of equal wealth – their level of culture. Informal clubs are already sprouting up over campuses and across suburbs for sketching, film discussions and reading groups. The implications of this for a resurgence of literature should not be underestimated, and perhaps it will come sooner than we think.

Of course, this needs a breakthrough figure, and we almost saw one a few years ago in the shape of Han Han, that rally-driver turned dispassionate blog-artist whose comments and opinions were better known than anyone else’s in China from 2008-9. Han Han has rather regrettably been led to understand that he should no longer blog in “inflammatory” terms, but that might ultimately be an unwise move on the part of those elements. A small example was Han Han’s posting on the train-disaster that rocked China last summer, a simple pair of closed speech marks, indicative of how much the young in China are finding what they want to say, and what they now see as the extreme and outdated thought directed against them: “”. This provocative non-comment was itself commented upon several tens of thousands of times within a few hours, and was the subject of two Masters degree theses in the United States. Even Mo Yan’s recent winning the Nobel Prize of Literature has caused nothing like the stir caused by this solitary rally driver.

But there remain enough people able to see both sides of the coin with Han Han for me to doubt his continuing influence or that of any contemporary blogger. The danger here is that government interference with the Internet will succeed in turning people who sit in this middle zone towards protest, but the result will not be literature so much as the continuing working out of the regrettable growing pains of China’s literature-less generation. International support for these communities will probably continue to have the opposite effect in alienating those who do speak out, much in the way that Chen Guangcheng’s recent decision to go into self-imposed exile in the US has done nothing but to give the average Chinese person the impression that his noble cause has become a device used by western nations to shame China.

This is perhaps all rather sad, but I think the resurgence we can look forward to is sure to be in a more traditional form of literature. Once the Chinese youth teach themselves instead of simply being taught what is their literature and what their role as writers should be, as was impressed consciously or sub-consciously on the minds of anybody writing between 1949 and the 1990s; once the international community grants them certain breathing spaces and removes the Pyrrhic victory of escape to a western nation; then they are on the way towards redefining the literati community’s fundamental position of independence, rather than supporting pillar of the state. This seems a stage in the growth of a mature Chinese society for what lies ahead, balancing the bureaucracy of education with its purely intellectual alternative, the passion for service to family, country, and people with the human need for proper distance from other humans, and the need for forces and minds to stand in something approaching harmony as a result. This is what so much of the best Chinese poetry, such as Yuanming, manages to show, and it is also a better reflection of how the stakes have stood in China for at least 500 years.