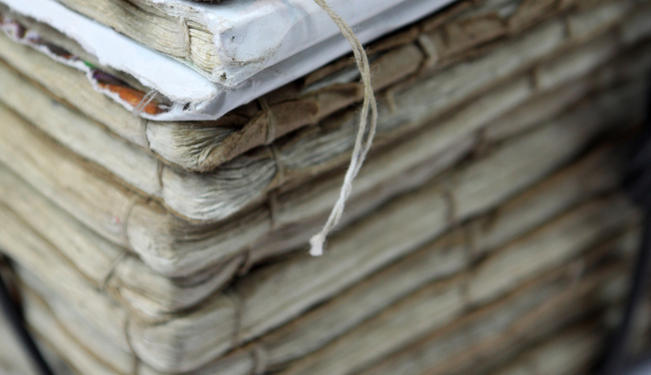 A Chinese story practically unknown in the west is given a makeover by an American author.

“A Dream Of Red Mansions” (or “The Story of The Stone” as it was also known) is one of the most beloved and revered novels in Chinese literature. This romantic story of a powerful clan (the Jia family) transitioning from greatness to eventual ruin amid a love triangle remains as much a hit today as when it came out in the 18th century. It ranks as one of the four best Chinese classics of all time; the other three being “Romance of the Three Kingdoms”, “Travels to the West” and “Water Margin”. The novel was written by Cao Xueqin, who used his own family as the blueprint of the Jia family.  Due to the many depictions of female characters, it was considered more of a woman’s romance novel than the other three. So it was no surprise that Chinese American author Pauline A. Chen decided to write her own take on this timeless classic.

Pauline A. Chen was born in the United States, and is third generation Chinese from Taiwan. From an early age she was interested in the stories of her grandmother, who had to live within the approved role of a woman in a traditional family and suffered in silence. It was perhaps this interest that prompted her to study Chinese (the only sibling in her family to do so) and to understand more about its culture through literature. Pauline eventually got her PhD in East Asian Studies and taught Chinese language, literature, and film at the University of Minnesota. Yet “A Dream of Red Mansions” continued to intrigue her as it offered many role models of Chinese culture for her to study. Pauline finally decided to tackle this long classic after realizing that it is virtually unknown in the English-speaking world, and the only translation available was long and complex. She decided to do a condensed version that only focuses on four main characters, Lin Daiyu, Xue Baochai, Jia Baoyu and Wang Xifeng.  Her novel, “The Red Chamber”, was published in July.

Pauline Chan used the original plotline, but she was not averse to changing the characters to illustrate her points on female roles and their limitations. Without giving the plot away, Chan’s version is more sympathetic to Wang Xifeng (an ambitious and false beauty who in the novel is skilled in diplomacy, but can also “kill without using a knife”), Xue Baochai (a generally politically-minded young woman and cold in her calculations) and Lin Daiyu (an emotionally fragile and sickly character, but is also a genius at composing poetry). She gave them more dynamic situations than the original to perhaps illustrate their potential, which wasn’t realized in the original story. Pauline hoped that her readers would be intrigued enough by her presentation to read the original text. After all, her version is only a small fraction of the entire classic.

Perhaps it was because the story is too well known in China, Pauline’s version wasn’t received with great enthusiasm in the Chinese markets of Mainland China, Taiwan & Hong Kong, where best sellers like Harry Potter and books by Dan Brown have been quickly translated and marketed. But western readers can get a glimpse of the debate about women’s roles in Asia, and how it how much of that has remained unchanged by reading Pauline Chen’s updated take on an old tale. Strong women like Wang Xifeng aren’t likeable and eventually face ruin, while an idealist like Lin Daiyu and a traditionalist like Xue Baochai struggle for a voice in their own destiny. Can a woman really chose her way of life and achieve balance and satisfaction? It is an open question that Pauline Chen leaves for her audience even as the fate of her characters are decided. The debate still goes on.