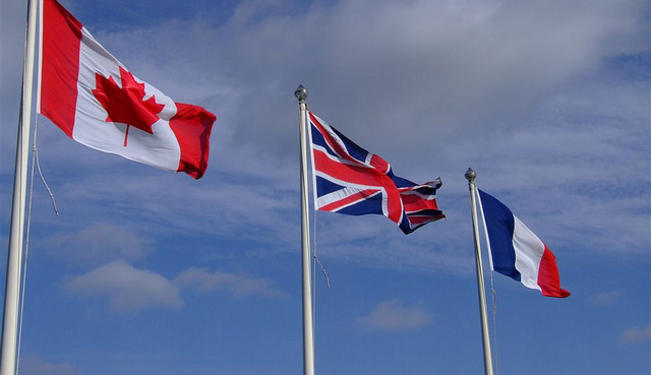 Canada rarely celebrates its relationship with the British constitutional monarchy, although both countries have greatly mutually benefited from one another. Canada should use the upcoming Jubilee to celebrate its history.

The Canada that Her Majesty Queen Elizabeth II ascended the throne to rule in 1952 had grown over 330 years of mutually beneficial relations between the Canadian colonies and the French and British Empires. During both British and French control of Canada, a governor general represented a European monarch; it was only under French rule that no functioning democratic legislature existed. The close relations Canada held (and in the case of France and Quebec the relations it completely revitalized) with these two mother countries have without doubt positively influenced Canada’s development in the last century.

Canada's British monarchical heritage should be celebrated. There is a stunning contrast between how much American children are instilled with the values of American revolutionary republicanism and the paltry degree to which Canadians are taught the values of organic monarchism. Compared with the extent to which countries across North America and Western Europe continue to celebrate their constitutional origins, Canada rarely celebrates what little history it has.

Debate over the use of the monarchy, hardly a fresh topic, has been gaining traction in a variety of ways this year. Quebec’s fierce opposition to sustaining the monarchy in Canada is a reminder of the British crown’s contentious reputation in the region. Was Quebec the victim of subjugation and cultural destruction?

Some evidence towards the contrary: the Quebec Act of 1774 preserved the Francophone province's religion, law and language under the British Empire. Compared to Catholics elsewhere in the empire, Quebecers were granted substantially higher levels of cultural respect.

It seems undeniable that the English subjugated French Canadians socio-economically during the nineteenth century. However, their Westminster-modeled constitution provided a democratic framework that enable Francophone Quebecers to assume their own wealth and resources, a reflection of how uniquely peaceful and achievable democratic change has been in Canada thanks to the British crown.

The year 2012, the bicentennial of the War of 1812, marks a significant milestone both for the Queen and the institution of the crown itself. The war found the British Empire defending regions of Canada from American assault. Canada emerged from the war with unprecedented national pride and solidarity, having resisted assimilation into the American republic, all results of its British ties.

In those days, the crown was a symbol of Canadian security and freedom. The Jubilee celebration may be a better time than ever for Canada to tribute its long and fruitful relationship with the British constitutional monarchy.