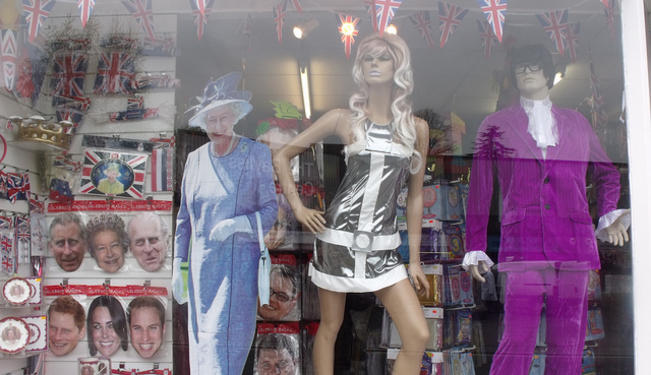 As we approach the end of the Queen’s 60th year on the throne, we can reflect on what she has brought to Britain.

There is an unquantifiable part of British identity that resides in the Queen. Although some are weary of displaying too much patriotism, when the Jubilee celebrations kick off next month most of us will partake. There is a niche group of ardent royalists, the kind who clutter up their kitchens with royal memorabilia, who will revel in it. There are also some republicans who will conscientiously (and conspicuously) opt out. The rest will just enjoy the day off and pray for it to be a hot one.

Our thoughts won’t stray much further than that. We spend little time thinking about monarchy in the political sense, for obvious reasons. The crown has no real power, and is only symbolically connected with parliament. Constitutionally, it is a different story. The anti-monarchy camp often bemoans our outdated, hotchpotch of a constitution with a toothless leader at its centre.

Many countries have an elected head of state in a symbolic role. Seeing the Queen shaking hands with Barack Obama is a reminder that she is our representative, as well as the representative of several other countries around the world. She is also the Supreme Governor of the Church of England, and so is, nominally at least, both a political and a religious leader. This should stir up debate about what place a state religion, chaired by a royal, has in a liberal and progressive nation, but the position she holds is mainly ceremonial rather than actual. Although the Queen often refers to her religious beliefs in her annual speeches, and it means a lot to her personally, she exerts little control over the Church of England. Likewise, although the Church benefits from being historically connected with the state – by having representatives in the House of Lords, for example – Britain is far from a theocracy.

The greatest influence the royals wield is over our home-grown celebrity culture. Day-to-day news stories can be as banal as the Queen and Prince Phillip getting briefly stuck in a lift, but occasionally a journalist will strike gold. They have been media fodder for decades, ever since our newly crowned King started seeing an American divorcee. The cacophony surrounding the royal wedding has just been a natural progression from this. The coverage was like that of the Academy Awards, with a focus on the fashion and the faux pas. We were bombarded with images of the dress, David Beckham’s morning suit and Princess Beatrice’s hat. The slant of the media is the royal family’s lifeline and the Queen’s popularity is largely determined by this. It reached a low point when Diana died, but has climbed up again as the focus has shifted to the new generation.

This celebrity mania goes beyond our own shores. The royal family may be a very British tradition, but it packs the most punch for those outside of the UK. The daily rag I would pick up on the U-bahn in Vienna on my way to work was more often than not full of royal faces. In Andong, South Korea, there is a permanent exhibit in commemoration of the Queen’s visit on her 73rd birthday in 1999. I didn’t even realise it was the Queen’s Diamond Jubilee until a few months ago when I was hunting for a souvenir for a non-British friend in Piccadilly Circus’s sprawl of tourist shops. The walls were lined with teddy bears with the Queen’s coat of arms and her reign, 1952-2012, emblazoned on each chest. Royal events – and the royals themselves – are an export commodity.

It is difficult to know what the Jubilee represents. It is demonstrably celebrating the longevity of the Queen’s reign and an opportunity to share in a national feeling. We don’t have a national day – unlike most countries – but our monarch provides a symbol we can gather under. These occasions are pleasant. It is perhaps a little saddening that we don’t have more excuses for them as community spirit blossoms around times like these.

I believe that a leader in power by succession has no place in modern Britain, and it is a part of our outdated political system. But this is not a fair reflection of British sentiment; as an individual the Queen represents more than this. There is gravitas in her legacy. She is the head of a kingdom without an empire, which has had to adapt significantly to still be part of the world stage. She has been a fixed point on the horizon, and those who have been journeying with her for most, if not all, of her 60 years on the throne probably find this consoling. The notions of familiarity and tradition are potent. The monarchy is a blind spot in British people’s sight.

Occasionally the Queen resonates with me, despite myself. One of these times is on Remembrance Day. She leads the services, which pay tribute to those who have died or are working in combat under the Crown. It is a day that brings up a lot of conflicting ideas about what it means to be British. The right line is hard to tread, between valuing life and acknowledging sacrifice without glorifying war. But when she is laying a wreath down outside Buckingham Palace for the dead, it strikes the right chord. Her presence is comforting.

The Jubilee is an acknowledgement of history. The Queen will have her day of celebration and it will mean something, rather than nothing, for many people.