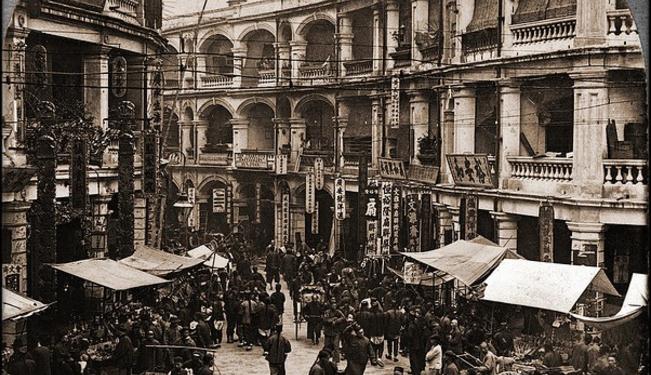 As a former British territory, the Queen’s Jubilee has resonance in Hong Kong.

On June 2nd 2012, Queen Elizabeth II of Great Britain will be officially observing her Diamond Jubilee as the monarch of Great Britain as well as head of the Commonwealth, which includes countries from Canada and Australia to those in Africa and Asia. For some she has remained the symbolic head of state, and her image can be found in their stamps and currencies. But this is a far cry from the 1897 Diamond Jubilee of her great-great-grandmother Queen Victoria, which was a celebration of an empire on which the sun never set.

In fact, the only similarity between the two leaders is that both lived to celebrate this jubilee.

The coronation of Elizabeth II was held in Westminster Abbey on June 2nd 1953, a few months after the death of her father King George VI. Hong Kong at the time was still a crown colony ruled by the British. Fondly called the “Pearl of The Orient”, Hong Kong was one of the few Eastern jewels remaining in the crown after the independence of India in 1947 and the impending breakaway of Singapore in 1963. The people there rejoiced at the coming of the new monarch, affectionately calling her “our own mistress” and actively participating in the coronation celebrations in the territory. My mother remembered those celebrations, which were so welcome after the hard reconstruction years after World War II. It was a time of optimism and hope of renewal, although the political situation across the border in communist China would seriously affect Hong Kong in the next few years. Hong Kong had always been governed under a monarch until the handover to China in 1997. In 1842, the Dowager Empress Cixi of China signed Hong Kong away in a treaty and the British Queen Victoria took it over. For the next hundred plus years, it would remain that way.

Why does the Jubilee matter to a former crown colony? The answer lies in the territory itself. After 1997, because of political and economic necessity, Hong Kong began to move its orbit away from the West and towards China. It was purely a strategic move due to the growing economic and political ascendency of China in the global arena which Hong Kong reaped great benefits from. However some argue that it never had the same kind of dynamic creativity as it did during the British period. That was because at the time the people could use their creativity to inject energy into industries (especially media in form of movies, TV and music) without worrying about censorship of any kind. The ICAC, the anti corruption bureau set up by the British, remains the most effective of its kind in Asia, making Hong Kong  one of the best places to conduct business. Scenically everything looks the same. The harbor and peak retained the name Victoria and street names continue to refer to a past where only white governors were remembered.

However one should not take this nostalgia too far. During the British rule, there were certainly abuses and unfairness in the system, but perhaps they were able to learn from the mistakes made with India and Singapore. That British rule did not end up being hated was testimony to their evolution in governance. Even though Queen Elizabeth may not have the satisfaction of having her former subjects celebrate her historic day in the same way they did with Queen Victoria, those who still remember in the territory will take some measure of satisfaction and happiness from it.