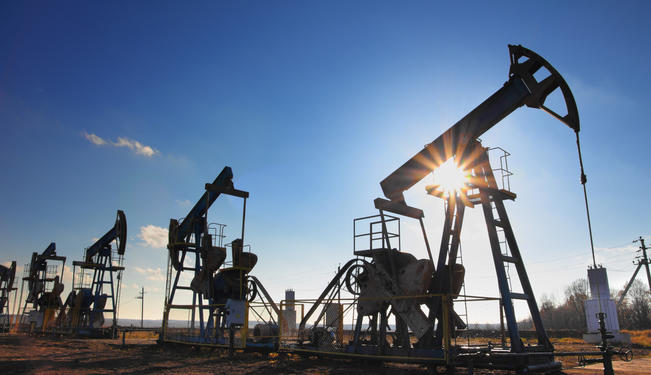 What does the shale revolution mean for European energy security?

The catalyst in this reversal of fortunes is the ongoing "shale revolution," where technological advances, flexible policymakers, and the high price of oil permit cost-effective hydraulic fracking in order to capture natural gas that is trapped within subterranean geological formations.

The shale boom is one piece of a rapidly evolving set of circumstances that has drastically altered the global energy landscape as countries around the world look inwardly for new indigenous energy sources. The US' dream of energy independence from the Middle East — something that has haunted it since the Organization of the Petroleum Exporting Countries (OPEC) first flexed its collective muscles during the 1973-74 Arab oil embargo — may finally become a reality.

But where does this leave America's NATO allies in Europe, where reliance on Russian hydrocarbons has become the uncomfortable norm? Could a similar shale revolution reach the continent and loosen Moscow's grip on European consumers?

The shale boom certainly has the power to alter Europe's tenuous energy security position. Current studies confirm the existence of large shale deposits across the continent with the potential to radically transform Europe's external energy requirements.

An increase in localized production would shift dependence and decrease the exorbitant prices that European consumers pay for energy. Currently, electricity costs in Europe are roughly triple American prices and double Japanese prices.

Europe's neighbor to the east, Russia, is the single largest exporter supplying 35% and 32% of the continent's oil and gas needs. The dependence on Russian fossil fuels grows the further east you look. This dependency has allowed Moscow to dictate prices and hold European consumers hostage, most notably during a number of high-profile pipeline cutoffs over pricing disputes.

The threat of Russian petropolitics looms large once again over the ongoing standoff in Ukraine and Crimea.

Moscow is well-aware of the leverage it holds over European consumers. The economic costs in Europe would be staggering if Russia were to shut its pipelines off — especially in Europe's fragile economic condition.

Russia would certainly take a massive hit as well, but President Vladimir Putin is well-aware that he can wait far longer than Brussels ever could.

That strategic advantage has prevented any European nation that has close economic ties to Russia from falling in line with Washington in enacting severe sanctions against Moscow. For why would you anger the partner who supplies the gas necessary to keep an electric grid online, or the partner who is such a lucrative customer for a variety of services from banking to armaments?

As it is, European dependency is expected to increase unless immediate action is taken — the ongoing crisis making that compulsion all the more necessary. Alternative pipelines, bypassing Russia as a supplier, have been widely discussed, but little has been achieved. The 2011 Fukushima disaster shifted the debate against nuclear power as a viable long-term energy solution.

According to data from the European Union (EU), renewable energy sources account for 11% of Europe's energy mix, but are still viewed as an expensive option, at least while cheaper alternatives exist.

Liquefied natural gas (LNG) imports have been touted as an alternative source of energy. However, the receipt of LNG requires a regasification terminal — an expense that many budget-strapped European governments still mired in recession are unwilling to invest in at the moment.

The potential price ceiling for Russian piped gas would be the cost of Qatari gas, Europe's primary LNG supplier — with waterborne energy normally costing more than piped energy, but an alternative nonetheless to Russian hydrocarbons.

Surprisingly, in environmentally conscious Europe, the use of solid fuels has risen as coal in the US is freed for exports due to the fact that many power companies there have switched to cheap gas. This has subsequently reduced the importation of Russian fuel as Gazprom exports to Europe dropped 8% in 2012.

This brings the matter to shale: Can the same success that has occurred in America be replicated in Europe?

The matter is not quite as simple as giving a green light to drill. A number of impediments have come to the fore halting Europe's progress toward reaping the rewards of unconventional energy sources before they have had a chance to begin.

The immediate concern is environmental. Some countries have taken measures to place moratoriums on fracking until its impacts on safety and the climate have been thoroughly analyzed. Others, such as France, the Netherlands and Bulgaria, have gone so far as to ban fracking outright. This has not stopped shale advocates across Europe from moving forward with domestic shale development.

However, another impediment is geological. Different rock formations in Europe make the drilling process more difficult than in North America and, therefore, more costly. This has not stopped some intrepid countries from going ahead with exploratory drilling — all the more expedient due to flaring tensions with Russia.

But positive initial investments have fallen far short of their marks as companies reassess the EU's potential shale output. The result being that fracking has been deemed untenable in much of Europe.

Until recently, the Kremlin viewed the shale breakthrough with well-founded suspicion. If its customers could drill for hydrocarbons themselves, the export-driven Russian economy would take a hit while Russia's regional energy primacy was weakened.

But Putin has a reason to smile. A report recently released by the US Energy Information Administration (EIA) states that Russia, in fact, has the largest recoverable amount of shale oil, as opposed to shale gas, in the world — 75 billion barrels. With Arctic offshore exploration added to the mix, Russia will likely meet Putin's goal of sustaining oil productionat 10 million barrels per day until 2020, placing it in an even stronger geopolitical position than before.

In Russia, fracking has the potential to offset the decline in production, roughly 2% per year, from maturing eastern oilfields. Additionally, there is little environmental opposition to the controversial drilling practices involved in the hydraulic fracturing process. The market has responded and a number of supermajors — bringing vital experience and expertise — have leapt at the opportunity to work with their Russian counterparts. For example, ExxonMobil will be joining Rosneft, the Russian state oil company, in the exploration of the Bazhenov Field.

With Russia set to tap extensive shale deposits to offset dwindling production elsewhere, what does this bode for the future of European energy security?

With the Ukraine crisis still live, the situation is becoming even worse than before. Europe desperately needs to diversify its energy sources, if it truly wishes to maintain some flexibility when negotiating with hard-handed Muscovites. Without diversification, Europe is at Moscow's mercy, making it even more difficult to temper Russia's bellicosity whether it comes to arbitrary gas prices or the territorial sovereignty of European states.

What is Europe to do in a situation where its energy needs are beholden to external actors? Environmentalists may have a reason to rejoice, for renewables may actually be the most effective way for Europe to wean itself from dependency on Russia.

The use of renewables has leapt 78% between 2000 and 2010 on the heels of healthy injections of subsidies. As renewable sources of energy become cheaper to develop as technology advances, they will become more cost effective, and a tenable option to make up a larger portion of Europe's energy mix.

If Europe wishes to loosen its dependence on foreign sources of energy, something the standoff in Ukraine makes starkly clear, the continued development of renewable sources of energy and its subsidization may be its most viable path forward. Europe must make reframing its energy mix a strategic priority. With its options limited, renewable energy will be the most secure way for the EU to ensure its future energy security whilst reducing carbon emissions.