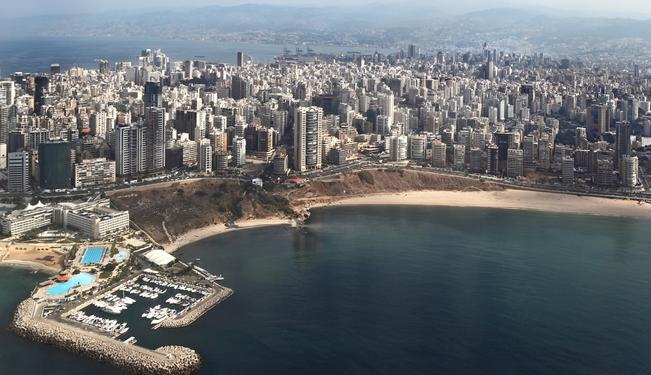 Nicholas A. Heras analyzes the challenges associated with potential resource revenues for the Lebanese state. The fault lines of a potential political conflict would further entrench pre-existing divisions. [Note: This article was originally published by The Jamestown Foundation.]

As the Lebanese government moves towards establishing commercial extraction of the country’s natural gas and petroleum resources in its maritime Exclusive Economic Zone (EEZ), questions remain over whether regional instability coupled with Lebanon’s ongoing political deadlock, sometimes deadly social conflict, and insufficient infrastructure will prevent it from benefiting from resource revenues. Although not yet realized, the extraction of Lebanon’s energy resources could provide the country with significant benefits. Gibran Bassil, Lebanon’s Energy Minister, stated that eventual revenues from energy resources could dramatically reduce Lebanon’s $54 billion debt (175% of the country’s GDP) and provide the country with 100 years of energy for its chronically underperforming and inadequate electricity infrastructure.

The US Geological Survey estimates that Lebanon has 122 million cubic feet of natural gas and 1.7 billion barrels of oil in offshore deposits. On February 1, the Lebanese government obtained bids from international companies seeking to pre-qualify for natural gas and oil exploration drilling in its territorial waters, and has established May 2 as the date for the submission of formal applications for exploration. In 2011, the Lebanese government created PetroLeb to administer the bidding process for energy companies to extract the country’s resources. Currently, over 40 energy companies are reportedly bidding with natural gas extraction expected to start in 2014 and petroleum extraction in 2017. In addition to extraction, significant investment in liquefied natural gas plants and pipelines will need to be obtained for Lebanon’s energy resources to be exported.

The currently limited ability of Lebanon’s military to protect offshore energy infrastructure from conventional military assaults or terrorist attacks will be a security concern when resource extraction begins off the country’s shore. At present, Lebanon’s naval forces are focused on a “coast guard” role with an emphasis upon search-and-rescue and smuggling interdiction operations. In this capacity, Lebanese naval forces are currently working with the United Nations Interim Forces in Lebanon (UNIFIL) in implementing UN Resolution 1701 by policing the flow of weapons smuggling into the country. One recent high-profile example of this role was the April 2012 impoundment of a Sierra Leone-flagged ship sailing from Libya, destined for the Lebanese port of Tripoli. The ship was reported to be carrying weapons for armed Syrian opposition groups based in the northern Lebanese city.

Lebanese naval forces have also established blockades and provided offshore fire support for the Lebanese Army’s littoral combat operations, such as the 2007 clashes between the Lebanese Army and the Fatah al-Islam jihadist group in the Nahr al-Barid Palestinian refugee camp, north of Tripoli. The Lebanese navy, recognizing the local and international significance of the country’s offshore energy resources and the need to protect energy extraction infrastructure, is beginning to orient itself towards establishing a policy based on building its capabilities in Lebanon’s territorial waters.

Lebanese Navy chief Admiral Nazih Baroudi recently wrote in the US Naval Institute’s Proceedings magazine that the Lebanese Navy’s ten-year military strategy acknowledged the responsibility and the imperative of the Lebanese Navy to be able to patrol its EEZ, and protect offshore oil and gas rigs from attack. The recent commissioning of the US-built 43.5m Lebanese Coastal Security Craft Trablous, an advanced multi-role patrol craft sold to the Lebanese Navy with the approval of the US Navy, is another indicator of the Lebanese Navy’s evolving orientation toward fielding adaptable craft that will allow it to patrol and defend its EEZ to protect future energy resource extraction.

In addition to military assistance, the United States has been active in working with the Lebanese and Israeli governments to delineate a maritime border between the two countries so that conflicting claims over energy resources are divided in a manner that is agreeable to both sides. A draft maritime boundary agreement is now being negotiated between Israel and Lebanon through the mediation efforts of the United States at the UN, with reports that it will eventually be agreed upon.  In line with these recent diplomatic negotiations, the Lebanese and Israeli navies are also beginning to cooperate in patrolling their nominal maritime boundary. This cooperation reportedly includes a joint Lebanese-Israeli naval effort to prevent pro-Palestinian activists from reaching Gaza, including the monitoring of foreign fishing boats approaching Israeli waters from Lebanon.

Lebanon’s political deadlock is also complicated by the potential of energy revenue. Noting this reality, Hezbollah Secretary General Sayyid Hassan Nasrallah emphasized that any potential revenues derived from energy resources belonged to all the Lebanese people, and that a fair distribution method of energy revenues needed to be designed. In addition, Nasrallah stated in his January 3 speech that Lebanon needed to adopt a national military strategy to incorporate maritime defense of its energy resources.

As indicated in Nasrallah’s speech, the pro-Syrian March 8 bloc (of which Hezbollah is a member) is likely to use the issue of energy resource revenue distribution to continue to reproach the anti-Syrian March 14 bloc (and particularly the Future Movement) for supporting laissez-faire — Beirut-centric economic policies that failed to build the country’s infrastructure or provide equitable economic growth. Politically, Hezbollah and its March 8 allies, could further their populist agenda for public sector overhaul and national infrastructure development by being forceful advocates of the use of energy-derived revenues and products for modernizing Lebanon’s woeful public energy sector, and for using these energy revenues for greater investment in several sectors of the Lebanese economy that are identified as being of utmost concern.

The potential effect of energy resource revenue on internal Lebanese politics will present a challenge to Lebanon’s government. Lebanese political parties have yet to solve endemic state corruption and have neglected to effectively rebuild infrastructure and develop the country’s inadequate public service, which has experienced frequent labor disputes, strikes, and a reduction in already limited service. The poor state of Lebanon’s public electrical infrastructure is a particularly intractable challenge that the country’s energy resources could address.

It was recently estimated that the country’s power plants can only accommodate 60% of its electricity requirements. Many rural areas of Lebanon have only 12 hours of electricity a day and rolling blackouts are common even in Beirut. Electricité du Liban, the state electrical utility, reportedly costs the Lebanese government over $1 billion annually; increasing the country’s national debt for poor electrical service that results in the widespread use of expensive generators for commercial and residential needs, electrical grids maintained by political parties or small enterprises, and the common practice of off-meter electrical pirating from the public system. Lebanon’s energy concerns are significant enough that the country commissioned a Turkish firm for a three-year contract to operate two electricity-generating ships, off the country’s coast.

In the foreseeable future, the potential political conflict over the exploitation of energy resources off the Lebanese coast is most likely to follow the predictable pattern of conflict between the March 14 and March 8 blocs. It will accentuate the long-simmering public debate inside Lebanon over the deficiencies of public infrastructure and services that affect the daily lives of Lebanese citizens. These deficiencies are becoming greater sources of political conflict, not just for the majority of Lebanese, but also for the growing influx of unemployed and impoverished Syrian refugees that continue to enter the country and stay in some of its poorest and most underserviced regions.