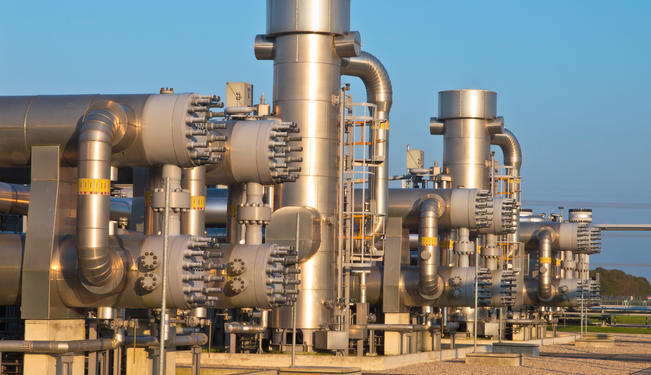 As the Middle East and North Africa attempts to industrialize and modernize its economies, there are significant energy challenges ahead.

The Middle East and North Africa (MENA) region has some of the largest energy reserves in the world. Yet, while the region is attempting to industrialize and modernize its economies, there are key energy challenges ahead. The most significant regional challenge concerns natural gas, namely, how to produce and utilize it more efficiently. However, this focus must be broadened and considered against the background of a dynamic global environment, that of increasing economic competition from Asia, the US natural gas boom and the global economic crisis, all of which altered conventional wisdom about the global energy sector.

For the mid-to-long term, energy intensity is arguably the most significant challenge for MENA policymakers. The high (and rising) MENA energy intensity rates are the result of several factors, such as a favorable energy and power tariff regime, regional climatic conditions, significant industrial expansion, demographic growth and rising consumer consumption patterns. It is the high energy intensity that drives the large MENA natural gas consumption.

In attempting to create a viable energy efficiency program for the region, it is necessary to address it from both the demand and supply side, while understanding that each MENA country has its own unique attributes. Governments in the region should promote “push” and “pull” policies that drive technological change and adoption. This “push” and “pull” dynamic would encourage cross-sectoral energy efficiency implementation through a three-pronged strategy of educational campaigns: governmental regulations that mandate energy efficiency standards in the industrial, commercial and residential sectors, and promulgation of fiscal incentives to forge consumer demand for energy efficient technologies. Likewise, a reassessment of domestic power and natural gas tariffs could be considered a soft policy option to compound the gains of a comprehensive demand side management strategy by MENA policymakers.

Even a moderately aggressive energy efficiency program could reduce overall energy demand in the region by 25% until 2030. A focused effort could even lead to a 50% cut by 2030. Untapped energy efficiency is the single most effective as well as the least expensive step that energy policymakers could take to combat increasing energy consumption and carbon emissions. These efforts, when successful, would have the benefit of liberating resources, which were previously domestically consumed, for export as well as lower carbon emissions.

Some of the policy responses implemented in the MENA region to meet rising energy consumption have created their own externalities as well. In the face of natural gas shortfalls, various MENA countries have opted to produce/supply energy sources which either have a high opportunity cost, a deleterious environmental impact (such as results from burning crude), or are not competitive with natural gas on a per unit cost basis, such as nuclear energy and certain renewable energy sources. Alternative energy sources not only should, but will have a critical role to play in the future MENA energy mix. But even with the forgoing as a given, any alternative energy development must be justifiable from a cost-benefit analysis prior to wide scale deployment.

The production and utilization cost of solar energy, such as photovoltaic panels, will be dramatically lower in the mid to long term. Yet, for that to become a reality, firms will have to adapt their technologies to the harsh desert environment where there is significant dust, sand storms and extreme temperatures. Natural gas, when assessed on a per unit cost basis through either Liquefied Natural Gas (LNG) import or development of domestic reserves, is still the most efficacious policy choice to undergird MENA industrialization.

Nonetheless, while it is apparent that the MENA region has significant non-associated unconventional natural gas reserves, the regional gas deficits are due much more to the lack of an enabling environment that promotes investment and host state-IOC cooperation, than to any regional resource scarcity. The region will require incremental supply, for the most part, from these new non-associated fields. The transition towards non-associated gas creates new challenges, in particular, creating an enabling fiscal, legal and regulatory environment that could stimulate production to the levels needed to sustain MENA industrial expansion.

Until now, three MENA countries have taken proactive steps in promoting non-associated unconventional natural gas by revising certain aspects of their regulatory environment. Algeria has substantively revised its fiscal and tax regime to promote shale gas production, while Oman has increased the price of domestic natural gas inputs to reach parity with the production cost of its tight gas reserves. The UAE has significantly progressed in its quest to develop its sour gas reserves and has implemented attractive investment packages on a field-by-field basis (such as the Shah gas field). The actions that these MENA countries undertook should be instructive to their energy-rich neighbors of the economic and social benefits that can accrue to countries, which develop proactive non-associated natural gas policies.

Therefore, to properly address the natural gas deficits and produce indigenous MENA gas reserves, MENA host-states should form robust relationships with IOCs to leverage the latter’s access to the global capital markets, management expertise and technical/ technological expertise. This may be best done through the creation of attractive investment and contractual terms that meet the needs of all stakeholders. In this case, there can not only be alignment, but convergence of the interests between IOCs and the MENA host-state.

Additionally, while many energy-rich MENA countries are experiencing natural gas shortages, they should reexamine current energy mix policies. For each country the domestic energy mix will by necessity be different, but be that as it may, LNG import from the global market is a viable strategy to seal existing and emergent supply gaps. LNG import options can also be tailor-made for country specific requirements, the necessary quantity may be increased rapidly, and it can fit seasonal demand patterns (such as summer peak demand). LNG is extremely fungible; the technology is being developed whereby even countries without a comprehensive domestic pipeline network may transport LNG by trucks along the domestic road system. And, lastly, due to the enormous amount of LNG expected to enter the market by 2020, the price is, and will, continue to be extremely competitive.

MENA countries without LNG import facilities should create fast track development of the required infrastructure. For instance, one major benefit of the development of floating regasification terminals is that they have the potential to substantially reduce construction time as well as capital costs for LNG import. The utilization of regasification tankers as floating terminals would necessitate less than half the capital costs of constructing a fixed onshore terminal and could be set up within a year’s time.

The future of the MENA region is bright; the region has the human and natural resources that are the envy of the world. But to preserve these comparative advantages the MENA countries must implement proactive and creative policies to address inefficiencies while they are still in their infancy.