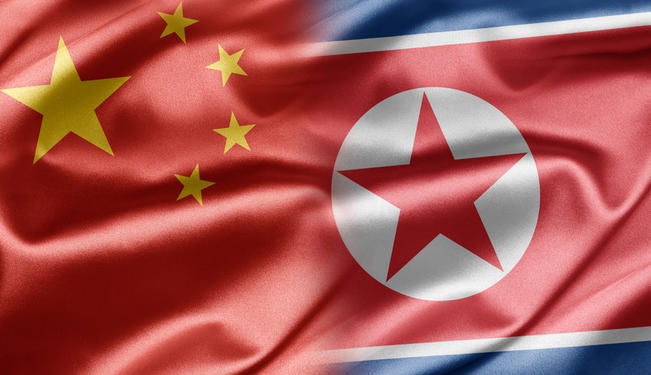 China's "buffer diplomacy" plan at the heart of its bilateral relations with North Korea shows signs of new thinking.

In the days and weeks since the North Korea nuclear crisis began, there has been a scramble of analyses over what happened and what will happen next. The tenor of this analysis was incorporated in a Timothy Beardon commentary for the Financial Times under the headline, “Chinese Support for North Korea is Quite Rational.” The piece argued that China would continue to support North Korea no matter what. It further argued that China did not want a united Korea allied to the US and the possibility of an influx of refugees if the North Korean government collapsed, and that China needed its communist neighbour to be a strategic buffer in the region.

As new questions arise, however, this line of reasoning appears to be outdated and not in tune with the changing dynamics of power in the Asia Pacific. Since the end of WWII, China's communist government has had great relations with the Kim dynasty beginning with the patriarch Kim II-Sung, the first ruler of North Korea and whose leadership style mirrored that of China’s Mao Zedong. Even to this day, the state propaganda exercised inside Pyongyang is eerily reminiscent of Mao's personality cult prevalent in the late 60s. However, after Deng Xiaoping’s came to power in the late 1970s, China began to usher in great changes even as it successfully adapted its communist doctrine  into a market economy.

China's economic rise followed on the heels of Asia’s famous “four little dragons” — Hong Kong, Taiwan, South Korea and Singapore. The fact that three of the four spoke a form of Chinese was not lost on the economic pundits and political reformers alike, who predicted that those small economies would play a crucial role in China's eventual rise as an economic power house. Not far away, Vietnam, another communist bastion, too changed its tack to follow China's strategy of reforms by adapting to a market driven economy. On the other hand, North Korea, with its ever tightening iron-fist over the country, refused to transform itself; a direction that was strikingly similar to the trajectory communist Cuba was taking. Yet, up until now, China has continued to give diplomatic support and financial aid to North Korea following the principles of "buffer diplomacy."

After Kim II-Sung died, his son Kim Jong-il continued his father's repressive rule and embarked on developing nuclear and missile technology, even as the United States and its Western allies were channeling most of their political and diplomatic capital on trying to keep countries like Iran and Iraq from developing indigenous nuclear capabilities. North Korea has since used its leverage to extract food aid and cash from the West. All along China nudged North Korea into moving into a market economy, just like Vietnam. But Beijing’s initiatives were rebuffed by Kim Jong-il who wanted a status quo.

That fact that China had signaled for North Korea to move forward is important. It debunks the belief that it has been satisfied with the stagnant position between the countries. According to Dan Blumenthal, director of Asian Studies in the American Enterprise Institute, the Chinese funneled money into North Korea through its banks in China and other small Chinese banks. The money came primarily from China's purchase of raw materials from North Korea and through Chinese banks. The money was then laundered into Macao and then abroad. Blumenthal estimates that the Kim family accumulated billions outside of North Korea via this route. It is telling that a North Korean bank in China was quietly closed down recently, even as tensions soared on the Korean peninsula.

The hardline stance from Kim Jong-un was a surprise to many in the international circles. The media seemed to be enjoying a honeymoon period with the 29-year-old leader, who at first had appeared to be more amicable than his glum looking father. Journalists also hyped up the invitation to the US basketball player, Dennis Rodman, but that move betrayed Kim's real intention behind the threats Pyongyang made towards South Korea, Japan and the United States. A new leader is always hungry for recognition. By using a tough stance against the United States and its allies in the Pacific, Kim Jong-un was able to create the image he desired – that he was tougher than his father. He was so convincing that the United States was forced to brief China on what would happen if North Korea were to launch attacks on its allies and their national interests. The realization that China could be dragged into a war by its treaty with North Korea greatly alarmed the leaders in Beijing. Unsurprisingly, China acted promptly and had stern warnings for its communist ally, while also playing a behind-the-scenes role to rein the North Korean leadership. Zbigniew Brezezinski, a commentator and former National Security Adviser to former US President Jimmy Carter, hailed this as the beginning of a great cooperation between China and the United States.

So what is in store for the China-North Korea relationship? It is evident that China is reevaluating its ties with North Korea. Xi Jinping, the new Chinese president, is acutely aware of the public opinion at home and seeks its approval. He had already sent the newly elected president of South Korea, Park Geun-hye, an invitation to come to Beijing whilst giving Kim Jong-un the cold shoulder. Xi is mindful of the trade power and influence of the South Korean media in his country. One such example of the media’s growing influence became apparent when Kim Jong-un was referred to as “Fat Kim No. 3” by the Chinese bloggers on Weibo.

It is extremely doubtful that Chinese public opinion would support the government going to war with South Korea to honour its ties with North Korea. Of course, all of this does not mean that China is going to shift sides tomorrow and support a unified Korea. Both China and South Korea have lingering WWII issues with Japan. This relationship remains problematic, even as more pro-military rhetoric pours in from the Japanese Prime Minister Shinzo Abe in the light of rekindled territorial disputes.

The speculation therefore is that South Korea will become increasingly more important in China’s economic calculations. If Kim is content to follow China's guidance, the status quo is likely to continue awhile. Kim Jong-un, so far, has forced China to reassess its Korea policy based upon the three "Nos" — no war, no chaos, no nukes, and recently made "no nukes" its top priority. It is safe to say that China will not make any changes in the position with North Korea anytime soon. But if the situation in the Korean Peninsula changes drastically all of a sudden, China appears more than ready to rethink its support for the Pyongyang government.