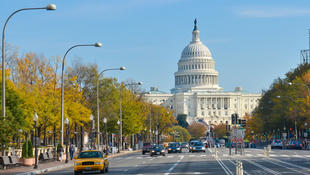 North and South Korea will one day have to move past matters of pride.

Real political change on the Korean Peninsula will occur only when mutual recognition is achieved between the north and the south. This “Achilles Heel” of the Korean quagmire is the reason why joint talks between the north and the south are so delicate, rare, and controversial. If joint talks ever went well enough to achieve mutual recognition, the quagmire would be over, and the US, Japan, China, Russia, and the UN and NATO would have no legal basis to oppose it or intervene in the situation anymore. It is, after all, their Korean peninsula, and if they achieved mutual recognition, international actors would have to respect it. This year’s annual period of brinksmanship and engagement on the Korean peninsula quickly came and went like a spectator sport for most people. In reality, however, the Korean Peninsula remains in a state of perpetual conflict with no end in sight.

North Korea seemingly had a total change of heart this month, going from the warpath to peace talks in the blink of an eye; leading most pundits to believe that sanctions and pressure worked, and that the Democratic People’s Republic of Korea (DPRK) needed to soften its stance in order to survive. This is not the case, this time.

My Trips to North Korea

Having been in and out of the entire DPRK numerous times over the past three months, I have noticed changes in its social discourse; but no noticeable negative changes in terms of any decline in the country’s living conditions. Many North Koreans have been without hot water or electricity since 2006 and they have adapted to it. Domestic regulations are being relaxed about personal production, going to and selling goods at markets, and there is a rising entrepreneurial class in the DPRK. People throughout the country have seemingly been living their lives a bit more fully than ever, and are even enjoying their lives more than I have ever witnessed there.

Throughout the country I have seen people smiling and having fun during and after work. Despite the geo-political tensions, people still nonchalantly went about their normal routines because they are used to this annual phenomenon. The North Korean people comfortably trust in their government’s ability to ensure their survival because their government constantly displays its capability to protect and provide for them, even when the outside world is posturing to destroy the DPRK. The North Korean people have full faith that their military can “hold the lines” against the outside world because they have witnessed the Kim regime successfully demonstrate its ability throughout the years during annual periods of brinksmanship. The DPRK’s government benefits from international war posturing because it proves the necessity of the regime’s way of functioning to its people, and in turn its people become more loyal to it. If the international community forgot about North Korea, the Kim regime would be more likely to collapse.

Despite what most pundits believe, the DPRK will not bow to whatever China, South Korea, or the United States demands of it. The DPRK’s objective for participation in such meetings does not go far beyond gathering information on how to adapt its “self-sufficiency strategy” for survival. It has learned from its painful past to never trust in, rely on, or concede to outside actors. Pundits who believe China has influence over the DPRK’s behavior have obviously not paid attention to the historical development of Chinese-North Korean relations. China has no more political power in the DPRK than it does in the US. Recent actions by the US and UN have only resulted in a confirmation of the mainstream domestic rhetoric in North Korea, which is that the DPRK government is really the only actor that cares about its people, and for that, the people remain loyal to the regime. The reinforcement of the DPRK regime is the only influence on North Korean behavior that will result from joint meetings held by international “key state actors.”

The change in North Korean posturing seems to have come from a new type of North Korean nationalism, as much as it reflects the end of the war games along the country’s perimeter. It is now seen as quite patriotic to honor the dying wish of the eternal leader Kim Il Sung, which is his “Ten Point Plan for Unification.” For example, in several places throughout the DPRK, I have observed people watching the 2010 Philharmonic DVD, on a constant loop entwined with Moronbong Band performances. Inquiring about this “foreign performance,” I was told that Kim Jung Un desires to realize his grandfather’s wish of achieving peace and unification by placing some emphasis on “cultural diplomacy” efforts. In the final years of his life, his father Kim Jung Il also tried to honor Kim Il Sung’s wish in a similar way when he allowed the Philharmonic to perform in Pyongyang in 2010.

Public rhetoric on the Korean Peninsula works both ways, and is always targeted at appeasing some sect of the masses. Often times, the public rhetoric exchanged between North and South Korea is both sweet and spicy, which is exactly the combo that is so inherent in Korean society. They like spicy meals to be chased with some shik-hae (sweet rice drink), ddok (sweetened rice cake), or ice cream. They build jung (bonding) through the combination of genuine sincerity and displays of intestinal fortitude (hence the slogan “fighting!”). Appeasing the masses on both sides of the De-Militarized Zone (DMZ) through sweet and spicy public rhetoric, is a strategy for maintaining domestic stability, and should not be mistaken for actual policy.

There are people in the leadership ranks on both sides of the DMZ, who are interested in maintaining the perpetual status quo. Whether on purpose or an accident, a certain level of immaturity and irrationality seems to enter inter-Korean relations, so that neither side face losses in the eyes of its public. This type of posturing achieves no end results beyond satisfying pride, and thus the stalemate continues. North Koreans are very politically savvy people, and the DPRK government will not cede its “go-it-alone” style of survival while it simultaneously crafts a careful strategy to improve the quality of life in the country. Until the end of the 1990s, diplomatic engagement between North and South Korea was always designed to be corrosive. Now, it seems the DPRK regime wants more than some simple concessions.

The DPRK is sincere about achieving mutual recognition with its estranged kin in the south, which can be seen in the types of concessions it desires. Prior to Kim Jung Un’s succession, most periods of engagement between the two sides were designed to fail in order to maintain the status quo. Cooperation and joint humanitarian projects all had a shelf life, so as to not allow concrete and enduring relationships from forming between North and South Korea. Now, the DPRK’s government wants sustainable projects that last, and it wants an enduring relationship with the south. The DPRK kicked the workers out of Kaesong, for example, to show financial independence from the south, as well as to show its sincerity in meaningful relations during a period of brinksmanship. That move demonstrated sincerity because it showed that they, the North Koreans, were hurt by the south’s willingness to allow war-games during national holidays in the DPRK. If the north was actually desperate and seeking minor concessions, it would have allowed the workers to stay. What the DPRK’s government wants is a sign of respect and sincerity focused on improving relations with the south.

Pundits around the world have been criticizing North Korea for not picking up the phone when the south called them; a move that derailed joint talks as soon as hopes for them rose. This move has confused and irritated experts, and has only solidified the standard Western narrative that North Korea is totally irrational. In fact, there is an explanation for this, and it has to do with satisfying that sweet and spicy component of Korean culture. Ministers in South Korea have claimed that they’ve made “infinite concessions to the north,” and that the north needs to consider the south’s national pride. The north cannot understand this claim because the south hasn't made any concessions, not even a sign of respect, and it wonders why the south can't show it a basic sign of respect. Thus, the spiral of negative relations continues.

The DPRK sent a representative of its choosing to have a talk on that famous red phone.  For whatever reason, Kim Jung Un chose Kim Yong-Gon as North Korea’s representative to communicate to Rhu Gil-Jae of South Korea. South Korean pride was hurt over this move, because Kim Yong-Gon was not viewed as “high-level” enough. Sending the “wrong person” to talk, in the south’s view, was a sign of disrespect and provocation. The talks fell apart as quickly as they started because of this conflict over pride, and a golden opportunity disappeared.

This lost opportunity, however, does not change the fact that the socio-political system in North Korea is stable, and will remain stable, and no amount of sanctions or isolation can cause it to collapse. The north and the south will someday, over the course of Kim Jung Un’s lifetime, have to move past matters of pride. If Koreans are serious about stability and peace on their peninsula, they will have to swallow a little bit of pride and give each other some recognition and respect, no matter who is appointed to talk on that red phone.

*[Note: This article was originally published by 361 Security, and the views expressed should not be construed as the official position of the organization.]

North Korea: "The Marshall" is a Game Changer
Is it Time to Defy Washington's Logic on North Korea?