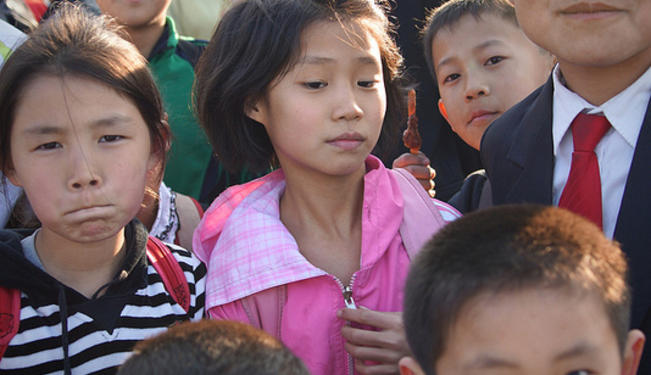 The international community should normalize relations with North Korea to raise mutual cultural understanding and trust between North Koreans and the outside world.

Analyzing North Korea and its place in the international system strikes a personal chord. For me, it is frustrating that so many international actors, state and non-state, are seemingly in a state of perpetual war. The process of understanding North Korea’s society, and its conflict with the outside world, has been ongoing for a third of my life.

I joined the military in 1997 and spent all ten years of my military career overseas. The majority of my career in the military was spent on or near the de-militarized zone (DMZ) between North and South Korea. During that time period I had the fortune to share many cultural experiences with Koreans, providing me with a wealth of empirical knowledge of the actual, daily lives of people on both sides of the DMZ. I’ve also been to North Korea once, at Kaesong, and I have worked extensively with South Korean NGOs which are helping North Korean defectors and have interviewed dozens of them.

As a result of my living experience and later academic training both on the Korean Peninsula and in the United States, my analysis of events on the Peninsula is always careful to be respectful of North and South Koreans as human beings. Specifically applied to North Koreans, my analytical argument stresses that the North Korean people need to be understood as best as possible from the perspective of “their” worldview. In my view, too much analysis focusing on North Korea simplifies the conflict over North Korea’s role in the international system as simply that of a disobedient “dog” refusing to lie down to the dictates of its “master”, meaning the entire global community.

Too much of the international community’s narrative on North Korea is combative. It is time that the international community, led by the United States, engaged with North Korea’s government to normalize bi-lateral relations.  A policy of engagement with North Korea will begin the long process of building trust between North Koreans and much of the rest of the world. Building trust with North Koreans will necessitate an honest understanding of their culture, society, and identity, a task that will not be east, but is extremely important ensure that sustained peace and social, political, and economic development occurs for all people on the Korean Peninsula.

North Korea’s government is a rational actor that acts like a weak state struggling for its survival. Its actions are to be expected as it views itself as being surrounded by enemies with power to destroy it. I believe that the following actions need to be taken towards North Korea by the international community, led by the United States: recognizing North Korea as a rational actor with state sovereignty; acknowledging North Korea as a nuclear state; and normalizing relations with the North Korean government in the interest of beginning to interact with the North Korean people directly.

Lastly, during the normalization process, I would strongly recommend dealing with each issue of concern for the international community separately. Issues such as nuclear weapons, human rights abuses, and other issues should be dealt with separately. No single issue should prevent progress towards a peace treaty between North and South Korea and the unification of the Korean Peninsula.

The author would like to acknowledge and thank Nicholas A. Heras for his attention in commenting on and editing this article.