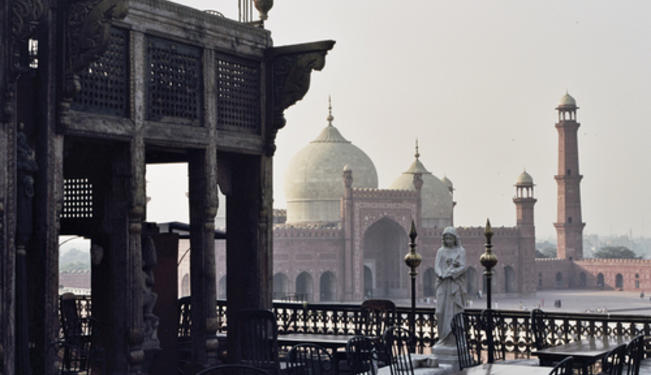 Over the past few years, minorities have faced increasing discrimination and even persecution in Pakistan.

Pakistan is deeply divided. Since its creation in 1947, power has been concentrated in the hands of feudal and military elites from Punjab. In the past few decades, prejudice predicated on caste, tribe and religion has further escalated. This is an attempt to decipher what lies behind some of the hatred against Pakistan’s minority communities.

Pakistan has a very significant Shia community, about 20 million – almost 10% of the total population, which is majority Sunni.  Given the fierce rivalry between Saudi Arabia (Sunni dictatorship) and Iran (Shia dictatorship), Pakistan has become a canvas for this to play out. Various Sunni militia networks are accused of being funded by Arab petrol dollars to instigate violence against Shia communities. The Shia community in turn accuses the state of turning a blind eye and marginalising the Shia tradition in Pakistan. Certain Sunni sectarian elements, such as the Sipah-e-Sahaba, wish to see the Shia formally declared a ‘minority community’ in Pakistan, like other sects in Pakistan, thus opening up the path to state-based discrimination.

This persecution is also a side effect of what many see as Pakistan’s greatest achievement: becoming the world’s only Muslim nuclear power. The Saudis gave sponsorship to assist the nuclear programme and this came with a sectarian agenda that previously had not significantly existed in Pakistan. Indeed the founding father of Pakistan, Mohammed Ali Jinnah was himself a Shia. It was also Sunni militias the West invested in to defeat the Soviet Union in Afghanistan. Something Hilary Clinton has said had unforeseen consequences in this interview.

Perhaps the most persecuted of all Pakistan’s minorities for their interpretation of Islam’s founding which is considered controversial by mainstream Muslim schools. Frequently human rights activists here draw comparison with the Jewish communities in Germany during the ascendancy of Hitler.  It is hard to believe in the 21st century, state legislation deeming them as an outcaste heretic community exists, but it does.  This article by respected recently deceased Pakistani journalist Murtaza Razvi gives more detail.

Balochistan’s the most isolated, least populated, extraordinarily resource-rich region of Pakistan with gas, coal, copper, and other large mineral reserves. It’s been ruthlessly exploited by Pakistan’s elites. Balochistan has benefited little. There is an insurgency for autonomy followed by brutal repression by the state. The Hazaras, long inhabitants of the region, face persecution as a predominantly Shia community, and a distinct ethnic community descended from Mongolia – a minority within Balochistan linked tribally to the northern alliance in Afghanistan, the Taliban’s great rivals.

Some of the poorest people in the Punjab and Sindh provinces. (There is a significant middle class especially in more secure positions in Karachi.) Most are exploited as low-paid menial workers and often treated as untouchables. The same networks targeting the Shias are involved in persecuting Christians. A case in point is the well-publicised blasphemy cases of Asifa Bibi, where Salman Taseer, Governor of the Punjab was murdered for bravely speaking out.  Shahbaz Bhatti, Pakistan’s then-only Christian minister, was also murdered for condemning the blasphemy laws. The recent case of Rimsha Masih has given cause for hope. Many across Pakistani society thought a new low had been reached in accusing a young girl with learning difficulties of blasphemy. Orthodox elements that previously turned a blind eye to hatred against minorities condemned the accuser, who – it was alleged – was involved in a plot to land-grab the area where the Christian community was living in slum conditions.  Rimsha has now been released. Land is ofteninvolved in blasphemy cases.

A similar position to the Christians with the added legacy of partition. For decades the Pakistani state has demonised Hindus with a ‘foundation of the nation’ narrative – as the ‘other’, the eternal enemy.  Whilst sectarian elements in India do the same to Muslims, this has been practised on a much wider scale in Pakistan.  The majority of the Hindu community, like the Christians, are the poorest and the most marginalised. There is also now a moral minefield of actively converting some young Hindu girls to Islam.  At times it is coerced, and occasionally it is out of choice, with great orchestrated encouragement by Muslim missionaries. Often, the conversions are an escape from a life of marginalisation.

Whilst not a minority, they are the largest victims of violence in Pakistani society.  The case of Malala Yousufzai showed the weakness of sectarian elements: a girl who reads books. The outrage across Pakistani society to her shooting is extraordinary and has potential to start a change in education rights for women.

Meeting students from middle and working class backgrounds in universities in Karachi and Lahore, it’s clear how difficult life is in Pakistan for all young people. Yet they have great hope for the future and a determination to change society.  People of all backgrounds live in a climate of violence and crime. Amongst these articulate young people, one issue dominates the discussions: the lack of safety, and the lack of opportunity – unless you’re born into an established family.

Despite this, there is an optimism amongst people here that they can change things.

Three recent developments if allowed to continue offer perhaps the best routes out of the many troubles here. This current government, despite failures and ineptitude, is close to serving a full term leading to new elections and the first democratic transfer of power in Pakistan, uninterrupted by a military coup. The much heralded eighteenth amendment act recently passed by Pakistan’s parliament allows a serious attempt at sharing resources, political accountability and decentralisation away from the Punjabi elite’s domination of the country.

A peace process with India that allows normalisation of relations and the cold war to end, and trade and resource sharing to grow would be a great way forward.  Pakistan has a future but it depends on social and economic development and access to markets—not conflicts that could tear the country apart.