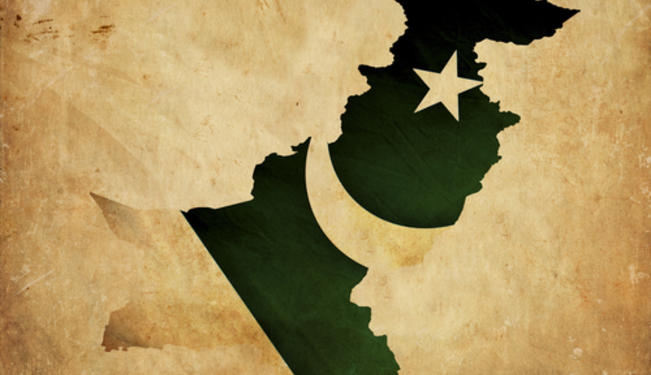 Neo-orientalist narratives representing Pakistan through the paradigm of security and geo-strategy neglect the struggles of the people on the ground. This is the first of a three part series.

Just before his untimely death and in the aftermath of the US raid in Pakistan that resulted in Osama bin Laden's killing, renowned intellectual Christopher Hitchens described Pakistan as a country “completely humorless, paranoid, insecure, eager to take offense, and suffering from self-righteousness, self-pity, and self-hatred.” Referring to abuses of women’s rights, Hitchens declared Pakistan a society where 'the most elemental of human instincts become warped.' He then went on to list the litany of American objections against the Pakistani ruling classes' efforts in the so called War on Terror (WoT) and finished with the following call to arms for the world's only superpower: “How could it be “worse” if we listened to the brave Afghans, like their former intelligence chief Amrullah Saleh, who have been telling us for years that we are fighting the war in the wrong country?”

Hitchens' expose on Pakistan is not a one-off piece of writing by a pro-war author nor is his use of terms such 'us' and 'we' an isolated occurrence. It is a perpetuation of certain binaries: the ‘Orient’ versus the ‘Occident,’ the West versus the ‘Other.’ Characterising Pakistan as one of the 'vilest and most dangerous countries of the world,' the use of 'us' and 'we' feeds into what Edward Said called the 'principal dogmas of Orientalism.' It is a process of defining the Orient in opposition to the 'rational, developed, humane [and] superior' West while at the same time defining the 'West' itself. In a particularly prescient chapter titled 'Culture Talk' from his book 'Good Muslim, Bad Muslim', Mahmood Mamdani traces how the idea of the 'West' has evolved in combination with, and as a result of, European imperialism. Mamdani explains that the 'West' has been framed in opposition to the 'Other' (in this case, colonised natives) and it has morphed from a geographical entity into a 'racialised,' cultural notion referring to people of European origin anywhere in the world. This particular aspect of identity formation, in opposition to the colonised native, is also described by Jean Paul Sartre in his preface to Frantz Fanon's powerful exposition of colonial violence and revolutionary warfare titled 'The Wretched of the Earth.’ In his account of colonial oppression and resistance in Algeria, Sartre says 'High minded people, liberal or just soft hearted… were either mistaken or dishonest, for with us there is nothing more consistent than a racist humanism since the European has only been able to become a man through creating slaves and monsters.’

What is particularly striking in all the above texts, and often gets overlooked in popular representations of Muslim countries, is how in both the case of the 'West' and the 'Orient,' the formation of identities are deeply tied to political processes of power and domination. Certainly, such representations legitimize formal neoimperialism. Additionally, they make the popular narrative blind to actual processes of change and resistance ongoing in parts of the world characterised exclusively in terms of 'Islam' and 'Muslim.'

Such tropes of knowledge have come to be particularly prevalent in the popular discourse on Pakistan. So, for example, in the aftermath of the devastating floods in Pakistan in 2010, there was much wrangling over the question of giving aid to the country. The Daily Beast published an article titled 'How the Pakistani Floods Help the Taliban'and the New York Times ran a story 'Hard-Line Islam Fills Void in Pakistan.'The narrative was stuck on the fact that aid must be provided to the flood victims not because they were human beings whose homes and livelihoods had been destroyed, but so that they do not fall prey to the network of charities run by Islamist extremist groups. The implication is clear: we should help the suffering people because otherwise they might become a nuisance for us.

Similar binaries are also seen in operation when reporting on other aspects of Pakistan. An August 2012 article byReutersdetails the underground culture of 'partying' in Pakistan where an atmosphere similar to a 'Saturday night at a club in New York, London or Paris' exists. Juxtaposed on this 'modern' context, the article then goes on immediately to talk about 'creeping Islamic conservatism' in the country and how 'lonely liberals' are cowering for cover under the onslaught of Islamist extremism. No mention is made to the contribution of capitalist imperialism in the creation and sustenance of such extremist groups. The article alludes to the changes forced upon Pakistani society by the dictatorship of General Zia-ul-Haq in the 1980s. But then, the article suffers from what Mamdani terms a 'collective amnesia' when it fails to account for the role that hegemonic powers play in fostering forces in the name of Islamic jihad' against communism. While the role of capitalist powers in the rise of Islamist extremism has been well documented by scholars such as Tariq Ali and Timothy Mitchell, the Reuters article falls into the trap of perpetuating binaries such as Islamic/secular and liberal/conservative. Moreover, the phenomenon of Islamist violence and extremism takes on a cultural identity of its own, coming to define all Pakistanis in opposition to the (so-called) 'Westernised', 'secular' elite, and thus stripping the wider context of its genesis in late colonialism and the Cold War.

Neo-Orientalist epistemologies of knowledge are even more apparent in representations of Pakistan's border areas with Afghanistan. These areas, the site of drone attacks by the US military to target 'extremists,' are constantly characterised in popular discourse as 'lawless,' 'barren' landscapes where terrorists roam about freely. In an echo of Edward Said's 'exotic' and 'sensuous' Orient, the tribal 'badlands' of Pakistan/Afghanistan are not seen as areas where actual living people reside, but areas to be 'tamed' and 'purged' off terrorists through (in this case) remote-controlled, imperial bombardment. Mamdani's 'collective amnesia' is all the more apparent here, as little mention is made of the fact that it was the imperial war of the 1980s (with more than $3.9 billion of funding from the Reagan administration) that turned the Afghan-Pakistan border areas into the safe haven for militants that they are today. These areas, their people, and their conditions are stripped of their history and context. It is as if history came into being on September 11th, 2001.

In all of the focus on security, terrorism and geo-strategy, what gets lost are the people of these regions — the people who are shaping history in different parts of Pakistan every day, offering resistance to the hegemonic machinations of the neoliberal state in an effort to, as Fanon would put it, say 'no to the butchery of what is most human in man: freedom.’ It is only through writing a history of the subaltern and a conscious move away from top-down accounts of change that we can even begin to understand the various struggles of contestation and emancipation that are ongoing in Pakistan.

*[A version of this article was published in Viewpoint Online.]