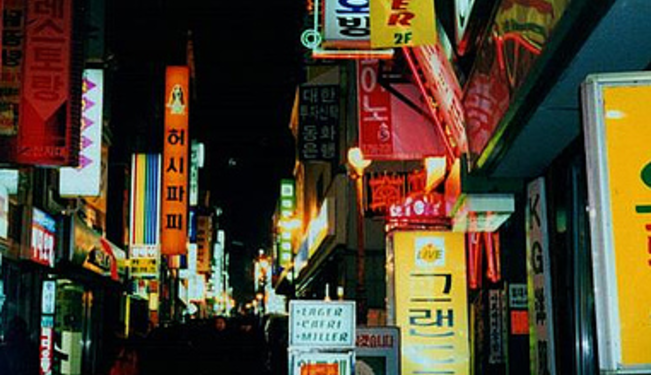 Korea became a democracy after a a long spell of dictatorship and the current elections have implications for the presidential elections in December.

A small country on the north-eastern edge of Asia, South Korea is a young nation state. While some form of a distinct Korean kingdom or kingdoms has existed since the 7th century AD, Korea has suffered the classic curse of a small country living in the shadow of giants. After gaining independence from the Japanese, there was a civil war between the communists and nationalists. They were backed mainly by the Chinese and the Americans respectively. An armistice was agreed in 1953 splitting the Korean peninsula along around the 38th parallel and leading to the creation of North and South Korea.

Like many newly independent countries in Asia, Middle East, and Africa, South Korea was ruled by military strongmen till 1987. Whilst South Korea saw rapid export led growth, this was often accompanied by severe political repression. Wikipedia lists six republics in its history of South Korea page but it is important to remember that it is the sixth republic that really counts as democratic in the modern sense of the word. The road to democracy was rocky. Many protests occurred over many decades. The Gwangju Massacre of 1980 was perhaps a turning point because the military regime of Major General Chun Doo-hwan lost legitimacy because it sent troops to ruthlessly quell the uprising by protesting students of Chonnam National University. In January 1987, when a protesting Seoul National University student died under police interrogation, South Korea exploded in protests. More than a million citizens marched all over the country and the government gave in. In October 1987 a new revised Constitution was approved in a referendum, which decreed that the President would henceforth be elected. The sixth republic established in 1987 continues to this day.

Why is the election relevant?

The elections saw the Saenuri Party renew its majority although it with a diminished majority. These elections are regarded as a bellwether for the more important presidential election to be held on 19 December 2012. Saenuri is led by Park Geun-hye, the daughter of Park Chung-hee who ruled South Korea from 1961 until his assassination in 1979. He was a divisive figure for South Korea, a bit like General Pinochet for Chile. Credited by many for industrialization and rapid economic growth of South Korea through export-oriented industrialization, he is reviled by others for his authoritarian rule that led to destruction of constitutional freedoms and persecution of opponents. President Lee Myung-bak is from Saenuri, the conservative party of South Korea, and has been accused of being authoritarian like Park Chung-hee.

The main progressive opposition, the Democratic United Party (DUP), was seen as more likely to win. Job security and inadequate welfare are worrying voters. The government has been tainted by grubby and yet Saenuri won. People now question South Korea’s high-pressure, high growth model pushed through by Park Chung-hee. Ms. Park on the other hand outmaneuvered the DUP by promising greater welfare provision and less emphasis on economic growth alone. It appears that she wants to be first president of the post-bballi-bballi (hurry-hurry) era and this election might have bolstered her chances to achieve her ambition.

Yet, more significant than the Saenuri victory was the apathy among the voters. Barely 54.3% turned up to vote despite the North Korean developments like a new Kim, impending satellite launch and even rumors of a nuclear test. The young were particularly apathetic and few bothered to vote. That is a worrying sign.