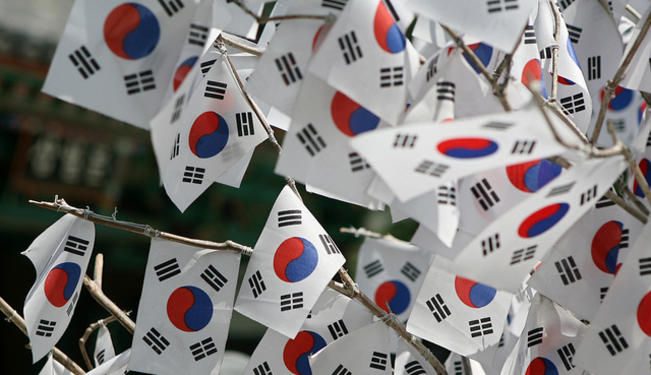 South Korea is facing a presidential election on 19 December. Its outcome promises to be critical for the future trajectory of South-North relations in the coming years. Yet, surprisingly little is being discussed,analyzed, or even known in the public realm about policy orientation and the proposals of the leading candidates. This neglect is unwarranted, especially given the growing influence that South Korea wields on North Korea’s international behavior. Two observations emerge from the speeches and writings of the candidates and their advisors. First, a remarkable convergence exists between Park Geun-hye and Moon Jae-in, the two leading presidential candidates on North Korea policy. Second, they still fundamentally differ on what appears to be the most contentious issue: how to approach North Korea’s nuclear program.

As Ahn Cheol-soo, an influential independent candidate, withdrew his candidacy on 24 November , the election is now a contest between Park Geun-hye, a candidate from the conservative ruling party (Saenuri), and Moon-Jae in, an opposition candidate from the progressive Democratic United Party. Political uncertainty surrounding the relationship between Moon and Ahn has dominated the election coverage, but it is not the only reason why active discussion of the candidates’ North Korea policy ideas has been missing. Significantly, we no longer see the sharp disagreement that used to divide Korean presidential candidates. This shift has diminished the issue salience and visibility of North Korea.

The convergence of views and proposed policies are evident in a number of areas. Above all, both candidates agree that South-North relations have significantly deteriorated during the Lee Myung-bak administration. They also share the belief that the outgoing administration’s sustained freeze of assistance and economic linkages has been counterproductive. Rather than continuing Lee’s overly confrontational stance, the consensus of the new candidates is that stability and peace should be pursued through the resumption of talks and perhaps holding a summit, as well as the provision of humanitarian aid and economic assistance.

The level of overlap between the two presidential candidates appears to be unprecedentedly high. Indeed, some analysts use the term ‘substantial agreement, minor difference’ (dae dong so yi) to describe the two candidates’ North Korea policies. Recently, Choi Dae-suk, a professor at Ewha University and a long-time advisor to Park, estimated that 80-90% of Park’s North Korea policy appears similar to Moon’s proposed policies.

However, it would be misleading to conclude that the differences are “minor”. In fact, a closer look reveals fundamental and consequential differences between the two candidates.

Park Geun-hye coins the term “trustpolitik” as a guiding principle for her North Korea policy. The term is based on initiating a “trust-building process” where reciprocation of concessions and engagement is expected to accumulate trust between the two Koreas, moving toward peace and stability. In a recent speech, Park showed willingness to initiate the trust-building process by asserting that “certain promises that had been made [by the South] must be honored”. Reiterating the commitment, Professor Choi stated that there would be no set preconditions for resumption of humanitarian aid and economic cooperation, as well as the continuation of the Kaesung Complex. This is arguably a remarkable departure from Lee’s approach which had firmly maintained that comprehensive denuclearization must precede the fulfillment of engagement promises made by previous governments of South Korea.

However, differences between the views of President Lee and Madam Park are a matter of degree, not principles. Park and her advisors have repeatedly made it clear that denuclearization and South-North relations are ultimately inseparable. More specifically, a credible commitment by the North to dismantle their nuclear program is a prerequisite for a more comprehensive package of assistance and investment from the South. As Park remarked, “North [Korea] has staged many provocations and violated many promises. We cannot unilaterally trust them.” In short, the extent to which Park is willing to allow economic cooperation appears to be contingent upon and proportional to the denuclearization steps that North would undertake.

Unfortunately, “trustpolitik” is not without loopholes. Quite crucially, Park lacks explanation as to why the controlled and conditional engagement she promises to deliver may be sufficient to initiate the “trust-building process”. North Korea’s nuclear program is simply too valuable to terminate; it is an irreplaceable bargaining chip, acts as a strong military deterrence, and offers huge domestic propaganda value. Long and fruitless negotiations with the North in the past decades only confirm this. The reality is probably that in order for North Korea to even contemplate denuclearization, Park would need to display a lot more “trust” than she is currently proposing to show. If she does not, North Korea might refuse to reciprocate, and Park will be under increasing pressure to halt her engagement policy. In that scenario, we would end up back in a stalemate.

Even if  North Korea somehow agrees to take steps toward denuclearization, policy challenges would remain. Assume North Korea publicly announces a plan to terminate its nuclear program. How much trust would North gain in such a case? How much aid and investment should be reciprocated? Ultimately, how would Park and policy-makers measure the “proportionality”of trust? These are questions that are inherently difficult to answer. Yet, without having thought through them,  “trustpolitik” would remain more rhetoric than a practical solution.

Moon Jae-in served as Roh Moo-hyun’s chief of staff in the Blue House, while most of his foreign policy advisors consist of proponents and disciples of the sunshine policy. Naturally, the crux of Moon’s North Korea policy is to separate the nuclear question from economic engagement, much as the sunshine policy did. Moon prioritzed the latter as manifested in his ambitious proposal to set up a "South-North Economic Union". For that end, Moon intends to embark on a full-scale engagement to revitalize the trade and investment linkages that have been severely depressed during Lee’s administration. On the other hand, nuclear issues would be handled separately, and would not be allowed to interfere with the progress on the economic front. The implicit assumption here is that strengthening economic ties would set off a virtuous circle in South-North relation, which would eventually spill-over into more sensitive areas including the de-escalation of military tension and, of course, denuclearization.

Unlike Park, Moon does not propose preconditions for comprehensive engagement. Although this approach would initiate and expedite the expansion of trade and investment, Moon offers few clues regarding familiar problems with this approach – how should the South maintain consistency and credibility of its benign intentions despite the US commitment to denuclearization and the South's polarized domestic politics? In the past, for instance, South Korea failed to win support for the "separation of security from economics" approach from Bush administration, severely hampering the credibility of the sunshine policy. To coordinate the different priorities of Washington and Beijing, Moon’s camp proposes to resume the Six-Party Talks and launch other multilateral negotiations. Whether these channels are sufficient, however, remains far from clear, especially with the US's unwavering commitment to non-proliferation as well as China's prioritization of regime stability in North Korea over other strategic objectives.

Domestically, another round of fierce and staunch opposition from the conservatives is almost inevitable if Moon were elected. Conservatives castigated Kim Dae-jung and Roh Moo-hyun’s sunshine policy for “flooding” North Korea with material benefits that prolonged and even empowered Kim Jong-il’s “evil” regime. One important lesson from the sunshine policy era is that economic cooperation will not have positive spillover effects on security without political tolerance for minor provocations and willingness to make concession that are unlikely to be reciprocated in the short run. Neither the international environment nor domestic politics, are likely to display such strategic patience. Moon’s plan currently lacks clear plans to deal with inevitable international and domestic challenges, for which Moon and his team would need to spend more resources on, should he win the election.

At a first glance, analysts may observe more agreements than differences between the North Korea policy proposals of Park and Moon. To some extent, this observation is true, as Park has decided to distance herself from President Lee’s confrontational stance and embrace certain engagement policies instead. However, the differences should not be taken lightly. Park argues that without credible commitment to terminate the nuclear program, full-scale engagement cannot take place. The causality runs in reverse for Moon; economic integration would be a catalyst, not a consequence of denuclearization.

The polls show that the election is likely to be a close contest. The result will have profound impacts on the course of inter-Korean relation as well as the nuclear program. However, it is difficult to judge how these impacts will unfold as neither candidate has divulged clear and detailed strategies to handle the challenges that are likely to come up. This may be acceptable during the campaign phase, given that no one seems to be paying serious attention to the policy specifics. Unfortunately, it will not be acceptable after the election.

The views expressed in this article are the authors’ own and do not necessarily reflect Fair Observer's editorial policy.