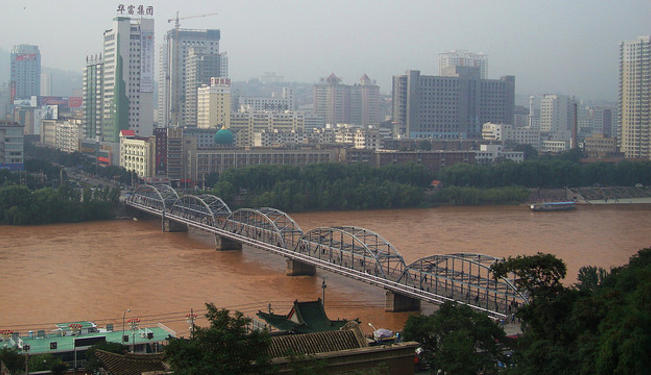 China’s leaders are facing an enormous coastal-inland income gap. Beijing will have to embrace serious reforms to unravel social tensions.

On 28 September, China finally announced that the 18th Party Congress would be held on 8 November, two days after the US general elections. The 18th Party Congress, an important event in Chinese leadership transition, is seen by many observers of Chinese politics as a turning point for China’s development trajectory. The newly installed fifth generation leaders are expected to push for reforms that will make China's pattern of development sustainable. However, there is no consensus among Chinese elites or the general public as to what kind of reforms should be implemented. People from different geographic areas and social backgrounds have different visions for China over the next eight years.

Western media tends to present Beijing and Shanghai as representative of China as a whole. In reality, inland China is much less developed than the coastal areas. Therefore, it is likely that people from these inland areas have very different thoughts on what China's future should look like, in comparison to those living in the urban centers.

My own city of origin, Lanzhou is the capital city of Gansu province, which is located in the north-west of China.  In 2011, its economy was ranked fourteen times smaller than the economy of Shanghai. Besides economy, there are other factors that made Lanzhou, and many other inland Chinese cities, quite different from metropolises such as Shanghai. These include major social factors, such as: foreign influence; quality of education; and access to information.

According to data released by the local statistics bureau, seven Foreign Direct Investment (FDI) projects were approved in Lanzhou in 2011, while 4,329 FDI projects were approved in Shanghai. In 2011, 38,000 international tourists (including tourists from Hong Kong, Macau and Taiwan) visited Lanzhou, while 8.2m international tourists visited Shanghai. The contrasting figures shown by this data illustrates how little interaction an inland city such as Lanzhou has with the outside world. (2011 Lanzhou Economic and Social Development Statistics Report; 2011 Shanghai Economic and Social Development Statistics Report). Consequently, unlike people living in main urban centers, inland population knows little about the other countries- culturally, politically or economically.  They don’t hear much critical voice of the current system from outside China. They are not understanding the problems, as well as the benefits, of the current system in China.    [1]

There is no publicly available data to show the major information sources for people living in Lanzhou. However, as a Lanzhou local who has lived in the city for more than 20 years, I will write from my own personal experiences; which I believe to be representative of the population of Lanzhou.

For the average family prefers to watch China Central Television (CCTV) news, the state-owned television broadcaster. As for newspapers, most families subscribe to local newspapers, which mainly cover local stories. Nationally circulated newspapers are also widely read, e.g. the Global Times, a highly regarded leftist newspaper, and Reference News. It publishes translations of foreign media articles that are in line with China's official positions. These media sources do reveal problems within China to some extent, however, it goes without saying that they seldom publish articles that are critical of the Chinese government.

Although I have used Lanzhou as an example, I believe it portrays an accurate representation of the majority of inland Chinese cities. There are many other factors that distinguish inland Chinese from people living in the coastal area, but I think the three factors mentioned above have the most profound implications on shaping inland population’s opinion. As there is little foreign influence, the majority of the inland population does not aspire to create a western-style democracy. Sources of information are very limited and the general level of education is relatively low. Therefore people are more concerned about problems having direct impacts on their daily lives, and are more frequently seen in the local media (e.g. pollution, product safety, housing prices, corruption etc). Due to the shallow nature of local sources of information, the majority of the inland population has no access to material that explains the roots of these problems.

Consequently inland Chinese would be satisfied to see small step reforms in areas that the public is most critical of. Given the Chinese government’s obsession with stability the next generation of Chinese leaders are very likely to carry on the gradual reforms started under Hu and Wen, such as the construction of affordable housing and the development of village democracy. These small-step reforms can serve as foundations for further reforms. However, if past experiences are any indication of the future, the Chinese government is likely to delay reforms if public discontent subsides.

The political, economic, and social landscapes are changing rapidly. The Chinese government has made western development a priority in the 12th FYP. This August, the State Council approved a suburban area of Lanzhou to be the fifth “national level development zone”, after similar zones were set up in metropolises such as Shanghai, Tianjin and Chongqing. The economic development is expected to bring in foreign influence and raise education standards. At the same time, as the credibility of state controlled media continues to decline and younger generations now rely on social media as their major information source, the people will very likely become increasingly skeptical of the Chinese government. Inland populationsmayfind small step reforms acceptable for now, but this base of people with limited access to information is shrinking at an increasing pace.

After the 18th Party Congress, the fifth generation Chinese leaders face a hard choice. They could continue withsmall step reforms, cover-up or fix problems when they arise, but halt reforms when the situations improve; or, they could take bold steps, expand reforms, and carry on the reform process until the real problems are rooted out. As tempting as the first option may sound for a government so obsessed with stability, only the latter will bring lasting stability to China.