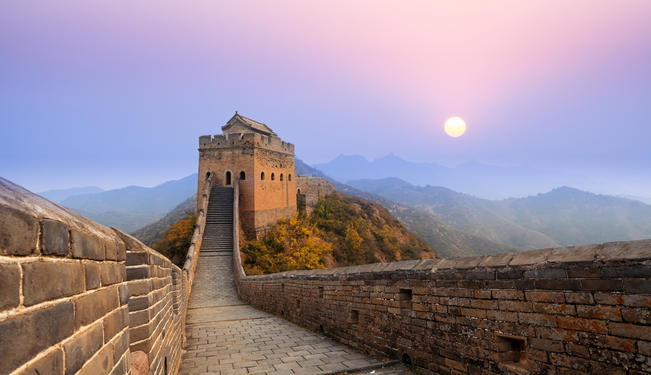 Reforms in judiciary and governance to stamp out corruption and abuse of power are long overdue in China. The question, however, is how far and how fast they would be achieved under the new Chinese leadership.

Historically speaking, China has problems with the law. The older generation does not see laws as rights but rather as rules that are thrust upon them, to be obeyed without question. Chinese proverbs such as “the one who creates the law dies by the law” or “turbulent times demand harsh laws” make laws sound negative but necessary without any notion of justice. It was the wise judges who interpreted the laws that were praised in literature and folklore instead of the law itself. That’s because the laws were made for and by the ruling elite; so the person who actually interpreted them was the one wielding power.

My father once told me: “The rest of the world follows rule of law but in China people make the rules.” That is true. China has never put the rule of law above anyone, even those who make decisions in matters of life and death. What is needed is higher importance to be placed on the enforcement of written law, as opposed to favoritism towards the powerful elite that wield its power. The concept that nobody is above the law – including the emperor himself — dates back thousands of years, but has hardly ever been put to practice. Ironically, in China, only the strong and powerful can push reforms forward effectively; a reality also reflected in  history.

When Doctor Sun Yat Sen was named provisional president of the new Chinese Republic in December 1911, he had great difficulty in reminding people that he wasn't the new emperor and had to refuse the traditional kneeling and kowtow tributes usually reserved for such a dignitary. For nearly 5,000 years, Chinese politics served to preserve dominant and powerful men; only recently did the country introduce a party system of governance, politics and constitutional law. Even then it was a single party with complete control of the country’s reins. Sun was quickly replaced by another mighty challenger, Yuen Sai Hoi. However, after Yuen's unsuccessful bid to crown himself the emperor, China plunged into a period of competing warlords until Chiang Kai Shek was able to unite the Chinese government under his control.

China again changed hands when the Chinese Communist Party, under the leadership of Mao Tse Dong, defeated the nationalists and emerged as the new sun on the country’s political horizon. Under Mao, China made great leaps and introduced reforms, although most of them ended disastrously. Nonetheless, he remained firmly in control of the communist nation. Under the tutelage of Deng Xiaoping, who rose from the ashes of the Cultural Revolution and pushed for open-market reform over the late 1970s to 1980s, the foundation of modern China’s prosperity and growth was laid.

Egypt and the US

In 2012, months before he was to step down from power, Premier Wen Jia Bao gave a speech on how political reforms should be the main theme in the coming years, for the current economic prosperity could not be sustained without taking steps to remedy the present situation. Most people viewed this as a call for democratizing the ancient country through open elections. They all missed the boat. The most important component of all reforms should be to first establish the rule of law.

In this context, Egypt stands as a powerful example of quasi democracy. Even though President Mohammed Morsi of Egypt was elected democratically, his recent disregard for the rule of law by pushing his own mandate reveals how the absence of a robust constitutional framework can still undermine the idea of democracy. On the flip side, the United States has remained powerful, prosperous and innovative much due to its strong foundations based on rule of the law, regardless of ethnicities or religions involved.

Professor He Weifang of Beijing University, an expert in law, understands this and has championed the rule of law in China. In his first book, “In The Name Of Justice: Striving for the Rule of Law in China,” he lays down necessary components in his plan that could pave the way for China to eventually achieve a separate and independent judicial system. He suggests the country must first set up an independent reform committee. Secondly, the government should only nominate judges rather than appointing them directly. This is necessary to set the courts apart from the official reporting system in the government. Judges and lawyers in mainland China have long complained of interference in trials by government officials.

A separation between the government and the judiciary must be established before respect for rule of law can permeate society. It is not just for the benefit of Chinese citizens; it will also instill faith among foreign investors who feel legal contracts signed in the country do not safeguards their interests adequately (although the situation has improved since China joined the WTO). There is no doubt that a more independent judicial system would boost confidence in China's further forays into the international arena. The economic success and models of law in both Hong Kong and Taiwan could serve as a test model for China to move forward.

However it remains to be seen if the ruling party is going to have the will to achieve such a phenomenal change. For example, Professor He's first step is to establish a committee consisting of scholars and law experts to study the existing legal framework. But his proposition cannot take off unless it is supported whole-heartedly by the ruling Communist Party or backed by the collective will of the ruling class. That takes us back to the idea that China needs a determined leader if it is to undertake bold reforms; urgent advice echoed by both Wen Jiabao and Hu Jintao in their last address to the party before leaving office. The examples of Sun Yet Sen and early civilian presidents of nationalist China, who failed to push forth reforms due to lack of political and military will, act as a caution to future Chinese leaders. That was the exact reason why Chiang Zhimin attempted to hold on to his military office a bit longer before passing it on to Hu Jintau.

Can Xi Jinping emulate Deng Xiaoping and steer the country towards much-needed reforms? Or will he be like Hu Jintau and opt for the status quo and preserve the harmony of the party? The present signs look promising, for change seems to be on the agenda, even though a recent reshuffle in the standing committee, which left out a few high-profile reformists, does not reflect this sentiment.

There is a great need for reform in China. Words of caution from both Hu and Wen indicate that the Communist Party of China has taken note of the impending action. Also, Hu Juntao's voluntary relinquishment of all his posts to his successor Xi, unlike his predecessor Chiang Zhimin, indicates a willingness to give Xi the opportunity to move forward. Although some noted reformers were not included in the standing committee, there seemed to be consensus among the party on the reform front. Xi was given the mandate to move ahead and secure any reforms to keep the party in power and the country moving forward. The fact that, unlike in the past, high-level party members readily acknowledge the importance of the challenges facing China and the need for change means that they will heed to them. Xi Jinping may not appear as powerful a leader as is required to take China forward, but he will have to play that role nevertheless in order to achieve what China needs.

The most urgent reform he needs to address is the current Chinese judicial systems, because a robust and transparent legal structure is the cornerstone of every just and stable government. The present structure, riddled with abuse and corruption, is not only bad for China’s prospering economy, but also may undermine its global position and hurt strategic partners like the US in the long run. Despite its rhetoric on China’s questionable human rights and lack of democracy, Washington relies on Beijing’s cooperation on a great number of global issues, such as reining in North Korea. There is no doubt that reforms in judiciary and governance to stamp out evils like corruption and abuse of power are long overdue in China. The question, however, is how far and how fast they would be achieved under the new leadership. The answer alone will determine how serious China is about protecting its prosperity and relationship with the rest of the world.