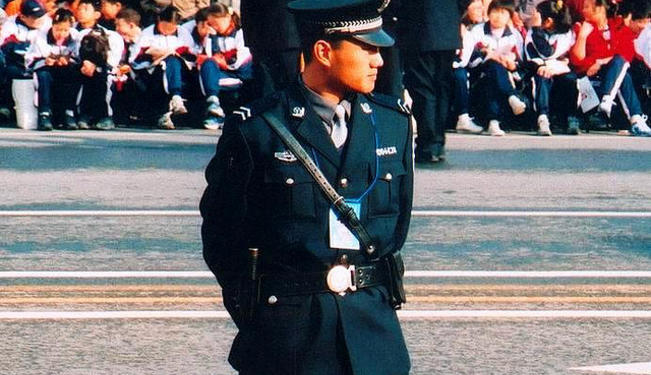 China’s new leaders must deal with the challenge of endemic corruption and increasing numbers of mass incidents.

In 1993, at the 72nd anniversary of the founding of China’s Communist Party, Jiang Zemin warned of the threat that corruption posed to China, stating: “If we do not take resolute action to curb corruption, and let it worsen, we shall destroy the enterprise of reform and the open door, and eventually jeopardize the party's ruling status.” Nearly twenty years later, the specter of corruption still looms large over China’s ruling party.

With corruption often cited as one of the major factors in the eruption of ‘mass incidents,’ China’s leadership has continually emphasized the importance of reigning in corrupt officials, tightening anti-corruption laws, prosecuting offenders, and promoting anti-corruption education. At the 18th National Party Congress held in Beijing in November, outgoing president Hu Jintao echoed Jiang’s warning from twenty years earlier, stating that if the party failed to handle the issue of corruption well, “it could prove fatal to the party, and even cause the collapse of the party and the fall of the state.”

Yet throughout the past twenty years, corruption in China has remained endemic. Part of the problem stems from what Kenneth Lieberthal describes as a reward system based on local government officials’ ability to produce high levels of economic growth and contain social instability. At the provincial level and below, government officials have both the incentive and enough decision-making autonomy to pursue infrastructure and development projects that, while often leading to rapid economic growth, fuel corruption, income inequality, wealth differentiation, and environmental degradation.

Further complicating this process is a paucity of reliable top-down of mechanisms of oversight coupled with a cumbersome bureaucracy that together create ample opportunities for local government deviation from Beijing directives, collusion with private business and political interests, and the prioritization of economic gain at the expense of public goods provision and public health and safety. Additionally, China’s business and political culture has, traditionally, relied heavily upon establishing and maintaining connections (guanxi) to build businesses and increase personal wealth. Those who are unable to develop and maintain key relationships often find it difficult to navigate through China’s political and economic environment.

For those citizens, who fail to benefit from the new economic environment or who become victims of local government malfeasance, there are very few mechanisms for acquiring justice and holding government officials accountable. China’s legal system is extremely weak and lacks independence from the party, making it difficult for citizens to successfully pursue cases that involve government officials. The other official avenue for recourse is the notoriously ineffective petition system.

Petitioning is a centuries-old, legally recognized practice that allows citizens to directly appeal to government officials for justice. The problem is, of course, that many citizens’ complaints involve- whether real or perceived- negligent, incompetent or corrupt local government officials. Unsurprisingly, these government officials are often unwilling or unable to help petitioners. Further complicating the petitioning process is the reward system. Because rewards are partly based on containing social instability, government officials have an incentive to prevent petitioners from seeking justice from higher-level authorities. As a result, petitioners are often kicked around from department to department and even occasionally arrested and forcibly returned to their hometowns if they decide to ‘skip levels’ by immediately going up to the provincial capital or to Beijing itself to petition.

The results of this process- the rapid economic growth, weak mechanisms of oversight and accountability and a perverse reward system- are unsurprising: rampant corruption, rising social tensions and an increase in mass incidents. In 2010, over 180,000 incidents of unrest were reported- up from 87,000 in 2005 and 8,700 in 1993.

As Jiang Zemin’s 1993 speech clearly indicates, however, Beijing has been acutely aware of the problems that corruption poses to social stability for years. Indeed, China spends more annually on domestic security than it does on its military. Yet in spite of the rhetoric and public commitments to fighting corruption very little has been done in terms of the kind of structural reform needed to combat corruption and diffuse social tensions. Part of the problem is simply the system itself. China’s leaders and their families- even those at the very top- benefit from the patronage and guanxi system to such a degree that it is difficult to do anything but maintain the status quo.

Furthermore, China’s breakneck economic growth has actually helped further legitimize the party’s ruling position and kept a lid on widespread dissatisfaction among the middle class regarding the slow pace of political reform. Therefore, any kind of systemic overhaul that might de-prioritize rapid economic development could itself be destabilizing. Lastly, and perhaps most importantly, the eruption of mass incidents in China has remained highly localized. In other words, those who engage in collective action do not generally target Beijing; rather, they are angry with local government officials. For now at least, this buys Beijing some time, as social tensions are diffused and contained at the local level instead of engulfing the entire country and leading- as Hu feared- “to the collapse of the party and of the state.”

Although instability in China is, as of now, seemingly contained at the local level, China’s leadership is aware that this may not always be the case. The question that China watchers are now asking is: will China’s new leadership embark upon a different strategy, or will they maintain the status quo? Of course in order to answer this question, it is necessary to first ask whether or not any new changes have occurred within the central leadership that are conducive to political reform and second, whether or not the new leadership is amenable to reform.

Lieberthal characterizes China’s evolving central leadership as being built on consensus rather than a powerful central figure, as is commonly assumed. “Since Hu Jintao, the outgoing leader, ascended to the top job in 2002, collective leadership built around consensus decision making has become the norm.” Yet the system of building and maintaining relationships also impacts what happens within the central leadership, as Standing Committee members are often reluctant and even unable to disadvantage other committee members who generally have a vested interest in the sector over which they are charged, such as domestic security or state-owned industries. This makes it far more difficult to make the kind of deep structural reforms that may be necessary to reduce waste and close institutional gaps that may be conducive to corruption.

While the number of members on the Standing Committee was reduced from nine to seven, the basic power-dynamics- as far as observers are aware- have remained unchanged. Although China’s top leader now has less power compared to that wielded by Mao or Deng, he is certainly not without significant influence. Thus, the issue of how China will handle corruption and mass incidents will hinge in part on Xi himself.

Given that information surrounding China’s leaders is so tightly guarded, it is extremely difficult to know whether or not Xi will deviate to any remarkable degree from his predecessors. Additionally, Chinese leaders ascend to the top through loyalty to the party and to their predecessors, not through any kind of proven tendency to depart from the status quo.

While it is possible that Xi’s experiences living in the United States during the 1980s and his desire to engage with US leaders and citizens may signal that he is perhaps more amenable to taking a different approach to politics than his predecessors, there is still much about Xi that suggest he may be less of a reformist than many would hope.

Xi is no less disconnected from the network of patronage and social and familial connections than his predecessors. Reportedly, members of Xi’s extended family reportedly have extensive wealth and vested interests in several key sectors, including real estate, minerals and telecommunications. Furthermore, as the son of one of China’s first generation of leaders, Xi’s rise to power was dependent in large part upon his father’s position and connections, and there is nothing to suggest that he has in anyway divorced himself from this dense web of personal connections.

Yet the issue of corruption and its repercussions has become one that the central leadership can no longer treat with just rhetoric and half-measures. On November 20, China’s newspapers published an article, written by Xi himself, dedicated to the issue of corruption and the new leadership’s call to combat it. Although this may appear like a continuation of the same ineffectual rhetoric of the past, the facts are clear: corruption is not abating and the mass incidents associated with it are only getting worse. So although Xi himself may not- at heart- be the kind of reformist that observers had hoped, China’s endemic corruption and increasing numbers of mass incidents may force the hand of the new central leadership. The system will have to reform or else face the consequences.