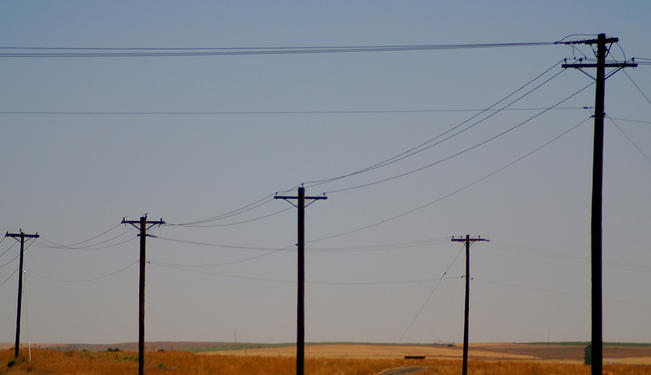 As a number of countries throughout Africa transition from conflict to democratic rule, many governments are seeking to speed development.

Whether delivering an engine for a river barge in South Sudan or bringing bottles of Coke to an Ethiopian village, overcoming infrastructure challenges in Africa can be a story of both speed and sluggishness. A glance at the mobile phone industry reveals an Africa leapfrogging over much of the world, connecting remote regions with state-of-the-art telecom networks. Yet, when it comes to some of the basics – roads, airports, and electricity – much of Africa still struggles.

At the Wharton Africa Business Forum 2011, a number of experts in African logistics discussed how they are overcoming the challenges, using technological innovation and public-private partnerships to fill Africa's infrastructure gaps.

"What's interesting to me – and to most people when they come to Africa for the first time – is that technology hasn't missed Africa," said Michael Westphal during a panel discussion about distribution and supply chain management. "In fact, Africa has embraced a lot of technologies quite quickly, quite readily … and we take advantage of that. The cellular phone, the satellite phone, the Internet, Facebook, Twitter: Our people utilize all of these things to facilitate our operations in Africa."

Westphal works in Africa with Pacific Architects & Engineers (PAE), which specializes in expeditionary construction, logistics, operations and maintenance, and training. The company is contracted by the U.S. defense department to assist the state department and UN peacekeeping missions in a number of African countries. In one case, the state department asked PAE to refurbish a river barge on the Nile in Bor, a town five hours by car from Juba, the capital of the Republic of South Sudan.

"Now, Juba is not Paris. It's not even Nairobi. It's a wild-west town in a developing country," Westphal noted. "The infrastructure in southern Sudan – a country that has been at war for decades — is not [as complete as] what most people would expect." The barge, stranded on the banks of the Nile for about five years, needed a new engine. Communicating via cell with the company's logistics hub in Dubai, workers located an engine in a country nearby. "How do we get that from there to Nairobi to Juba to Bor – all during the rainy season – and do it in a couple of weeks?" Westphal asked. "That's a pretty significant challenge, so we use whatever is available to us: the cell phone, the sat phone, the Internet. All of these are things that our program managers use and use quite effectively – even in tough places like South Sudan."

New technologies are persuading some in Africa to skip generations of infrastructure entirely. Why build a landline telephone system, for example, when cellular networks do the job just as well? "In a lot of those countries, they recognize that," Westphal said. "We'll go directly to the cellular network. Why rebuild something which is not necessarily going to work?"

New technologies appear in Africa shortly after they are introduced elsewhere, Westphal noted. In Kenya, the Internet is quickly becoming passé. "No one wants Internet service at home anymore. They carry a smart phone, and they access information wherever they walk. So the Internet service providers [in Kenya] are going out of business, but cellular companies are going gangbusters. They're growing each and every day."

The mobile phone is changing everything in Africa, added Alexander B. Cummings, executive vice president of Coca-Cola Company, during a keynote address at the same conference. "The continent is vaulting past decades of infrastructure development. Africans are buying mobile phones at a record rate. There are already 500 million mobile phone subscribers across the continent. Analysts predict that by 2020, every African will own a mobile device." Coke uses mobile technology in Africa to help route salesmen track sales, monitor delivery schedules and communicate with customers, he said.

Mobile phones don't answer all of Coke's infrastructure challenges in Africa. Roads, rail, airports and bridges are still lacking in many areas – and even the most powerful of smart phones cannot move a bottle of Coke.

"There are many places in Africa where our traditional distribution system doesn't work," Cummings stated. "The streets are too narrow, the roads are too muddy and we have a number of other barriers. So we aren't able to get our products in the usual ways to people who want them." The beverage-maker's solution: micro-distribution centers, or MDCs – small distribution centers run by individuals or groups of entrepreneurs who do whatever it takes to bring bottles of Coke to areas too remote or difficult for a traditional delivery truck.

"Instead of [the usual delivery] trucks, these entrepreneurs use pickup trucks, bicycles, motorcycles and hand carts to deliver the product," Cummings said. The company runs more than 3,200 MDCs employing 14,000 people and generating more than US$600 million in revenues. "There are many inspiring stories," he noted. "One woman who started with nothing now has 16 employees. A man went from selling bottles by the side of the road to [managing] five pickup trucks and 39 employees, serving close to 500 outlets. These are small businesses, but the stories are growing and so are the jobs. And where there are dependable jobs, there are changed lives and changed and stronger communities."

Transportation remains one of Africa's biggest infrastructure headaches – including sub-regional transportation between countries, according to Westphal. Many have made attempts to alleviate the problem and make money from it, but so far a solution remains elusive. "When you fly to Nairobi, you can get to a lot of different places. But if you fly into [Liberia's capital] Monrovia, it might be an additional 18 hours to get to Freetown" in neighboring Sierra Leone, he said. "It takes a lot of effort to get in and around West Africa."

Vested interests sometimes hold back infrastructure development, noted Colin Coleman, head of Goldman Sachs' South Africa office, who delivered another keynote speech to the conference that touched on infrastructure. Nigeria, for example, has been largely unable to develop its electrical infrastructure because of an "absolute stalemate between the big interests in Nigeria about rolling out power," he said. "Nigeria needs power like no other country, but there is diesel everywhere you go when you go into Nigeria," Coleman said. "One of the biggest input costs for small businesses in Nigeria is diesel. And it's criminal, because the fact is that the supply of electricity and electrical power would be environmentally much better and much cheaper for the consumers. But if you are a supplier of diesel into Nigeria, the last thing you want is electrical power."

As a number of countries throughout Africa transition from conflict to democratic rule, many governments are seeking resources-for-infrastructure deals to speed development. One of the most top-of-mind is a multi-billion dollar deal between The Democratic Republic of Congo and a consortium of Chinese companies, which promises China up to 10 million tons of copper and 600,000 tons of cobalt in exchange for thousands of miles of railway and roads, two new universities, 176 health centers and hospitals and two hydroelectric dams. Global Witness, a London-based non-governmental organization that investigates the role of natural resources in funding conflict and corruption, questions exactly how much of the infrastructure will be built and at what cost, but notes that construction is already well underway on some projects, such as the widening of the Boulevard du 30 juin, the main road in Congo's capital.

"You do see that the pressure from Chinese companies trying to access oil and gas reserves is putting tremendous pressure on oil and gas majors to differentiate themselves," he said. "How are you going to compete against China? On price or other things?" On price alone, companies find they can't compete with China, so they are looking for ways to leverage expertise in oil and gas operations. The strategy: Being "a good citizen" of a country, helping it to develop its human capital and supply chain infrastructure, may build a company's reputation and give it an edge in negotiations later. "In the oil and gas industry, they're looking at differentiation models [to go against] Chinese competition," Doherty said. "Oil and gas companies are finding that training their supplier base – or training potential suppliers in their areas – can be key."

Governments throughout Africa are finding that they can leverage resources for infrastructure development. In west central Africa, the Gabonese Republic is cooperating with Olam International, a global commodities company that processes agricultural products and food ingredients, to build roads and other infrastructure. Olam last year agreed to invest US$1.3 billion in Gabon in exchange for developing a urea plant there.

Conference panelist Theophile Ogandaga, projects general coordinator for the partnership between Olam Gabon and the Gabonese government, noted that building infrastructure was not initially Olam's objective, but the deal allowed the company to win contracts with the government in other areas specific to Olam's business.

"Olam helps them to build infrastructure, and in return, the government will give incentives and access for developing their business in their core sectors," Ogandaga said, adding that the mutual exchange could be a model for other private-public partnerships elsewhere in Africa. "That's a kind of arrangement that I can see [for other] investors going to Africa: helping the government do what [is required] and also getting what they need for developing their sector."

*[This article was originally published by Knowledge@Wharton].