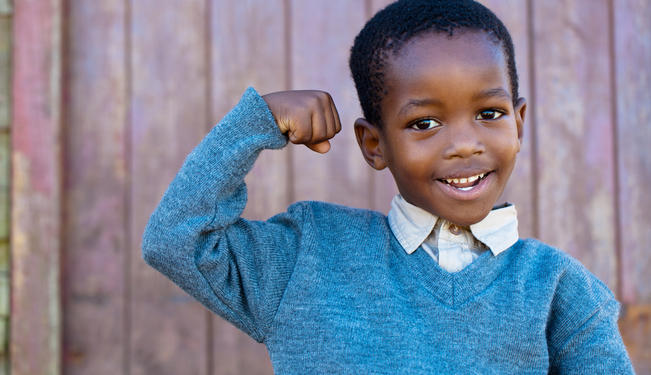 After a decade of disappointing progress on development, many people attributed Africa’s poor performance to persistent governance failures. Today, the picture is changing dramatically.

The global economic crisis of 2008 continues to affect the continent, particularly resource-rich countries. Growth in sub-Saharan Africa slowed to 2.8% in 2009 as international banks cut back on letters of credit to exporters. Demand for exports shrank and tourism and remittances declined, but recovered to 5.4% in 2010, largely due to higher demand from China for commodities. However, the future growth path for the continent remains uncertain.

Africa is also a highly diverse continent. The GDP of the largest 10 countries make up more than 70% of the continent’s total, and 34 of the world’s poorest countries are African. The average annual income south of the Sahara – excluding South Africa – is only USD342, and more than 40% of the people in sub-Saharan Africa live off less than USD1 a day.

Foreign debt as a percentage of GDP and debt service obligations as a percentage of export revenues have both declined dramatically to levels comparable to those of other regions of the world, and sovereign credit ratings in some countries have a much more positive outlook. More countries are now seen as frontier emerging economies with relatively developed financial markets. These countries include: Botswana; Cape Verde; Ghana; Kenya; Nigeria; South Africa; Uganda; and Zambia.

In part, this is due to improving the business regulatory environment. A study of publicly traded companies operating in Africa between 2002 and 2011 – mostly in the manufacturing and services industry – found that the average return on capital was approximately two-thirds higher than that of comparable companies in China, India, Indonesia and Vietnam. Similar trends were found in foreign direct investment, with US based companies achieving a higher return on African investments than that of those in other regions of the world.

Interest in Africa’s rich mineral resources also accounts for much inward investment on the continent, but higher investment in infrastructure and better education have laid the foundation for other sectors as well.

Analysis indicates that all sectors contributed to the growth surge in Africa, including: resources; finance; retail; agriculture; transportation; and telecommunications. Natural resources contributed only 24% of GDP growth on the continent between 2000 and 2011.

Education needs more attention. The average years of schooling are catching up with those of the rest of the world, after having increased more than fivefold since 1960. Although primary education enrolment rates across sub-Saharan Africa have doubled in the last generation, completion rates are still under 70%, compared to 90% in East Asia. Education and preparation for employment are both poor in quality.

However, the African continent has a plethora of opportunities at its disposal. Minerals underpin the economic strength of many countries on the continent. Africa holds 95% of the world’s platinum group metals reserves, 90% of chromite ore reserves, 85% of phosphate rock reserves and more than half the world’s cobalt reserves.

There may be a gap between the actual endowments and what has been identified and exploited. As a result, substantial more reserves could yet be discovered over time. There might be a considerable increase in Africa’s commodity exports over the next few decades, changing the economic map as new resource-rich countries emerge from Africa – prolonging and deepening economic growth.

Most African countries have not used their commodity wealth to reduce poverty. The proceeds of oil or mineral extraction have largely been consumed, rather than invested in people and infrastructure. Ugly and costly political contests for control of revenue is still a serious problem in parts of the continent.

Over the next 20 years, other endowments will come to the fore, including a demographic profile that will potentially boost both productivity and consumption simultaneously; infrastructure deficits that present investment opportunities; and large-scale agricultural and agri-processing development, both for domestic consumption and export.

Africa also has the world’s youngest population, and in less than 15 years will be home to one-quarter of the world’s population under the age of 25 years old. Africa will benefit from a large, youthful working age population that will have progressively fewer dependents to support as fertility rates are expected to drop over time.

This generation of young people can greatly expand the continent’s productive workforce, but without education, skills and programs to promote job creation and entrepreneurship, it also poses a major risk.

Approximately 54% of Africa’s youth are unemployed today and nearly three-quarter live on less than USD2 a day. Unless this is addressed, the potential for political instability will always remain great — as events in North Africa have taught us.

As a result, massive urbanization will lead to a fundamental shift in the economic profiles of many African states. Urbanization not only reduces the number of people engaged in small-scale agriculture; it will also facilitate economic diversification. In addition, the combined effects of lower dependency ratios and urbanization should have a further impact on the productivity of the labour force on the continent.

An explosion in consumer demand for mobile telephony will also impact Africa significantly. In the last 10 years, the number of mobile phone subscriptions has risen from 15 million to 500 million, and is expected to increase to close to 800 million by 2015. Over the next five years, East and Central Africa will have the highest mobile subscription growth rates in the world.

Internet access and use have also risen to about 120 million users in Africa. Estimates predict that the Information Communication Technology (ICT) sector attracted over  USD56 billion in investment over the last decade.

Added to this improved ICT infrastructure on the continent, mobile banking is becoming more prevalent; subsequently extending the ease of money flows in and out of Africa as well as between countries on the continent.

Africa must also do more to hold on to its skilled workers. Skilled migration rates are incredibly high on the continent. Africa’s fortunes will depend greatly on how educated and skilled Africans view personal opportunities, as well as how domestic and foreign investors regard returns on investment in the continent.

Less conflict, more transparent regulatory and legal systems, greater openness in trade, and higher investment in infrastructure enabled the stronger economic growth of African economies in the first decade of the 21st century.

Future success on the continent will depend on these trends being strengthened and accelerated.

*[This article was first featured by Transhumanity.net.]