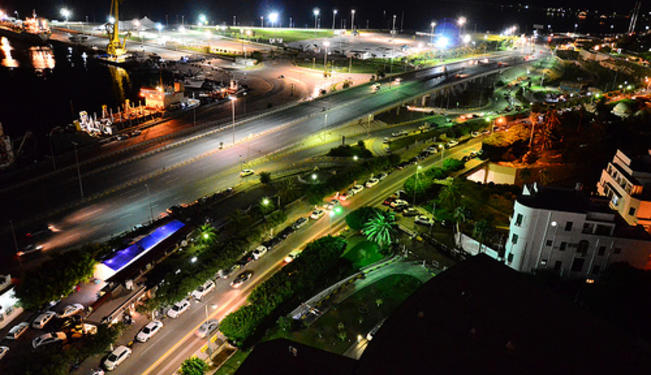 Africa has grown by leaps and bounds over the last two decades, and will continue to do so.

What a change a decade makes. Africa has come a long way since The Economist headline (now described as “regrettable”) of May 11, 2000 that referred to Africa as “The Hopeless Continent”.

We are seeing a noticeable shift in the way the continent is perceived from the outside. At the beginning of the year, The Guardian published an editorial: “A fresh chapter is opening in Africa's history” and the Financial Times followed up with “Why Africa is leaving Europe behind”. The Economist, itself, in a dramatic reversal, titled its most recent issue “Africa Rising”. These days, it is no longer unusual to come across reports by global financial institutions revealing impressive economic growth, or unprecedented economic opportunities in many parts of the continent.

But even more important than what outsiders think of the continent is what Africans themselves think. We are currently experiencing an exciting transformation in the way we perceive ourselves. A revival of self-confidence is taking place all around us. We are witnessing a series of political re-awakenings that seek to enthrone democracy and the rule of law. Africans are getting more and more used to the idea of deciding, through the ballot box, their political leadership. Africans who have achieved some measure of success abroad are returning home in increasing numbers, driven by the belief that there is no place like “home”, and armed with a determination to replicate their overseas successes in their own countries.

GDP growth rates have more than doubled in sub-Saharan Africa over the last decade, compared to the 1990s. During the same period, six of the top ten fastest growing economies in the world were sub-Saharan African countries: Angola, Nigeria, Ethiopia, Chad, Mozambique, and Rwanda. That trend is certain to continue into the near future. This year, the World Bank upgraded Zambia and Ghana into the “middle-income” category. Consumer spending on the continent, currently approaching a trillion dollars per annum, is expected to double over the next decade as the middle-class begins to re-emerge and assert itself.

A decade ago, there were less than 100,000 mobile phone lines in Nigeria. Today, there are close to a hundred million. Recent estimates indicate that as many as 40 million Nigerians – a quarter of the population – regularly use the Internet. New infrastructure (roads, railways, power stations, airports) and reform-oriented legislation is being created across the continent. There is a growing shift in emphasis from foreign aid to foreign direct investment – driven by African talent. The New Partnership for Africa’s Development (NEPAD), an African Union development agency, estimates that in the last decade, FDI into Africa grew from $9 billion to $88 billion.

What is becoming clearer by the day is that the private sector, working intelligently and confidently, can fashion homegrown solutions to poverty and economic stagnation.

I am excited about this, especially because I do not think that there will be a future for the world without a confident, self-propelling Africa – an Africa which, armed with the realisation that poverty is not an inescapable curse, actually takes responsibility for its immense potential for economic growth and prosperity.

My belief is that through an energised private sector, Africa can take its place in the driver’s seat and transform itself economically through investments that generate not only economic prosperity but also social wealth. This, in a nutshell, is my philosophy of ‘Africapitalism’. Africapitalism is not capitalism with an African twist; it is a rallying cry for empowering the private sector to drive Africa’s economic and social growth.

This belief has led me to set up two institutions: Heirs Holdings, an African proprietary investment firm committed to the economic transformation of Africa by generating long-term investments through economic prosperity and social wealth; and The Tony Elumelu Foundation, a non-profit organisation that champions impact investing. Impact investing combines the profit motive of traditional investing with the social and developmental outcomes of philanthropy. We look for a double-bottom line: like all investments, we are keen to generate financial return, which helps ensure sustainability, but are also focused on achieving social and communal good. It is a beneficial and value-adding middle-way between the profit obsession of traditional investing, and the often-unsustainable ‘hand-out’ approach of traditional philanthropy. Impact investing aims to displace the old and damaging idea of Africa as a perpetual laboratory for aid experiments.

The vision of The Tony Elumelu Foundation is to catalyse and promote impact investing on the continent (and what better way to promote this than by demonstrating it), and also to nurture and support a new generation of African entrepreneurs and business leaders.

Together, both institutions, working in close collaboration with other institutions across the world – we are very much open to partnership, but a partnership of equals – are committed to tackling some of the many challenges that businesses have to deal with on the African continent: regional trade barriers, inadequacy of managerial talent, overemphasis on debt capital as opposed to equity capital, absence of a sufficiently competitive business landscape, harmful overdependence on aid, the absence of a system for measuring the social and developmental effectiveness of investments, among others.

Despite all these challenges, I am optimistic about the future of Africa. Africans are coming to the realisation that we are the ones who will determine our own destiny, and it is in this awareness that change can start.