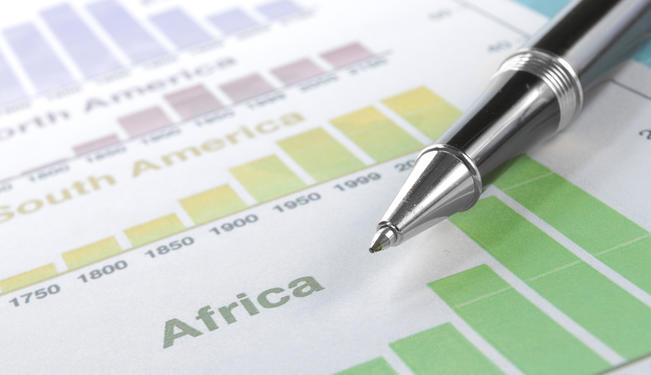 As India looks towards Africa to expand its economic ties, it faces many challenges.

Africa’s growing importance as a trade and investment destination was highlighted by the US president’s recent visit to Senegal, South Africa and Tanzania. At the second meeting of the India-Africa trade ministers in 2012, India and Africa set a target of $90 billion in trade and investment for 2015. As India looks towards the continent to expand its commercial ties, it also faces a number of challenges – infrastructure hurdles, inadequate banking and financial facilities, and low recognition of brand India.

Kapil Kapoor, director of Strategy at the African Development Bank Group (AfDB) and former World Bank representative for Uganda and Zambia, speaks to Gateway House’s Karan Pradhan about Africa’s growing awareness of transparency in business, its need for public-private partnerships to bridge infrastructure gaps, and how investment has gradually replaced aid in African countries.

Kapil Kapoor: There is greater awareness, not just among companies, but among governments too, that Africa is more ready than ever before for trade. There was a huge difference between this year’s TICAD meeting (a summit on African development co-organized every five years by the Japanese government, the World Bank, UNDP and African Union Commission) and the one five years ago. In 2008, they were still talking about aid. This year, although the Japanese government pledged around $32 billion in aid for Africa, a large number of presentations were about how to get involved in business in Africa. Recently, US President Barack Obama visited three African countries and it’s evident from his statements that the US is focused on the growing importance of Africa as a destination for trade and investment. He pledged about $1.5 billion for aid, but that was not the real purpose of his trip. China discovered the importance of trade with the continent many years ago. Now, China is Africa’s largest trading partner.

Kapoor: The BRIC countries have a greater understanding of Africa because they were in a similar situation 15-20 years ago. They see a growing market. They are familiar with cultural differences, how the governments operate, with bureaucracy and the underdeveloped banking sector. But China, Brazil, and India operate very differently. The Chinese have a closer partnership with the Chinese government. The businesses, the government and the local Chinese embassy are in sync, looking for opportunities. China is active in the construction sector, winning most of the contracts. Brazilian companies are more active in the mining sector, where they bring technology. They are also active in the agricultural sector because of their comparative advantage.

India tends to be more private sector-driven, and many Indian businesses in Africa are driven by the initiative and enterprise of that business. India has a huge comparative advantage in terms of historical ties, which are much older than any other BRIC country. Many African governments appreciate the role that India played when they were going through their own freedom struggles. India can take advantage of these ties and shape them to penetrate emerging markets.

Pradhan: An “India-Africa Partnership Day” in Marrakesh on May 27, 2013, had the theme of “Sharing India’s Experiences with Africa in Public-Private Partnerships” (PPP). What are some of the factors which will determine these partnerships?

Kapoor: It varies from country to country and sector to sector. Although there is a lot of discussion on BOT-type or PPP-type transactions, in Africa, these are still scarce. Until recently, African governments wanted to do all their projects by themselves. This is similar to what India went through for many years, but then realised that the infrastructure gap is so huge that there is no option but to invite the private sector. This is what Africa too has started doing. One of the big problems in Africa, like many other developing regions, is that the legal and regulatory framework for PPPs is still underdeveloped. So most of the countries have set up PPP units either in the Ministry of Industry and Commerce or in the Ministry of Finance. They have passed PPP laws, but they still don’t have the expertise to negotiate PPPs. Sophisticated players come in from other parts of the world with their own lawyers and are able to negotiate preferential terms and conditions for themselves. A lot of times there is a push to increase investments in a particular sector, as with the energy sector, and governments are willing to give preferential terms for all sorts of operations. Energy sector tariffs in some countries are high and penetration is low, so depending on the perceived risk, you can negotiate deals which are better than what you would otherwise get.

Kapoor: Think back to India in the 1970s and how often we used to talk about famine until the Green Revolution took off. The push to make sure that food security is guaranteed, that the vagaries of climate no longer impact populations, is a priority throughout Africa. Agriculture is the process of taking food from the farms and putting it into the mouths of people. Governments are realizing that there is a massive role for the private sector in this process. Once the produce is grown, a road has to connect the village to a main road, there has to be a market, irrigation facilities and infrastructure to produce electricity for irrigation. You cannot think about the value chain for agriculture without a role for the private sector, and agriculture must be seen as more than just seeds, fertilizers and research. At AfDB, we focus on certain aspects of that chain. For example, we leave seeds and fertilizers to organizations like the World Food Programme. We focus more on infrastructure and on the private sector to deliver that infrastructure.

Pradhan: What are some of the measures being adopted by to limit the role of shadow banking in African projects and create greater transparency and accountability?

Kapoor: More countries in Africa are becoming democratic and accountable to their citizens. Transfer pricing has persisted for too long, and companies were creating shell companies, registering them offshore – particularly in the mining sector – and a small proportion of revenue actually went to the African countries. African governments are hearing it loud and clear from their citizens that this is no longer acceptable, and there is a huge movement to change the situation. Even at the G8 summit recently, the British prime minister talked about transfer pricing, particularly about minerals, and said this was not acceptable. So there is a push from both ends to make sure that African countries retain increasing parts of the revenues that come from within the continent. There are many initiatives in this context, such as the extractive industry’s and the construction industry’s transparency initiatives, greater auditing of offshore havens, and greater scrutiny for banks.

Pradhan: Foreign companies in Africa may work under specific anti-corruption practices at home. How do they make the transition to a local system that may encourage unethical practices?

Kapoor: Many companies want to do things transparently because that’s how they operate globally, but when they come to Africa, to Asia or Latin America, they do whatever it takes. So they may get into partnerships with local businesses, local entities who know how to manipulate the system. If you survey the private sector in Africa, they will say corruption is one of the biggest constraints in doing business. But there is a growing awareness that the people and civil society groups in Africa are not going to put up with this. Countries like Rwanda, Ghana and others want to bring about greater transparency in how businesses operate. As a result, companies that follow the same kind of internationally acceptable practices will find receptive governments. But it is not going to happen overnight.

*[Note: This article was originally published by Gateway House.]