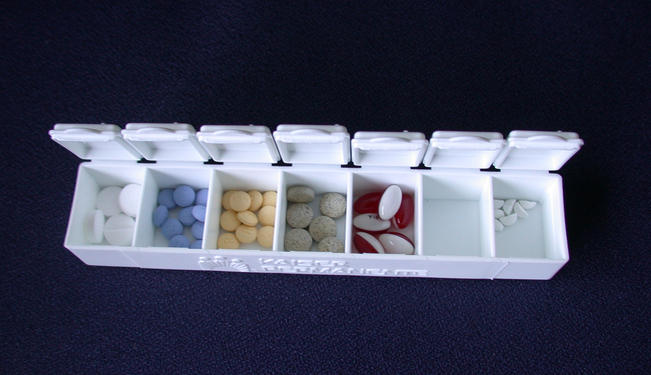 Commentary on the supply and demand of medicine, its overuse, and the need to regulate and optimize the accessibility of medicinal drugs in the US and beyond. This is part one in a series of four articles. Click here to read part 2, part 3 and part 4.

The legitimate use and equitable distribution of medicines to restore and maintain health should be based on the public health perspectives of doing the greatest good for the greatest number of our world’s seven billion people. Every country in our global community struggles to establish priorities to address evidence-based needs for safe, effective, and judicious use of prescription and over-the-counter medicines. There are no widely accepted decision-making models to rationalize or develop fair and legitimate procedures for the prudent use of medicines. At the same time, there are no effective and efficient ways to safely deal with the challenge of stockpiling unwanted medicines. In the US, there are few, if any, state and federal legislations written to effectively and legally collect and dispose of the steadily increasing amount of unused and expired medicines (UEMs) accumulating in the home and at work. Countries such as Australia, Canada and Sweden, have implemented safe methods and systems to address UEMs. They also stress appropriate and judicious prescription of medicine to patients.

Overuse, abuse and misuse of prescription medicines by the elderly, teens and children can significantly undermine intended medical therapy and patients’ health, welfare and safety. Failure to adhere to medical treatment remains a major challenge for the US healthcare system and contributes to exorbitant cost and waste. Escalating cost and imprudent use of prescription medicines is documented by the World Health Organization (WHO) and further described in its 2007 report, which estimated that more than half of all medicines are prescribed, dispensed or sold inappropriately and that half of all patients fail to take them correctly.

The Centers for Disease Control and Prevention (CDC) supports this finding with its report that doctors inappropriately prescribe antibiotics more than 50 % of the time, and more often for respiratory infections. The WHO strongly advocates rational use of medicines and requires that patients receive medications appropriate to their clinical needs, in doses that meet their own individual requirements, for an adequate period of time, and at the lowest cost to them and their community.

Most people want a prescription medicine as soon as they are ill or experience any pain or discomfort. The belief that only prescription medicine can treat a problem or provide relief has led to the increased demand for more prescriptions. Consequently, the attitude about having and consuming more medicines in order to sustain a certain quality of life continues to grow. “Quick fixes” are advertised for virtually every problem associated with living, ranging from obesity, fatigue, memory loss, stress, to many other conditions directly related to lifestyle and, often, personal choices. We have cultivated a strong dependence on prescription medicines and their purported fixes or cures despite the danger of overuse, abuse, side effects and other adverse drug reactions. An alarming prevalent trend and misconception about medicine is: “the more, the better”.

The Elderly and Demand for Medicines

As stated in the October 1997 American Public Health Journal, senior citizens make up 12% of the US population but represent 34% of the expenditures for prescription medicines. Statistics from our own research indicated that prescription drug use is rising in all age groups, that five out of six persons 65 and older take at least one medicine and almost half take three or more. As seniors consume more medicines, the likelihood of complications due to adverse side effects and drug interaction increases. Polypharmacy, a relatively new term, describes the growing practice of prescribing multiple medicines or their combinations, to treat or manage a number of health conditions and diseases at the same time. Seniors are highly susceptible to adverse effects of medicines due their changing, aging body functions, such as body-composition, cardiac output, renal function and liver metabolism. They require more sensitive evaluation, diagnosis, adapted medical dosages, and better pharmaco-vigilance to avoid duplication of prescriptions, side effects and adverse reactions. Ideally, better case management and health monitoring with consideration of alternative medical options and care, not necessarily more or stronger medicines, should be indicated and emphasized. Development of adapted formulations in a better pharmaceutical care system and more comprehensive gerontological health and wellness programs are greatly needed.