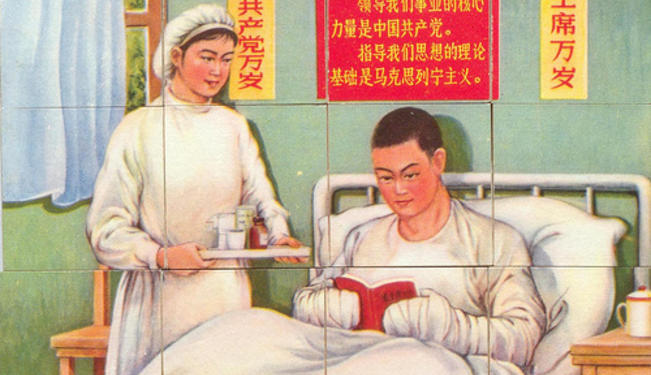 Healthcare is specific to each country and is shaped by the political, social and economic conditions of the moment.

China and the United States are both in the process of undergoing healthcare reform. In 2009, China announced its healthcare reform, which it elaborated upon through the 12th Five-Year Plan released by the Central Committee of the Chinese Communist Party in 2011. After considerable debate, the US launched its own series of reforms, with the HITECH Act, which was a component of the American Recovery and Reinvestment Act of 2009, and the Patient Protection and Affordable Care Act, which was a standalone entity that was enacted in 2010. While both reforms were created in part to increase access to health insurance, they were created for differing reasons and do so in different ways. After comparing the two reforms and their resulting healthcare systems, three general themes emerge; healthcare systems are influenced by national objectives, the structure of the government, and economic conditions.

While China and the US worked on reforming their healthcare systems during the same period of time, they did so for substantially different reasons. In China, shielding people from financial shocks resulting from medical expenses was a paramount concern. In America, the focus was on improving access to health insurance to discourage the use of expensive emergency care. China was motivated to increase access to health insurance in part because people were saving a large proportion of their incomes in order to protect themselves from medical losses. Insurance reduces the financial shock that people experience during illness, enabling them to devote more of their incomes to consumption. Having money saved has been essential for survival in China, as people have typically been expected to pay at the time of treatment. Meanwhile, in the US, a major factor motivating the reform was the desire to increase the number of people with health insurance in order to encourage people to seek preventive treatment and to reduce the burden on providers caused by people receiving care without paying for it. Thanks in part to the Emergency Medical Treatment and Active Labor Act, Americans can receive urgent care at hospitals regardless of their ability to pay. As emergency care is expensive and bad debt must be either absorbed by hospitals or tax payers, Americans have hoped that improving access to insurance would help people receive care in lower-cost settings and be less likely to face costly health catastrophes. Thus, while both China and the US sought to increase access to health insurance, they did so for somewhat different reasons.

Healthcare systems are influenced the structure of the government

China historically has divided people by urbanicity and employment status when determining the healthcare financing program that is most appropriate, while America has historically divided people by age and employment status when doing so. China tends to control for urbanicity at the national level, while the US tends to do so at the state level due to differences in the nations’ legislative processes. As Chinese lawmaking has historically primarily occurred at the national level, national policies tend to have the needs of different regions baked into them. Meanwhile, the US has a strong tradition of creating laws at the state level, and has states create different flavors of the health insurance programs for low-income people and children, as well as different regulations for the health insurance products sold to working-age people. Thus, a difference in the structure of the Chinese and American governments causes the healthcare systems to divide their populations in different ways.

China and the United States have drastically different per capita GDP – approximately $8,000 in China, and approximately $48,000 in the US. As incomes are lower in China, there is a greater need for affordable care – the average health insurance premium of a family in the US costs more than the average household income of a family in China. To provide healthcare at a cost affordable to the average Chinese family, the Chinese healthcare system utilizes a combination of greater tiering of providers and a greater emphasis on prevention than is seen in the American healthcare system.

While rural Chinese are now offered health insurance with a governmental premium subsidy of about $30 per year, the first tier of the system (with the greatest rate of reimbursement) consists of providers without formal medical school training. As more formally trained providers do not appear until patients reach higher tiers of the system, a large number of basic problems can be handled at a lower cost. Meanwhile, in the US, licensure requirements limit the ability of less-trained people to practice medicine unsupervised. Although nursing has traditionally been the affordable front-line of the American healthcare system, the push to have nurse practitioners hold doctorates may increase prices there as well. Thus, differences in incomes have driven China and the US to create different minimum standards for medical care providers, with China ensuring affordability by permitting a broader range of providers.