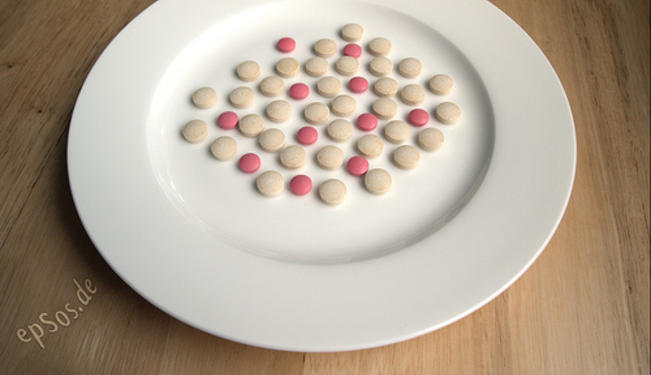 Commentary on the supply and demand of medicine, its overuse, and the need to regulate and optimize the accessibility of medicinal drugs in the US and beyond. This is part three in a series of four articles. Please click here for part 1, part 2 and part 4.

The 2007 cost of the Centers for Medicare and Medicaid Services (CMS) prescription program was $74 billion and is predicted to be over $100 billion when the first of 79 million “baby boomers” enter the program this year. In 2009, the Poison Control System, Hennepin County, Minnesota reported the average person over 65 takes between two and seven prescription medicines daily and consumes more than 30% of all prescribed medicines. Wasted medicine is any amount of prescribed or non-prescribed medicines that patients and consumers do not take as directed by their physician or pharmacist. These medicines eventually expire and likely will never be used. Additionally, the practice of ordering more medicines towards the end of life for patients is unethical and irrational. UEMs are discovered often after the patient dies. By the medical standard of care, these medicines should not be recycled or used on another patient.

In our previously mentioned study of 800 seniors, Lisinopril, an angiotensin-converting enzyme (ACE) inhibitor, was the most frequently returned medicine. Four types of controlled substances returned included a benzodiazepine and three narcotic pain relievers, both listed in the top 10 most commonly wasted medicines. The combined estimated proportion of wasted prescription and over-the-counter (OTC) medicines was 52%. Adjusted for only prescription medicines, the proportion wasted was 43%. The estimated cost of waste was $83,180.14, based on the industry’s average wholesale price. With market price mark up, this cost may range between $108,134.18 and $133,088.22.

Additional costs of wasted medicines include the actual costs associated with collection systems in the communities and the destruction of these UEMs. The hidden costs of wasted medicines may never be calculated in terms of compromised health, complications related to non-adherence of medical treatment, premature deaths, and the growing dangers and risks in homes and neighborhoods from over-consumption and excess prescribing and purchasing of medicines, leading to stockpiling of excess unwanted medicines.

The environment must be protected from the adverse, often cumulative effects of chemicals in medicines that are indiscriminately flushed down the sink or toilet or discarded in the trash. Adverse impacts on human health due to low, chronic exposure from discarded medicines remain unknown. The 2009 US Environmental Protection Agency report described observations and documented the deleterious effects on aquatic life. Examples include: exposure to 1 part per billion of diazinon can disrupt the olfactory reception of salmon and alter annual migration; 5 parts per trillion exposure to 17α-ethinylestradiol effectively converts male flathead minnows into females; and low exposure to anti-epileptic medicines, such as carbamazepine,are recognized as potential human neuroteratogens that interfere with brain development.

The November 2002 US Geological Survey stated that 80% of our waterways contain traces of pharmaceutical compounds. The May-June 2005 Nexus report revealed that up to 90% of every medicine people take is excreted unchanged and ends up in the ground water. Further, deliberate or indiscriminate disposal of unwanted medicines can magnify the potential harm by introducing active pharmaceutical ingredients into the water. A 2008 article by Associated Press announced that 46 million Americans drink water having trace amounts of pharmaceuticals.TheNovember 2009 report of US Environmental Protection Agency has not set any safe limit for the amount of pharmaceutical compounds or byproducts in the environment. Our counterparts in Europe, under the precautionary principles, have imposed very strict limits for pharmaceutical companies with regard to industrial effluents.

However, the FDA and the White House’s Office of National Drug Control and Policy in 2011 issued guidelines for recommended disposal of unwanted medicines.Introduced in February 2007 and revised in October 2009, the first federal guidelines urged consumers not to flush prescription medicines, to participate in community drug take-back programs, and, if take-back programs are not available, to combine the medicines with an undesirable substance, such as coffee grounds or kitty litter, before disposal with household trash.