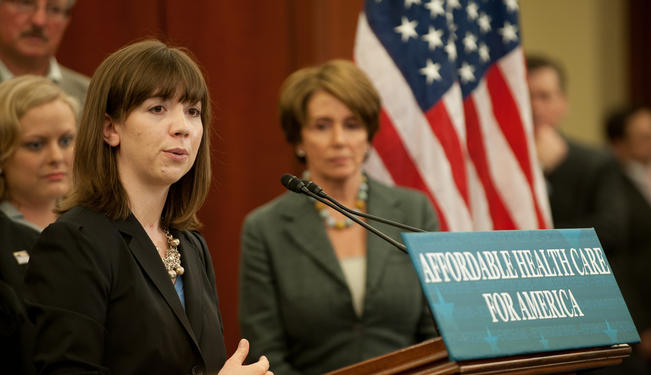 The recent Supreme Court decision upholding the Affordable Care Act (ACA) has inspired a great deal of fervor, but its impact on health care and government power is far from lucid.

Concluding with the statement that “the Court does not express any opinion on the wisdom of the Affordable Care Act,” Chief Justice John Roberts and the four Justices from the Supreme Court’s liberal bloc upheld the Affordable Care Act – pejoratively known as Obamacare. Ever since its enactment in 2010, the legislative cornerstone of the Obama Administration has come under attack in the courts. The 900 page colossus expands the provision of Medicaid, requires chain restaurants to display nutritional content, and most importantly assesses a financial penalty on uninsured individuals to compel them to enter the insurance market – the provision commonly known as the individual mandate.

Opponents of the ACA focused on the mandate, and in doing so tasked the federal judiciary with making a decision on the limits of federal regulatory power and – contrary to the Chief Justice’s claim – the wisdom of the law. With its decision in National Federation of Independent Business v. Sebelius, the Supreme Court sustained the mandate – a decision that raises immense short term and long term policy questions.

Provided that the ACA is not repealed legislatively (an option the Court’s ruling does not foreclose), the mandate will shore up an unaddressed externality in the health care market – uninsured citizens. Though the mandate does not actually force citizens into purchasing health insurance, the additional tax on uninsured Americans will likely prompt these individuals to enter the insurance market – and hereby partly address the costs the uninsured pass on to the health care market. Yet, the efficacy of the mandate in addressing spiraling insurance costs remains hard to predict.

An additional short term question is how effective the ACA will be at providing better health care access in the US. A common criticism of the mandate is that it penalizes an unfortunate section of society that is neither poor enough to be eligible for Medicare nor well situated enough to purchase private health insurance. In order to assuage these concerns, the ACA expands the federally subsidized Medicare to cover many Americans above the Federal Poverty Level.  However, in deciding Sibelius, the Court invalidated a provision of the ACA that forced state governments to expand Medicare.

Whether or not this expansion is the best way of offering health care as a public good, additional concerns remain. Strong calls have been made for the adoption of a single payer system in the US. Under such a system, the federal government would provide publically financed health care for all. Should the mandate fail to expand affordable health care, calls for a single payer system will grow even louder.

The Long-term Implications of the Affordable Care Act

The significance of the Sebelius decision, however, goes far beyond the healthcare market. The very heart of the case involved the limits of federal regulatory power under the Commerce, Necessary and Proper, and Taxing and Spending Clauses found in the US Constitution.  Pieces of federal legislation usually have to be constitutionally justified under one of these clauses. Opponents of the individual mandate argued that it was an exercise of regulatory authority beyond what these clauses permit the federal government to do. Yet, many previous Supreme Court cases favored an expansive view of federal regulatory authority under these constitutional provisions. It was expected that a decision striking down or upholding the ACA would send a clear message of how far the federal government could go in enacting policy. Chief Justice Roberts’ decision though sends a mixed message about the boundaries of congressional policymaking.

On one hand, the mandate was upheld as a valid exercise of the Taxing and Spending Clause, since the penalty on uninsured individuals functions as a revenue raising tax. On the other hand, the Chief Justice’s decision declared that Congress could not enact new mandates compelling individuals to take action per the Commerce Clause, as the government can regulate activity but not inactivity. Outside of existing affirmative duties like jury duty or military service, the federal government will not be able to require citizens to take any kind of action. Since the mandate needed to be sustained under only one constitutional regulatory authority, the mandate, though invalid on Commerce Clause grounds, survived under the Taxing and Spending Clause.

On the surface, the decision seems to have sustained a “big government” policy. However, Chief Justice Roberts may have capped the ability of the federal government to respond to future exigencies. Liberal scholars, in particular, have interpreted the limitation of the Commerce Clause in the decision as a silent victory for limited government.

Yet the decision does not limit government in the US the way some believe. While the federal government cannot directly mandate action, it can impose taxes for inaction. This essentially compels action. According to Roberts’ view of the Taxing Power, so long as such fines do not charge an additional criminal penalty, tax only a fraction of an individual’s earnings, and objectively raise revenue for the federal government, they can stand even if framed as penalties.  Viewed in this light, Sebelius is far from fatal to big government in the US. While it places one cap on congressional policymaking, it preserves another tool in Congress’ regulatory arsenal.

Political consequences aside, the effects of the Court’s recent decision remain to be seen. While the Court has ruled on the major legislative scheme of the Obama Administration, the verdict on the efficacy of the ACA in addressing the much maligned US health care system is yet to be decided. Even more intriguing are the constitutional consequences of the decision. Though Chief Justice Roberts’ judicial opinion seems to set limits on federal regulatory authority, the decision might be a big government wolf in limited government sheep’s clothing.