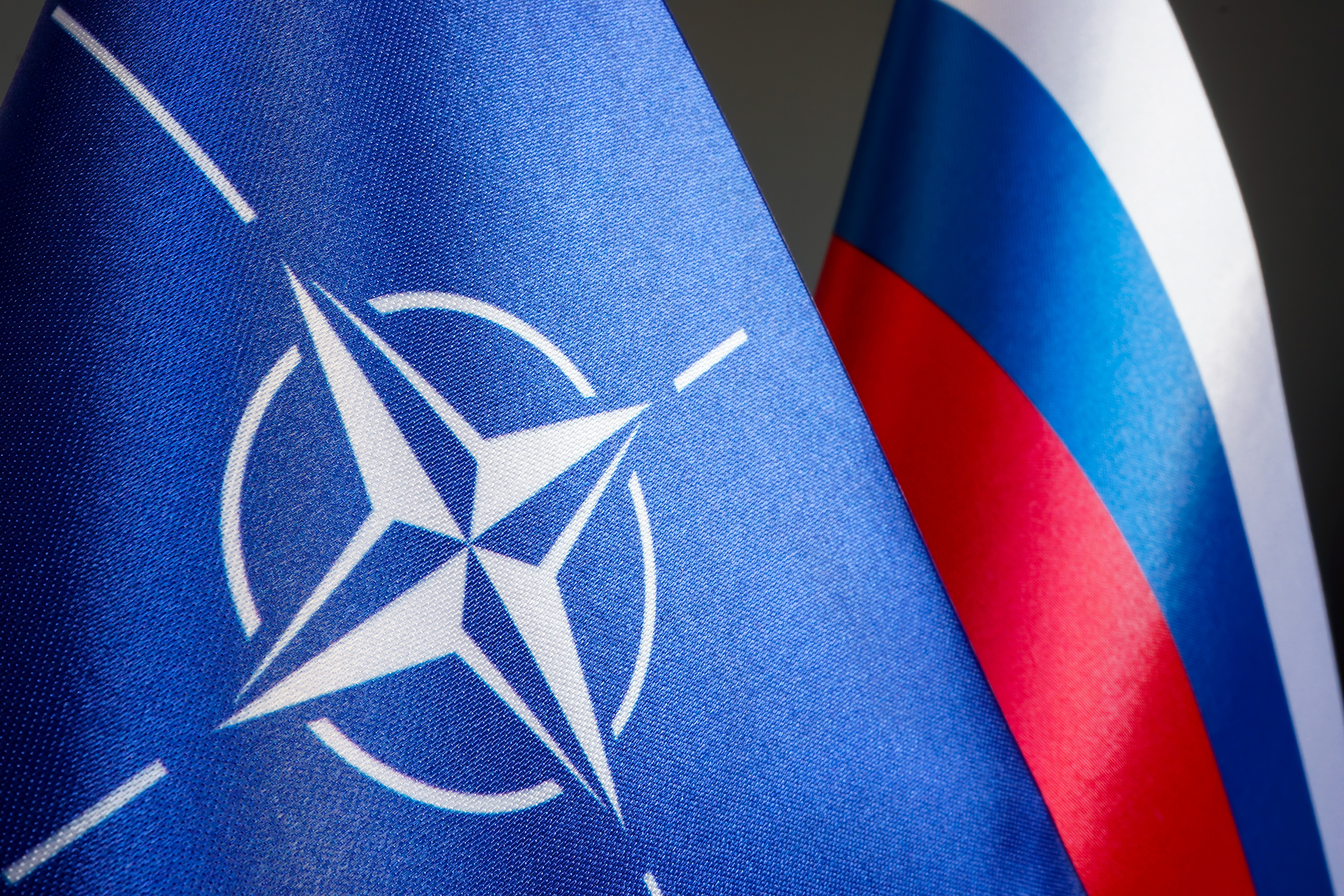 NATO Secretary General Jens Stoltenberg, known for his staunch support for Ukraine, recently revealed his greatest fear for this winter to a TV interviewer in his native Norway: that the fighting in Ukraine could spin out of control and become a major war between NATO and Russia. “If things go wrong,” he cautioned solemnly, “they can go horribly wrong.”

It was a rare admission from someone so involved in the war, and reflects the dichotomy in recent statements between US and NATO political leaders on one hand and military officials on the other. Civilian leaders still appear committed to waging a long, open-ended war in Ukraine, while military leaders, such as the US Chair of the Joint Chiefs of Staff General Mark Milley, have spoken out and urged Ukraine to “seize the moment” for peace talks.

Retired Admiral Michael Mullen, a former Joint Chiefs of Staff Chair, spoke out first, maybe testing the waters for Milley, telling ABC News that the US should “do everything we possibly can to try to get to the table to resolve this thing.”

Asia Times reported that other NATO military leaders share Milley’s view that neither Russia nor Ukraine can achieve an outright military victory, while French and German military assessments conclude that the stronger negotiating position Ukraine has gained through its recent military successes will be short-lived if it fails to heed Milley’s advice.

So why are US and NATO military leaders speaking out so urgently to reject the perpetuation of their own central role in the war in Ukraine? And why do they see such danger in the offing if their political bosses miss or ignore their cues for the shift to diplomacy?

A Study Reveals a Terrible US Dilemma

A Pentagon-commissioned Rand Corporation study published in December, titled Responding to a Russian Attack on NATO During the Ukraine War, provides clues as to what Milley and his military colleagues find so alarming. The study examines US options for responding to four scenarios in which Russia attacks a range of NATO targets, from a US intelligence satellite or a NATO arms depot in Poland to larger-scale missile attacks on NATO air bases and ports, including Ramstein US Air Base and the port of Rotterdam.

These four scenarios are all hypothetical and premised on a Russian escalation beyond the borders of Ukraine. But the authors’ analysis reveals just how fine and precarious the line is between limited and proportionate military responses to Russian escalation and a spiral of escalation that can spin out of control and lead to nuclear war.

The final sentence of the study’s conclusion reads: “The potential for nuclear use adds weight to the US goal of avoiding further escalation, a goal which might seem increasingly critical in the aftermath of a limited Russian conventional attack.” Yet other parts of the study argue against de-escalation or less-than-proportionate responses to Russian escalations, based on the same concerns with US “credibility” that drove devastating but ultimately futile rounds of escalation in Vietnam, Iraq, Afghanistan and other lost wars.

US political leaders are always afraid that if they do not respond forcefully enough to enemy actions, their enemies (now including China) will conclude that their military moves can decisively impact US policy and force the United States and its allies to retreat. But escalations driven by such fears have consistently led only to even more decisive and humiliating US defeats.

In Ukraine, US concerns about “credibility” are compounded by the need to demonstrate to its allies that NATO’s Article 5—which says that an attack on one NATO member will be considered an attack on all—is a truly watertight commitment to defend them.

So US policy in Ukraine is caught between the reputational need to intimidate its enemies and support its allies on the one hand, and the unthinkable real-world dangers of escalation on the other. If US leaders continue to act as they have in the past, favoring escalation over loss of “credibility,” they will be flirting with nuclear war, and the danger will only increase with each twist of the escalatory spiral.

As the absence of a “military solution” slowly dawns on the armchair warriors in Washington and NATO capitals, they are quietly slipping more conciliatory positions into their public statements. Most notably, they are replacing their previous insistence that Ukraine must be restored to its pre-2014 borders, meaning a return of all the Donbas and Crimea, with a call for Russia to withdraw only to pre-February 24, 2022, positions, which Russia had previously agreed to in negotiations in Turkey in March.

A Time for Realism?

US Secretary of State Antony Blinken told The Wall Street Journal on December 5th that the goal of the war is now “to take back territory that’s been seized from [Ukraine] since February 24th.” The WSJ reported that “Two European diplomats… said [US National Security Adviser Jake] Sullivan recommended that Mr. Zelenskyy’s team start thinking about its realistic demands and priorities for negotiations, including a reconsideration of its stated aim for Ukraine to regain Crimea, which was annexed in 2014.”

The Ukraine Crisis Is a Classic “Security Dilemma”

In another article, The Wall Street Journal quoted German officials saying, “they believe it is unrealistic to expect the Russian troops will be fully expelled from all the occupied territories,” while British officials defined the minimum basis for negotiations as Russia’s willingness to “withdraw to positions it occupied on February 23rd.”

One of Rishi Sunak’s first actions as UK Prime Minister at the end of October was to have Defence Minister Ben Wallace call Russian Defense Minister Sergei Shoigu for the first time since the Russian invasion in February. Wallace told Shoigu the UK wanted to de-escalate the conflict, a significant shift from the policies of former Prime Ministers Boris Johnson and Liz Truss.

A major stumbling block holding Western diplomats back from the peace table is the maximalist rhetoric and negotiating positions of President Zelenskyy and the Ukrainian government, which has insisted since April that it will not settle for anything short of full sovereignty over every inch of territory that Ukraine possessed before 2014.

But that maximalist position was itself a remarkable reversal from the position Ukraine took at cease-fire talks in Turkey in March, when it agreed to give up its ambition to join NATO and not to host foreign military bases in exchange for a Russian withdrawal to its pre-invasion positions. At those talks, Ukraine agreed to negotiate the future of Donbas and to postpone a final decision on the future of Crimea for up to 15 years.

The Financial Times broke the story of that 15-point peace plan on March 16, and Zelenskyy explained the “neutrality agreement” to his people in a national TV broadcast on March 27, promising to submit it to a national referendum before it could take effect.

But then UK Prime Minister Boris Johnson intervened on April 9 to quash that agreement. He told Zelenskyy that the UK and the “collective West” were “in it for the long run” and would back Ukraine to fight a long war, but would not sign on to any agreements Ukraine made with Russia.

This helps to explain why Zelenskyy is now so offended by Western suggestions that he should return to the negotiating table. Johnson has since resigned in disgrace, but he left Zelenskyy and the people of Ukraine hanging on his promises.

In April, Johnson claimed to be speaking for the “collective West,” but only the US publicly took a similar position, while France, Germany and Italy all called for new cease-fire negotiations in May. Now Johnson himself has done an about-face, writing in an op-ed for The Wall Street Journal on December 9 only that “Russian forces must be pushed back to the de facto boundary of February 24th.”

Johnson and Biden have made a shambles of Western policy on Ukraine, politically gluing themselves to a policy of unconditional, endless war that NATO military advisers reject for the soundest of reasons: to avoid the world-ending World War III that Biden himself promised to avoid.

US and NATO leaders are finally taking baby steps toward negotiations, but the critical question facing the world in 2023 is whether the warring parties will get to the negotiating table before the spiral of escalation spins catastrophically out of control.