Military soldier on the background of the flag of Ukraine. The flag of Ukraine is painted on a brick wall, a tired sad soldier sits with a weapon in his hands. Relations between Ukraine and Russia © Shark9208888 / shutterstock.com

On December 27 2022, both Russia and Ukraine issued calls for ending the war in Ukraine, but only on non-negotiable terms that they each knew the other side would reject.

Ukraine’s Foreign Minister Kuleba proposed a “peace summit” in February to be chaired by UN Secretary General Guterres, but with the precondition that Russia must first face prosecution for war crimes in an international court. On the other side, Russian Foreign Minister Lavrov issued a chilling ultimatum that Ukraine must accept Russia’s terms for peace or “the issue will be decided by the Russian Army.”

But what if there were a way of understanding this conflict and possible solutions that encompassed the views of all sides and could take us beyond one-sided narratives and proposals that serve only to fuel and escalate the war? The crisis in Ukraine is in fact a classic case of what International Relations scholars call a “security dilemma,” and this provides a more objective way of looking at it.

A security dilemma is a situation in which countries on each side take actions for their own defense that countries on the other side then see as a threat. Since offensive and defensive weapons and forces are often indistinguishable, one side’s defensive build-up can easily be seen as an offensive build-up by the other side. As each side responds to the actions of the other, the net result is a spiral of militarization and escalation, even though both sides insist, and may even believe, that their own actions are defensive.

The very essence of a security dilemma is the lack of trust between the parties. In the Cold War between the United States and the Soviet Union, the Cuban Missile Crisis served as an alarm bell that forced both sides to start negotiating arms control treaties and safeguard mechanisms that would limit escalation, even as deep levels of mistrust remained. Both sides recognized that the other was not hell-bent on destroying the world, and this provided the necessary minimum basis for negotiations and safeguards to try to ensure that this did not come to pass.

After the end of the Cold War, both sides cooperated with major reductions in their nuclear arsenals, but the United States gradually withdrew from a succession of arms control treaties, violated its promises not to expand NATO into Eastern Europe, and used military force in ways that directly violated the UN Charter’s prohibition against the “threat or use of force.” US leaders claimed that the conjunction of terrorism and the existence of nuclear, chemical and biological weapons gave them a new right to wage “preemptive war,” but neither the UN nor any other country ever agreed to that.

US aggression in Iraq, Afghanistan and elsewhere was alarming to people all over the world, and even to many Americans, so it was no wonder that Russian leaders were especially worried by America’s renewed post-Cold War militarism. As NATO incorporated more and more countries in Eastern Europe, a classic security dilemma began to play out.

President Vladimir Putin, who was elected in 2000, began to use international fora to challenge NATO expansion and US war-making, insisting that new diplomacy was needed to ensure the security of all countries in Europe, not only those invited to join NATO.

The former Communist countries in Eastern Europe joined NATO out of defensive concerns about possible Russian aggression, but this also exacerbated Russia’s security concerns about the ambitious and aggressive military alliance gathering around its borders, especially as the United States and NATO refused to address those concerns.

In this context, broken promises on NATO expansion, US serial aggression in the greater Middle East and elsewhere, and absurd claims that US missile defense batteries in Poland and Romania were to protect Europe from Iran, not Russia, set alarm bells ringing in Moscow.

The US withdrawal from nuclear arms control treaties and its refusal to alter its nuclear first strike policy raised even greater fears that a new generation of US nuclear weapons were being designed to give the United States a nuclear first strike capability against Russia.

On the other side, Russia’s increasing assertiveness on the world stage, including its military actions to defend Russian enclaves in Georgia and its intervention in Syria to defend its ally the Assad government, raised security concerns in other former Soviet republics and allies, including new NATO members. Where might Russia intervene next?

As the United States refused to diplomatically address Russia’s security concerns, each side took actions that ratcheted up the security dilemma. The United States backed the violent overthrow of President Yanukovych in Ukraine in 2014, which led to rebellions against the post-coup government in Crimea and Donbas. Russia responded by annexing Crimea and supporting the breakaway “people’s republics” of Donetsk and Luhansk.

Even if all sides were acting in good faith and out of defensive concerns, in the absence of effective diplomacy they all assumed the worst about each other’s motives as the crisis spun further out of control, exactly as the “security dilemma” model predicts that nations will do amid such rising tensions.

Of course, since mutual mistrust lies at the heart of any security dilemma, the situation is further complicated when any of the parties is seen to act in bad faith. Angela Merkel, Germany’s former chancellor, recently admitted that Western leaders had no intention of enforcing Ukraine’s compliance with the terms of the Minsk II agreement in 2015, and only agreed to it to buy time to build up Ukraine militarily.

Diplomacy, the Only Way Forward

The breakdown of the Minsk II peace agreement and the continuing diplomatic impasse in the larger geopolitical conflict between the United States, NATO and Russia plunged relations into a deepening crisis and led to the Russian invasion of Ukraine. Officials on all sides must have recognized the dynamics of the underlying security dilemma, and yet they failed to take the necessary diplomatic initiatives to resolve the crisis.

Peaceful, diplomatic alternatives have always been available if the parties chose to pursue them, but they did not. Does that mean that all sides deliberately chose war over peace? They would all deny that.

Yet all sides apparently now see advantages in a prolonged conflict, despite the relentless daily slaughter, dreadful and deteriorating conditions for millions of civilians, and the unthinkable dangers of full-scale war between NATO and Russia. All sides have convinced themselves they can or must win, and so they keep escalating the war, along with all its impacts and the risks that it will spin out of control.

President Joe Biden came to office promising a new era of American diplomacy, but has instead led the United States and the world to the brink of World War III.

Clearly, the only solution to a security dilemma like this is a cease-fire and peace agreement to stop the carnage, followed by the kind of diplomacy that took place between the United States and the Soviet Union in the decades that followed the Cuban Missile Crisis in 1962. This led to the Partial Nuclear Test Ban Treaty in 1963 and successive arms control treaties. Former UN official Alfred de Zayas has also called for UN-administered referenda to determine the wishes of the people of Crimea, Donetsk and Luhansk.

It is not an endorsement of an adversary’s conduct or position to negotiate a path to peaceful coexistence. We are witnessing the absolutist alternative in Ukraine today. There is no moral high ground in relentless, open-ended mass slaughter, managed, directed and in fact perpetrated by people in smart suits and military uniforms in imperial capitals thousands of miles from the crashing of shells, the cries of the wounded and the stench of death.

If proposals for peace talks are to be more than PR exercises, they must be firmly grounded in an understanding of the security needs of all sides, and a willingness to compromise to see that those needs are met and that all the underlying conflicts are addressed. 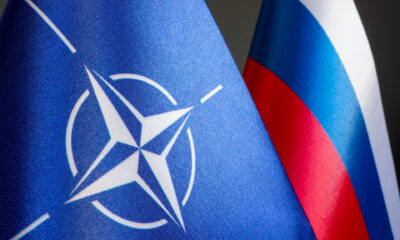