Everyone in business knows that as a general principle, the fastest-spreading, most revenue-positive ventures and messages wind up having the most influence. That’s true not just for individual people, but for businesses, business models, technologies, communications protocols, you name it. Fast replication and copious resources have always been the keys to evolutionary advantage in any ecosystem.

Presumably, that same obviousness applies to love vs. hate, both as principles and as messages. Hate seems to be rising everywhere, much of it transmitted through profit-making media. Could speed and money be part of that rise?

Is This Column a Coherent Perspective?

First, let’s take speed. Love grows slowly over countless micro-interactions, so it takes days and years of physical proximity for real love to evolve and grow — deeply-connected love, the kind rooted in the continuous-time nervous system, the parasympathetic (“rest/digest”) nervous system. That reciprocity could not possibly accumulate through a one-way medium, whether broadcast or narrowcast.

Fear, on the other hand, can travel quickly. (See here for an example of a gazelle’s white tail flashing alarm to the herd.) Alarms, like fear, travel just fine through one-way media because they are one-way messages aimed at the exception-handling nervous system — the sympathetic system (“fight/flight/freeze”). And they travel fast.

Now, take money and why love makes less of it. Love is subtle and becomes more so over time. After a while, love isn’t “news” or even still exciting. What mostly grabs attention and money are (again) surprise and alarm, which tilt toward fear, anger and hate. Alarming and divisive messages, being sudden, trigger the sympathetic system and with it our attention, engagement and resources.

Of course, we pay attention to sudden bad news and become anxious or fearful because that’s how the system evolved. But it evolved in the natural world where the only news came from fellow creatures nearby.  Our paleo ancestors didn’t have the internet.

Today, such paying attention is called “user engagement,” and that’s how firms such as Facebook make money. User engagement pays the bills. So, it’s no surprise that Facebook and similar tech companies try their best to make us pay attention, mostly by selecting and rearranging what we see to make us more interested. The algorithms which do that — which optimize user-engagement metrics and thereby boost profitable messages — also boost divisive messages.

In fact, as you might expect, they also boost actual divisiveness among the people who see those messages, which in large enough numbers have boosted actual attacks and killings in parts of the world. In an article for The Wall Street Journal, Jeff Horwitz and Deepa Seetharaman documented that Facebook has known for years that user-engagement revenue was blood money but kept chasing it anyway.

Unfortunately, what’s good for Facebook revenue is bad for human beings. Our alarm-detecting sympathetic nervous systems evolved to be used sparingly on rare occasions, not all day, every day. Humans evolved to play, cuddle and forage without interruptions, rules or deadlines. We evolved for a world with familiar people nearby and without news from afar. And without video recordings. Innocent paleo humans weren’t meant to know all the horrible events anywhere in the world all at once. And we certainly weren’t meant to see them in graphic detail.

In sum, hate in America is growing so fast because modern communications and monetization systems — in combination — are exploiting and saturating the alarm-producing parts of our nervous systems and starving the love-producing parts. This endgame is the engine of capitalism vs. human sensitivity.

If our brains evolved to mostly love but technology transmits mostly hate, which will win in the long run? Meanwhile, what will happen to the budding nervous systems of babies and children who grow up never knowing peace of mind?

*[Big tech has done an excellent job telling us about itself. This column, dubbed Tech Turncoat Truths, or TTT, goes beyond the hype, exploring how digital technology affects human minds and bodies. The picture isn’t pretty, but we don’t need pretty pictures. We need to see the truth of what we’re doing to ourselves.] 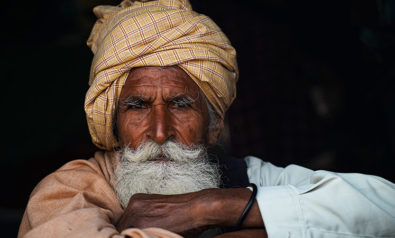 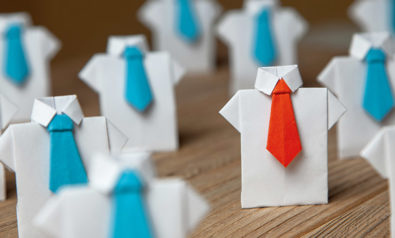