In a previous article on Fair Observer, I describe an unusual new way of communicating the most important parts of “scientific truth” through potentially noisy, biased news media. The key innovation is to consider them together, all at once, as a kind of jigsaw-puzzle about scientific truth, or a “jigsaw textbook.”

My own lofty, earnest hope is that the 20 articles I have written for Fair Observer so far (most under the column dubbed Tech Turncoat Truths or TTT), when assembled in that fashion, should provide my fellow human creatures with obvious, intuitive principles protecting ourselves. Not protecting money or power.

Why I Created This Column

In writing this column, I have hewn as close to the scientific ideals of non-bias, simplicity, clarity and coherence as I can. That’s easier than it seems because their unifying reference frame is neuromechanical trust — the trust humans have in our senses and ourselves. I am co-author of perhaps the only peer-reviewed quantitative framework explaining how humans (and even machines) form trust, the 60-page Sensory Metrics of Neuromechanical Trust. An additional, equivalent set of principles can be found in the “Warrants” section of the paper, 9.5 Hypotheses on the Informational Structure of Life. Both sets of principles comprise one of very few “grand unified theories” claiming to explain life, nervous systems, communication and economics. Of those grand theories, it is probably the only one explained directly to the public by an original author, no middlemen. I would be delighted to hear of any others.

That theory, in turn, itself originated in the capstone of my neuroscience career — a research paper describing the physical structure of an “ideal brain.” In physics, the word “ideal” means not “best” but “idealization,” like an ideal gas made of simple particles. The function of an ideal brain, by the way, is defined as its hardest computational task. In brains, that task turns out to be simulating accurate, moving 3-D images of body and world using vastly insufficient sensory data. For such a near-impossible computation, the only plausible brain hardware would involve a nanoscopic medium I call simulatrix, which would compute with wavefronts. Experiments have not discovered simulatrix, but neither have they looked for it.

In all this work, my equal partner has been narratologist Criscillia Benford, whose mathematical understanding of commercial media in general (and multiplot novels like “Bleak House” in particular) is as broad as the ideal brain project. Fortunately, our two frameworks agree. We separately pursued those for a decade, before collaborating for another decade without ideological agenda or institutional funding. Our two approaches overlap so well because her understanding of human symbolic communication, my understanding of the brain and our mutual understanding of neuromechanical trust can all be grounded, in common, in the mathematical “information sciences.”

Transparency, objectivity and coherence are hard to get right in any perspective. But if you do get them right, it becomes all the harder for others to tamper with your ideas after the fact. So in evaluating a potentially coherent perspective, clarity and transparency ought to be the first things a reader looks for, even before checking facts or consistency.

First, if a scientific perspective isn’t clear and transparent, you can’t even check if it makes sense, much less use it even if it is. So as a first step, read a few TTT articles, besides these this one and its twin. Do they make sense to you? If not, save yourself the trouble of reading further.

Second, do they at least look like they might be intellectually coherent, as if they really did draw on the same few simple source ideas? To do that test, ultimately you’d have to read each article, list ideas in them and compare pairs of ideas across the articles. That takes way more time and thought, so save it for later.

As an easier first step, one can at least look at what disciplinary subjects each article covers. If the pool of source ideas is, in fact, small and deep, different disciplines should be equally represented and equally interconnected. I believe that is the case, so below I’ve taken the first step to make it even easier.

For each of the preceding 18 articles, I have checked the major quantitative disciples it involves. Inspection shows that every discipline is connected to every other one at least once. This does not mean the articles are true, or even internally self-consistent. It merely does show that TTT’s subject matter is not biased toward any particular discipline, and it links disciplines roughly symmetrically. That means that if the ideas do prove self-consistent, they could at least be a candidate for a coherent perspective.

If they pass these first two steps with you, the next step for you is to decide how much you care about ideal scientific truth. The more you want to know about ideal science, the more you will want to behave and think like an ideal reader. But whether or not your reading is ideal, you’re still a perfect human being, just as you are. The truth is simple and true, but you don’t need to know it to live.

*[Big tech has done an excellent job telling us about itself. This column, dubbed Tech Turncoat Truths, or TTT, goes beyond the hype, exploring how digital technology affects human minds and bodies. The picture isn’t pretty, but we don’t need pretty pictures. We need to see the truth of what we’re doing to ourselves.] 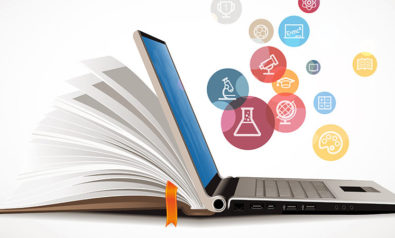 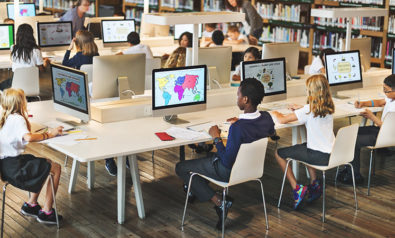 Should Schools Rely on Ed Tech?