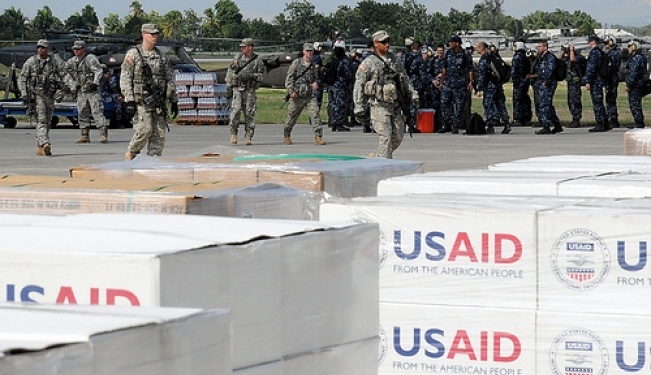 A humanitarian worker's perspective on US aid and assistance, and its relevance today.

Prior to 2009, I had spent most of the preceding forty years overseas working in support of America's presumption to 'develop' those less fortunate than us. I had begun as a platoon leader in Vietnam and had subsequently earned my living as a humanitarian worker during and after American engagements in Africa and Asia. During this period, we got echos of the transformation taking place back home. President Clinton's declarations heralding the new knowledge economy and the growth of Silicon valley as the global incubator for change seemed like the dawn of a brave new age. Like the industrial revolution in 18th century England, the technological revolution created the sense that great change was gestating.

I came back in 2009 to create a non-profit, which could address the failures of official American foreign assistance.  In developing our 'value proposition', I met with people in business schools who introduced me to the term, ''disinter-mediate''. It was, in fact, all around me. Political parties were shriveling before the impact of on-line campaigning; more and more shopping was being done over the net; and community was being redefined by social media. The vast network of brokers which dominated my generation was being cut out – they were being disinter-mediated. The post World War II brokers were now vestigial. Algorithms moved monies and movements past them faster than Jack Flash.

A similar change was happening in my type of work. Annie Swanson of Seattle was waking up, wiping the sleep from her eyes and sitting down at her keyboard to go on-line with an Iraqi women’s group, which was fighting against gender based violence. Later she would use her plastic to send a donation to the group, sharing the news instantaneously, as she did, with her friends. Millions around our country were going direct at the same time. It was called peer to peer or direct giving, in which American activists gave sums to their counterparts overseas.

Meanwhile there was another Annie, working overseas as a civil servant for our Agency for International Development.  She was holed up inside a perimeter, rarely allowed out and, when she was, it was only if protected by a squad of shooters.  She was seen by the local population as an occupier not as a partner. It cost us $500,000 a year to keep her secure.

The two women above represent the anomaly of our times. As our national politics, commerce and culture disinter-mediates – cut away the brokers and the brokerage fees –  our government assistance overseas at about $20 billion annually remains an obstacle to America's ability to project its values in an efficient and credible manner.   The message is simple; Let us project our values overseas with our civil society, not our civil service. The technologies allow it; the times demand it. It is past time to retire USAID.