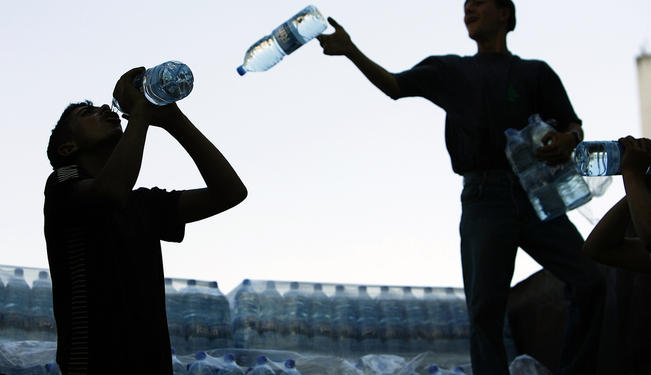 The recent assassination of Wissam al-Hassan in Beirut, brings us one step closer to more war and chaos in the Middle East. Given the history of widespread violence and the implications for the US, why are the largest of the American charities — many of which have provided billions of dollars worth of US government relief assistance in the region for over 60 years — so silent?

I first succumbed to the notion of working in a humanitarian effort overseas in 1981. Before that I had been a soldier and a manager of a small business. Of course, the reasons for this transition were mixed but among them was the ambition to right some wrongs. As a newcomer, I was sent to war — the civil war in Lebanon, a so-called manmade emergency.

Soon enough, I learned that right and wrong were not central to our work. What was central was: surcease, salve and relief for those victims we could reach — to the extent that the American government was willing to pay for it. My first boss in this new ambition of mine told me, "We are the mop; we mop up after failed US foreign policy."

Quite a burden to bear, on two counts. First, the almost uninterrupted string of policy failures over the last four decades from the Gulf of Tonkin onwards to WMDs; and second, that those who are closest to the policy as it hits the ground, the humanitarian workers, are relegated to the mop. Frankly, in many instances, I should say "choose" to be defined by the mop, since the mop affords large financial margins for ''grow or die'' charities. The price, it seems, for accepting that federal largess is to maintain a public silence on wayward policy.

So, there you have it. Silence from America's pre-eminent humanitarian agencies as regards to the "hearts and minds" and "clear/hold/build" policies in Vietnam, Nicaragua, Afghanistan, Iraq and silence again as America stood mute before Rwanda and Sarajevo.

Today, we have Syria on our hands. Thoughtful journalists from the region are intimating the possible end of Sykes-Picot, the agreement made almost a hundred years ago by Britain and France which decided today's boundaries in the Middle East. Yes, there are now possibilities of a regional convulsion which would partition Lebanon, Syria, Iraq, and perhaps beyond. Given the track record of Washington's nomenklatura in getting the policy "right" and with the current inclination of the humanitarian agencies to sit on the sidelines, mop in hand until the killing has become headlines in the popular press, what hope do we have for best case scenarios in this — one of the world's most strategically important and imperiled places?

Surely, if for only their own integrity and dignity, America's major charities should be engaging right now inside Syria, in western Iraq, in south Beirut and taking the risk to join the handful of intrepid journalists in guiding the American public towards a more sustainable and saner policy than they have had in over fifty years.