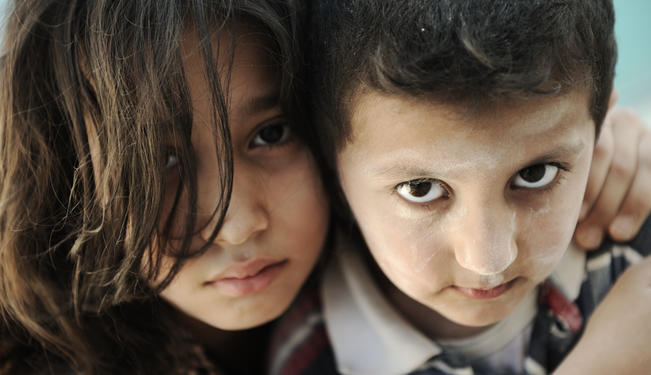 New technologies and civil society engagement can provide better results through foreign assistance from the US to the Middle East. This is the first of two parts.

The American relationship with the Arab world has been in place since the Jeffersonian era. It was forged at a time when uncompromised access to Mediterranean shipping lanes was pivotal to the young nation’s trade capacity. Since then, the landscape of the Middle East has been continuously shifting as various forces — from Marx to Aramco, and from Allenby to the Internet — have played out across the region. For over 100 years, there has been a fundamental anomaly which has plagued the Middle East with unmet expectations for political stability and economic progress. Earlier, language, religion, geographical proximity, and Empire (Caliphate) had provided a modicum of unity of culture and control which had allowed for the trade in ideas as well as for goods and services. The Allied victory in 1917 and the subsequent implementation of Sykes-Picot, within the context of the explosive growth of the “nation-state,” created externally imposed boundaries around geographical entities which often owed their sustenance and direction to Western influence — whether colonial, Cold-War or the current situation, often identified as Pax-Americana.

Today, while geography and natural resources continue to underline the economic importance of the Middle East, the region also presents some of the most pressing security issues for the United States. In 2003, US intervention in Iraq empowered a Shi'a majority that had long been repressed under the Sunni-led Ba'ath party. The inability to constrain Israel in July 2006 in Lebanon or in December 2008 in Gaza, has added to the growing disaffection in the Arab world towards America at the same time as radical Islam has often been filling the vacuum of discredited Arab heads of state. In 2013, amidst citizen-led revolutions that are bringing long-held authoritarian regimes to an end, the US Government claims it has maintained its commitment to the region, hoping to increase prosperity, promote freedom, and counter extremist ideology.

With renewed recognition that transformative development assistance is required to effect long-term, fundamental, and positive change between the US and citizens across the Middle East, there has been a move to increase value-based forms of assistance. The current US Secretary of State, John Kerry, had pressed for an American policy shift from viewing the Middle East solely through the security-oriented lens of 9/11. Instead, he lauded the promotion of programs that will strengthen US engagement with the people of the region. This echoes calls by President Barack Obama and the US State Department for increased citizen-to-citizen engagement with the Middle East, voiced in key speeches by the president in Cairo and Doha since 2009. Former Secretary of State Hillary Clinton was also an advocate on behalf of “smart power”, which was referenced in the State Department’s Quadrennial Diplomacy and Development Review (QDDR). She highlighted the need to tap into the expertise, experience, and energy of civil society to capitalize on the historic popular movements and uprisings across the region.

The Current Structure of Foreign Assistance

The US government’s goals for increased civil society engagement in the Middle East will, however, remain limited unless there is significant change to the model and method of implementation for US foreign assistance across the region. Since the establishment of the US Foreign Assistance Act of 1961, the underlying structure of overseas development assistance has remained largely unchanged. Today, current policy debates surrounding foreign aid spending emphasize the financial and security implications of the appropriation requests put forth by the US State Department and the United States Agency for International Development (USAID), with significantly less discussion given to the overall design of aid interventions, or the reformation of the system itself.

The current foreign assistance paradigm is characterized by encumbered channels of aid distribution and a heavy footprint. This implies a resulting lack of local ownership, high cost, and perceptions of imposition and occupation among targeted populations — particularly in what are considered to be “fragile states.” The trickle-down of official US foreign aid dollars is tortuous and, more often than not, experiences multiple transaction costs as it moves from the American taxpayer to the US government, and then to aid agencies or private organizations in the field. It is estimatedthat before public monies reach project implementation and the beneficiaries overseas, 60% will have already been spent, meaning that beneficiaries are only likely to see $0.40 or less of every dollar.

In Iraq, where the US has directed over $100bn in development funds since 2003, the Center of Strategic and International Studies (CSIS) determined that only $0.27 from every dollar reached the Iraqis. The CSIS found this inefficiency to be detrimental to sustainable social, political, and economic development in Iraq. With political upheaval spreading from Tunisia to the Persian Gulf, the shortcomings of US development assistance in Arab countries to effectively address the shared desire for good governance, security, and social and economic well-being, has become all too evident.

Furthermore, the security bubble that accommodates "official" Americans working abroad in fragile states is costly, reaching $500,000 per person annually. As government employees, they must be protected by federal assets, whether contracted through private security companies or by US military personnel. With insecure environments, this results in limited movement by US government employees outside of secure compounds, with few opportunities to engage in dialogue with local communities or to see in person how appropriated funds are being spent on the ground.

When outside visits by government personnel are possible, they frequently involve the accompaniment of a large-scale security detail, presenting US government employees to communities with weapons in full view, and conveying an image of “occupier” rather than partner in development. The impact of this type of “fortress diplomacy” is perhaps most significant within the Middle East, a region where the projection of US interests and values plays a vital strategic role, and yet where it has seen limited progress. In Iraq, the large-scale application of foreign assistance that followed the initial military operations has been mired in controversy over corruption allegations, and its failure to attract local ownership for development interventions.

In contrast, non-government workers operating outside of armed perimeters in fragile states such as Iraq and Afghanistan work at their own risk, relying on community acceptance strategies for protection, as opposed to deterrence strategies — at a fraction of the cost. David Holdridge, an international relief and development professional, with over 30 years managing large-scale humanitarian programs overseas, most recently spent seven years living outside the perimeter in Iraq. In his former position as Middle East Regional Director for Mercy Corps, he was responsible for implementing multi-million dollar US government grants, while keeping dozens of expatriate employees and hundreds of Iraqi national staff safe. The decision to locate staff and offices outside of armed compounds was never a question. He observes: “Statistics support that acceptance strategy was not only a better development idea, but kept expatriates safer than those employing deterrence strategy.”

Read the final part on March 21.